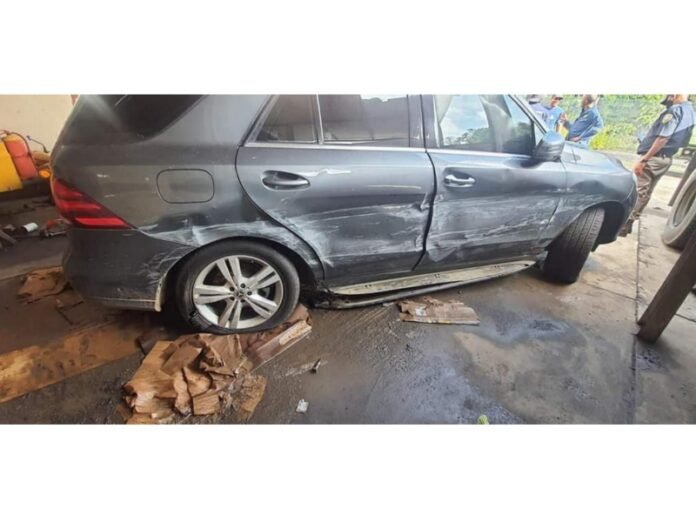 The new Alfred Duma Local Municipality mayor is in trouble after crashing his official car after only ten days in office.

Mayor Zamo Sibisi then dug an even deeper hole for himself after trying to sweep the incident under the carpet.

Sibisi was allegedly driving the vehicle home from a birthday bash on 27 December last year when his Mercedes Benz SUV, worth more than one million rand, was involved in a serious accident.

Sibisi, who was elected mayor on 17 December, has now been accused of trying to hide the accident to avoid backlash from opposition parties.

The incumbent mayor denies any allegation that he tried to cover up the crash.

He told Scrolla.Africa that he was not driving and that the crash took place when another car unexpectedly swerved into their lane.

“The vehicle was driven by my bodyguard as an official designated driver. Unfortunately while we were on the road to visit Nquthu mayor Zamo Shabalala, there was a car that was trying to avoid the pothole and swerved straight into our lane and crashed into my official vehicle,” Sibisi said.

He added that he denies all reports that he was drunk at the time of the accident or that there were female occupants in the car who he had been partying with, accusing the ANC of “spreading rumours”.

“First of all I don’t drink. I am a born again Christian,” Sibisi said.

“I drove to Nquthu to seek advice from the mayor of that town because I’m still new in this position and I needed someone who can assist me in how I can do my mayoral duties,” he explained.

“Nothing was hidden about this accident but the municipality will issue a formal statement with all the details including the accident report.” 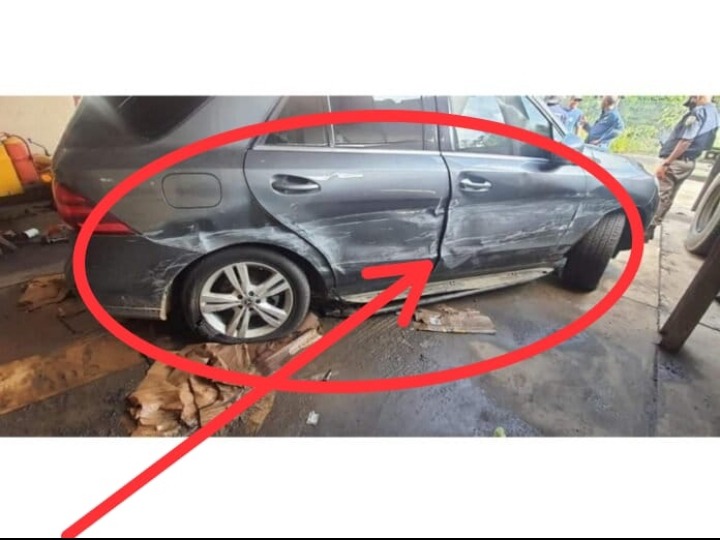 ANC party spokesperson Bheki Khanyile said that Sibisi crashed the Mercedes Benz while on a personal trip in the Nquthu area.

“The vehicle crashed by a mayor who had been in office for less than a month and he tried to hide it. We are also shocked that the DA, EFF and ABC are quiet about this. We want a thorough investigation into the incident,” said Khanyile.

He was worried after seeing his order number

Ex-Pirates Striker Set To Be A Free Agent Soon

Mzansi:Video Of Namhla Being Beaten By her Boyfriend With Shambok make mzansi Angry See Here

"After 4 Years Trying To Get Into This Company, Today They Decided To Let Me In" A guy shares