EFF Sends a letter to the President, here’s what the letter is all about,

By News_Trendz (self meida writer) | 1 months

The Economic Freedom Fighters(EFF) have composed a letter to President Cyril Ramaphosa requiring the kickoff of political spaces inside the country. The gathering imparted pictures of an authoritative report to their requests to web-based media. 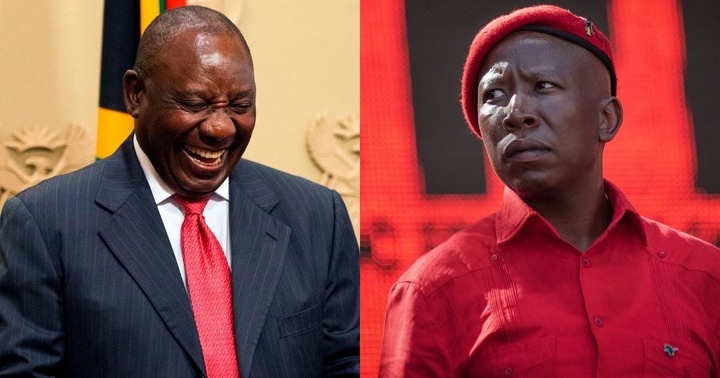 The archive was routed to both the president and his own collaborator. The gathering accepts that political social affairs are fundamental for the nation's endurance.

The Red Berets said that there was no obvious sign of the metropolitan surveys being delayed, thusly, political get-togethers and missions ought to be permitted to continue.

The EFF has composed a legitimate letter to President Cyril Ramaphosa about the resumption of political get-togethers. Investigate the tweet beneath: 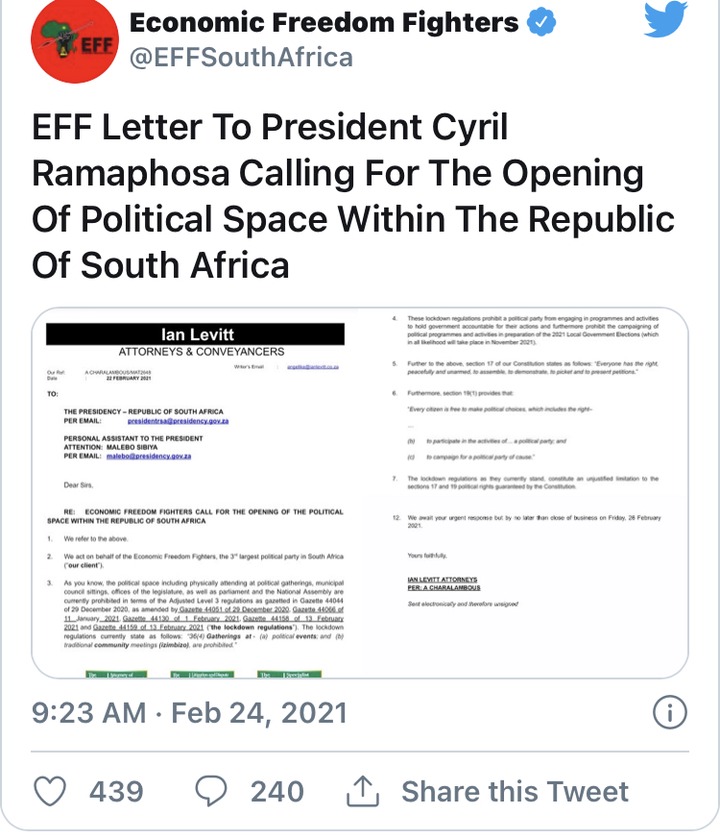 "The same party that is behind lockdown. You guys are real flip-floppers. Do you stand for anything?"

"A lawyer's letter?! Really?! Surely this is a political matter which the EFF could address directly with the Government with probably a marginally better chance of a hearing, without the legal fees? Now it will just be ignored."

"You said he must not open the country, accusing him of being overexcited and that it's too early, now because you want to push your agendas he must open space, how hypocritical."

"Guys you were against the easing of restrictions and now this. Hhayibo you are making it hard to defend you now."

Content created and supplied by: News_Trendz (via Opera News )

Bad news for Somizi Mhlongo as he's back in court

Get to know more about Wayne Van Rooyen AKA Stokiie

Thing's to Know about Kabomo Vilakazi