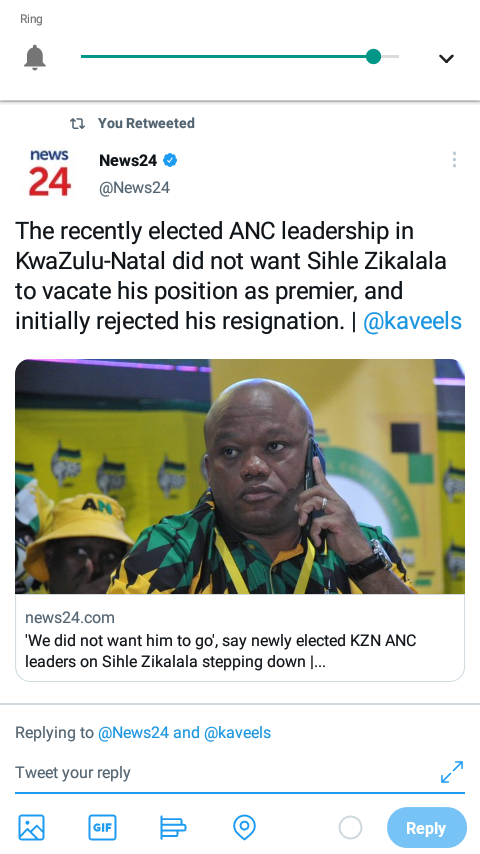 On Monday, they said that the current finance MEC, Nomusa Dube-Ncube, would be their top choice for prime minister.

This would make Dube-Ncube the first woman to be the leader of the province in its entire history.

Bheki Mtolo, the provincial secretary, said that there was never a push to get rid of Zikalala.

"No one ever told him to quit, but he did make an offer to us as leaders, which we turned down," he said.

But Zikalala was able to convince the leaders in the end, "which forced us to agree with him as our senior and a cadre of the movement."

"Even though we didn't agree with his offer to step down as premier, we thought it was important to think about it and respect it," Mtolo said.

He said that there was no bad blood between the current leadership and Zikalala. He also said that he would keep working within the party.

We can promise the people of our beautiful province that his resignation won't cause any trouble. As for the movement, we still have a lot of work for him to do as the leader to help our people, and he has agreed to do so.

Mtolo said that Zikalala had done a lot for the party.

Because of his work in the ANC government, we will always owe him a lot. As leaders, it is our job to make sure that the movement stays united as we move toward the general election. "

He also said that the party's main goal would be to help "the masses of people."

"We are working hard to turn the tide against unemployment, violence against women, and crime."

In his farewell speech last week, Zikalala sided with former president Jacob Zuma. He said that there were political claims that he had betrayed Zuma.

"I want to make it clear that I have backed President Zuma since June 14, 2005, and I still do." "I backed him because he was a leader and because he gave his life to free South Africa," he said.

Zikalala also said that there was a "false story" that said he was working with President Cyril Ramaphosa.

"The ANC's tradition says that members must always accept and work with the elected leadership, even if they didn't support that leadership's election." 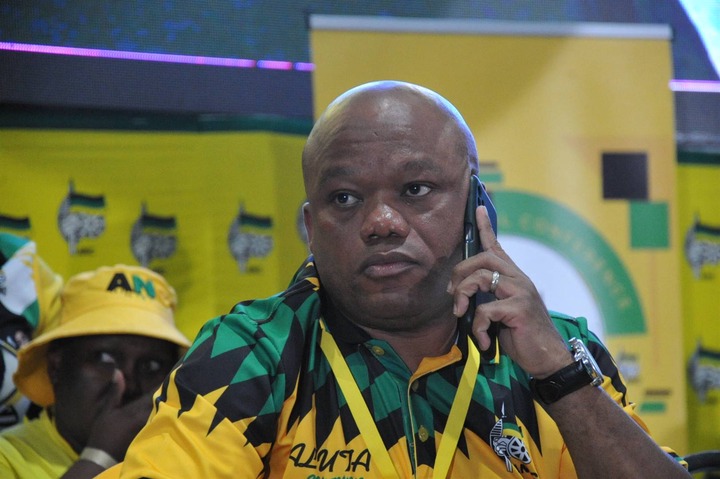 Zikalala will still be a KZN legislature member.

"Friday night with the boys." A guy posted but people could not stop but notice this instead.