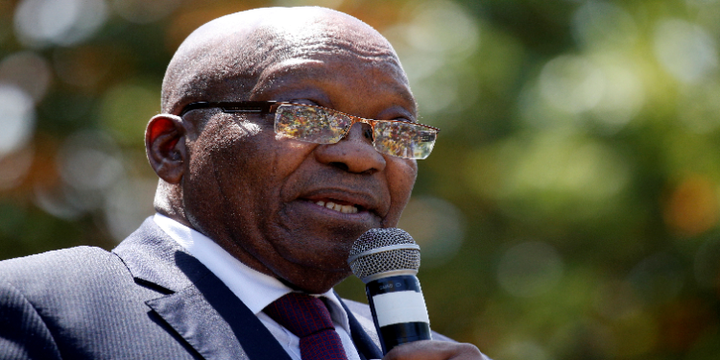 The controversial former president of the republic of south africa Jacob Zuma has been restless right from the day he was forced to vacate the presidential office,Zuma is one president who's known to have created a mess and misgovernance of south africa.Many south africans and the opposition parties sees him as a founding father of the most corrupt government since the dawn of democracy,there has been massive outcry in the south african political spectrum during Zuma's tenure as the president of south africa,the politicians,especially those who were the members of the African National Congress,had committed heinous crimes and stole from the public purse until it got dry. 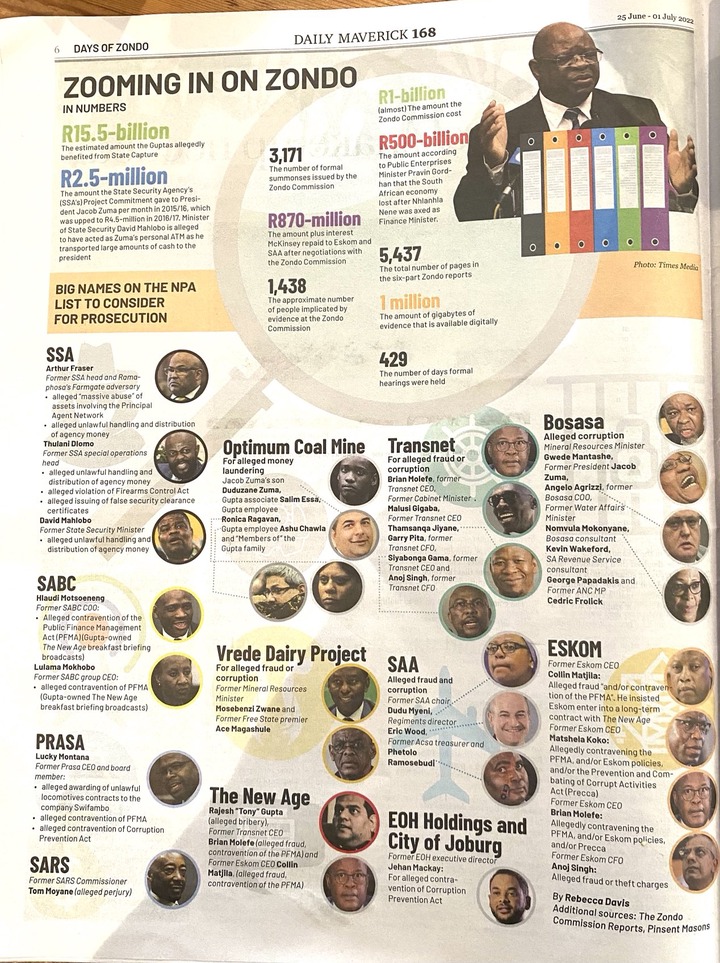 President Cyril Ramaphosa had received a long report from the chief justice Raymond Zondo who was given a huge responsibility to head the state capture commission.President Cyril Ramaphosa had during the week said that the state capture is an assault to the south African democracy and all those who are implicated will face the music and full might of the law.The wealthy indian family called the Guptas has since flew south africa after their name was mentioned and associated with many politicians who served during Jacob Zuma's tenure,the Guptas are known to be the masterminds of the capture of the south african government. 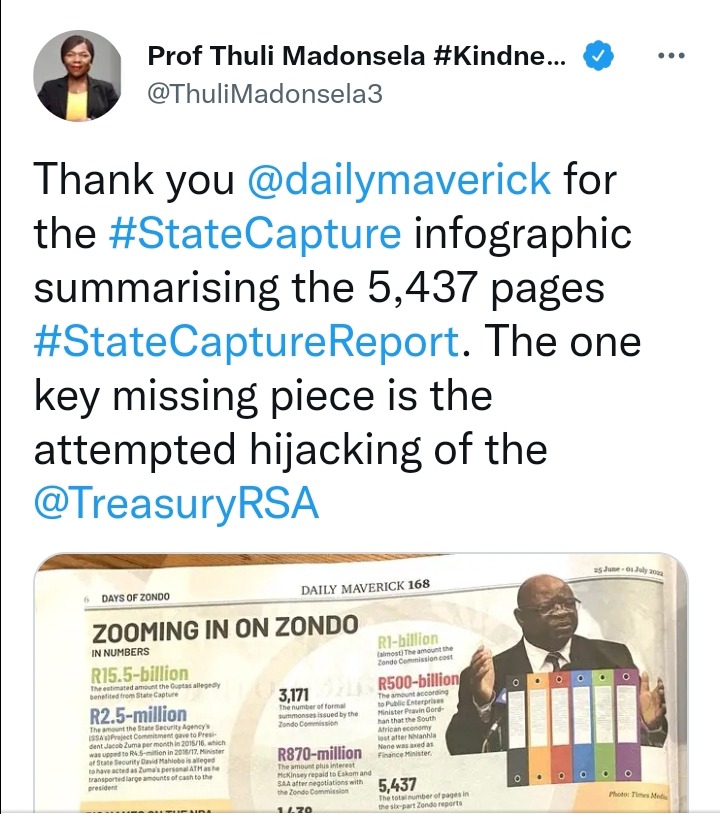 Dailymaverick had made a beautiful and readable Summary of the findings of the state capture commission,The former public protector applauded the media house for such exceptional summary,some of the reports comprises of more than thousand pages,which will be quite challenging for the majority of the south africans to go through them page by page.The south Africans are impatiently awaiting to see the justice prevailing and all the implicated top leaders going to jail or order to pay back the money they have stolen from the poor south africans through tenders and the orders from the Guptas,The commission had cost the country a lot of money already,the justice has to prevail.