Is Julius Malema a prophet?, what he said about Makhosi Khoza came true

Without any fear or favour some of things which the founder and commander in chief of the Economic Freedom Fighters Julius Sello Malema says, they do come true. Yes sometimes he does failed but mostly in what involves other political parties, he mostly get it correct. 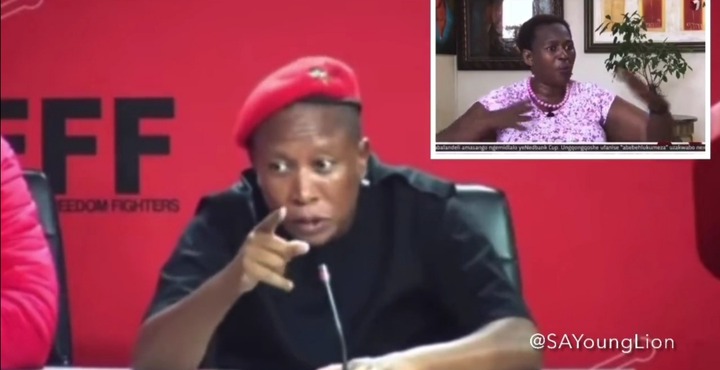 When the former African National Congress member, Dr Makhosi Khoza joined the ActionSA under the leadership of Herman Mashaba, the commander in chief of the Economic Freedom Fighters Julius Sello Malema daid it as a joke that Dr Makhosi Khoza will be a problem at the ActionSA.

Fe days ago, the ActionSA announced that "Following a series of public outbursts in January, ActionSA instituted a disciplinary inquiry into the conduct of Dr Khoza, with charges including bringing the party into disrepute, deliberately acting in a way that negatively impacts the party and acting in a manner that causes disunity in the party."

What Julius Sello Malema said it Exactly came out like that and now that she has been fired from the party, she's exposing the ActionSA as a party, Herman Mashaba and leadership of the party.