“Return All Foreign Nationals Back To Their Father’s Land Before 2nd Of November” DA Guns Out.

DA leader John Steenhuisen keeps up with that he won't apologize for his party's disputable political decision banners in Phoenix, Durban, that caused shock among numerous South Africans. 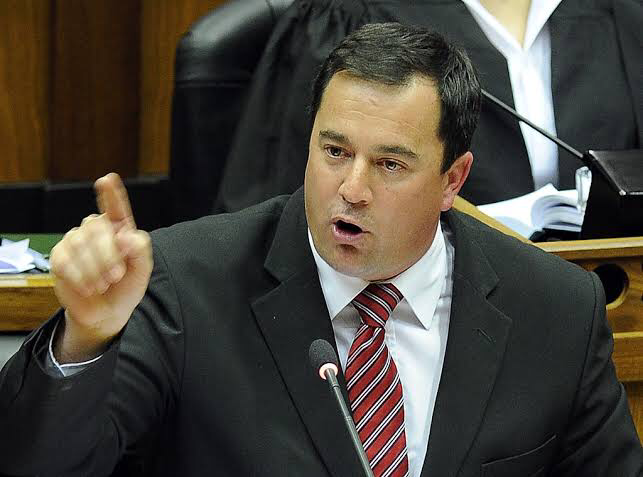 Steenhuisen says the informing on the banners – which read: "The ANC called you bigots" and "The DA calls you saints" – has been "misconstrued".

He says all his party was attempting to do was to honor "honest residents of all tones who supported lawfulness" during the dangerous July turmoil that immersed portions of KwaZulu-Natal and Gauteng.

The DA political race banners in Phoenix, KZN, read: 'The ANC called you bigots' and 'The DA calls you legends'. Picture: Twitter/@SihleSamketi

In a meeting with the City Press, Steenhuisen said he was able to acknowledge that the "confusion" of the DA's message upset individuals and this wasn't great for the party's political race.

Yet, he would in any case not apologize for calling South Africans who supported law and order saints.

"I will not apologize for declining to call South Africans, paying little mind to their shading, who defended peace and lawfulness and secured their organizations, homes, vocations and networks from brutal thieves, vigilantes who went rogue and acted criminally. They were saints for stepping in when government withdrew and permitted wilderness and obliteration to grab hold," Steenhuisen was cited as saying.

Notwithstanding the DA bringing down the banners after supported public strain and inward divisions over the banner adventure, the DA chief said he trusted South Africans would comprehend his party's message, saying they had no evil goals and were doing whatever it takes not to mix racial pressures in Phoenix.

He wouldn't remark on whether the DA would make a disciplinary move against those liable for setting up the banners, saying the Federal Legal Commission would manage the matter.

Phoenix has been a hotbed of racial pressure since the plundering and uproars in July. In excess of 30 individuals passed on and more than 50 were harmed nearby during brutal turmoil and plundering that happened in KwaZulu-Natal and Gauteng, apparently set off by the capture of previous president Jacob Zuma.

"In my genuine work to respect the grit and bravery of honest residents who were left to battle for themselves during the July uproars and insurgences, the banners have remorsefully made harmed certain individuals. I'm profoundly heartbroken and apologize for this," Macpherson said.

ANC appointee secretary-general Jessie Duarte said in spite of the fact that it was "something worth being thankful for" that the DA brought the banners down, the overseeing party would in any case proceed with its Human Rights Commission grievance.