OPINION: Zuma Told Cyril To Complain About The Alleged Leak Of His Confidential Medical Info - Mpofu

As Dali Mpofu continues to secure past President Jacob Zuma in court for the Arms Deal case, he revealed an amazingly charming thing about a complaint Zuma explained to Ramaphosa concerning the media.

As everyone probably knows now, the media of South Africa loves Jacob Zuma a ton and understands his name reliably sells papers and leads people to tap on an article quickly.

It seems like Zuma has gotten notice of this and he's incredibly bothered concerning how he's managed and constantly demonized by the media.

Dali Mpofu has uncovered in court today that Zuma was so baffled with respect to the way in which media gets him where he even stayed in contact with Ramaphosa crying concerning how the media delivered his private clinical information to general society. 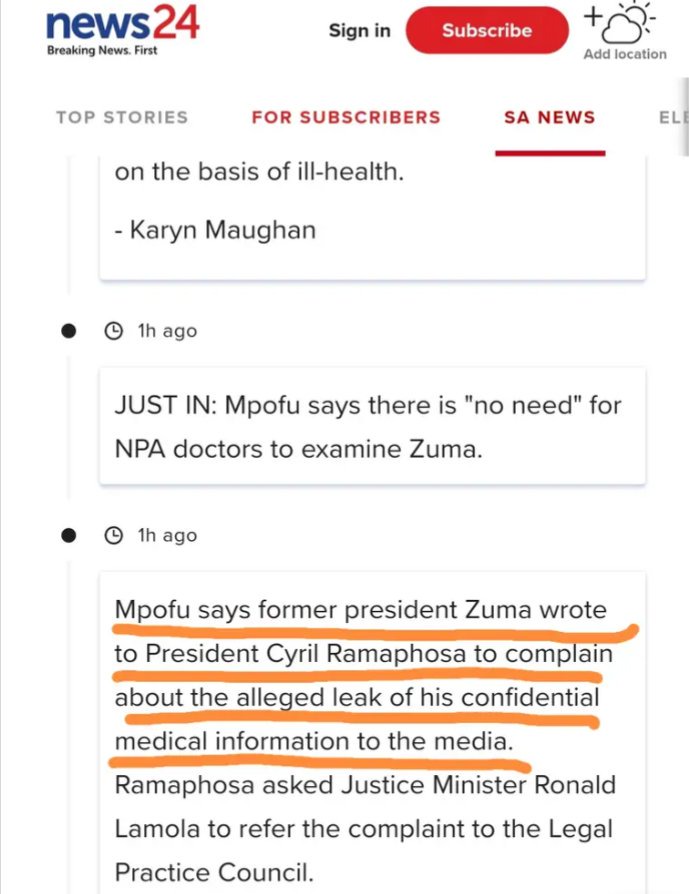 So far Ramaphosa hasn't expressed a word about this supposed letter, at this point since the media is at this point explaining Zuma straight up until the present time, its enough to reason that he didn't do anything about the protesting.

Mpofu in all likelihood shouldn't have revealed that in court, since he's gotten into a dilemma for the rest of people who are faulted for something. They'll right now start protesting to the President whenever the media creates something negative concerning them.

The media is handling its work of specifying, on the off chance that there's kinfolk whom Zuma should cry about, are those close to him, since they are the ones who truly delivered the clinical information. The media just dealt with its work of offering an explanation to general society.

In light of the way in which Mpofu was fighting in court today, Msholozi is far away from win as Mpofu didn't clear himself well and also, he was energetic in his responses the when NPA were presenting requests about the whereabouts of Zuma, since he was missing in court.