Terrible Message Pour In For Mkhwebane This Evening 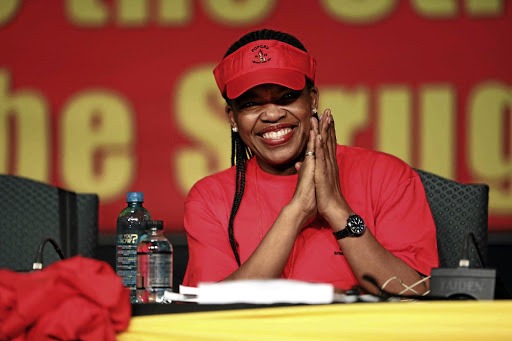 Eastern Cape Premier Oscar Mabuyane has hit back at Public Protector Busisiwe Mkhwebane following her dooming report which involves him in the plundering of assets implied for a dedication administration of late battle symbol Winnie Madikizela-Mandela.

Mabuyane, talking on Sunday during the ANC's political race trail in the Eastern Cape, scrutinized Mkhwebane's wellness to hold office, saying South Africans should have been shielded from her ineptitude.

In her discoveries, Mkhwebane found that Mabuyane, alongside Eastern Cape public works MEC Babalo Madikizela and the common ANC, all purportedly benefited in a R1.1 million delicate put away to move grievers to Madikizela-Mandela's remembrance administration in Mbizana back in 2018.

Mabuyane actually benefited to the tune of R450,000, cash that was evidently used to subsidize his home remodels, while a privately owned business possessed by Madikizela's significant other got R350,000 through the Mbizana Local Municipality. The ANC in the region got the rest, through its FNB gathering pledges account.

There host been mounting calls from resistance gatherings for Mabuyane to venture down over the public defender's report that was delivered on Friday.

'There are issues concerning how she acts'

However, the head said his attorneys would document court papers this week testing Mkhwebane's report since he accepts that she was one-sided towards him.

"I'm taking that report for survey on considerable grounds just as on specialized grounds," Mabuyane said.

"As I was paying attention to the report being postponed, I never saw that report [and] I possibly got it at 4pm [on Friday] when she had conveyed it.

"For the most part there are issues concerning how she acts and behaves yet we are going for a survey, that is the choice [and] legal counselors are documenting papers," he added.

At the end of the week, Ramaphosa said he had not yet perused the public defender's report into his political partner, saying he had just found out about it through the media.

Ramaphosa said he would concentrate on the report and accepts this is a matter that "must be checked out intently".

"I haven't seen the report myself, I've quite recently found out with regards to it in the media. Furthermore, plainly, it's a matter that must be taken a gander at intently, to be contemplated [and] put viable," the president said, talking on the ANC's battle field in eThekwini, KwaZulu-Natal.