For the longest time, women were expected to kneel down when a man or elders food or water. It was done as a form of respect, it still is considered as respect and it's something women are taught while they're still young. 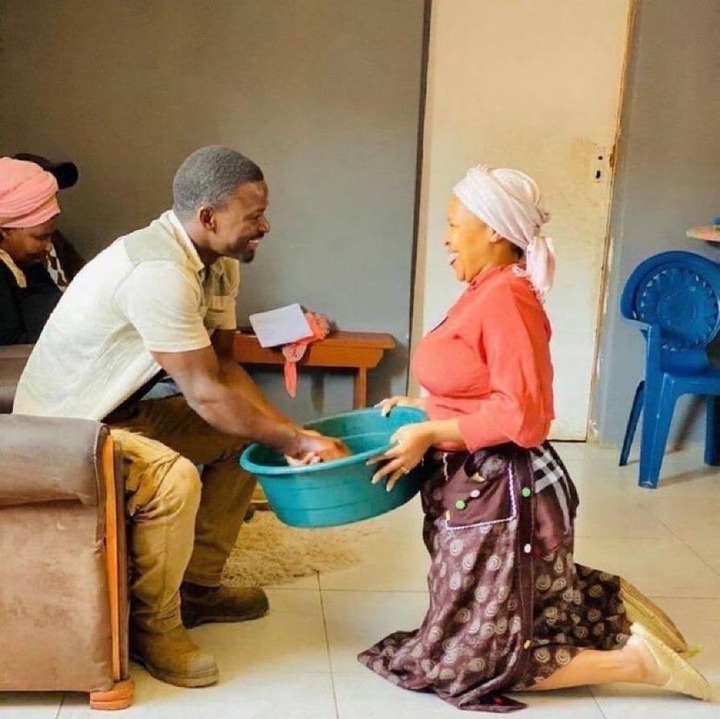 South African minister of Finance, Tito Mboweni thinks this should stop because it's dehumanizing in many ways. On a post on Twitter he said "This is unacceptable in today’s world: political, cultural, sociological, people-to-people, ideological, or in terms of gender equality struggles!" 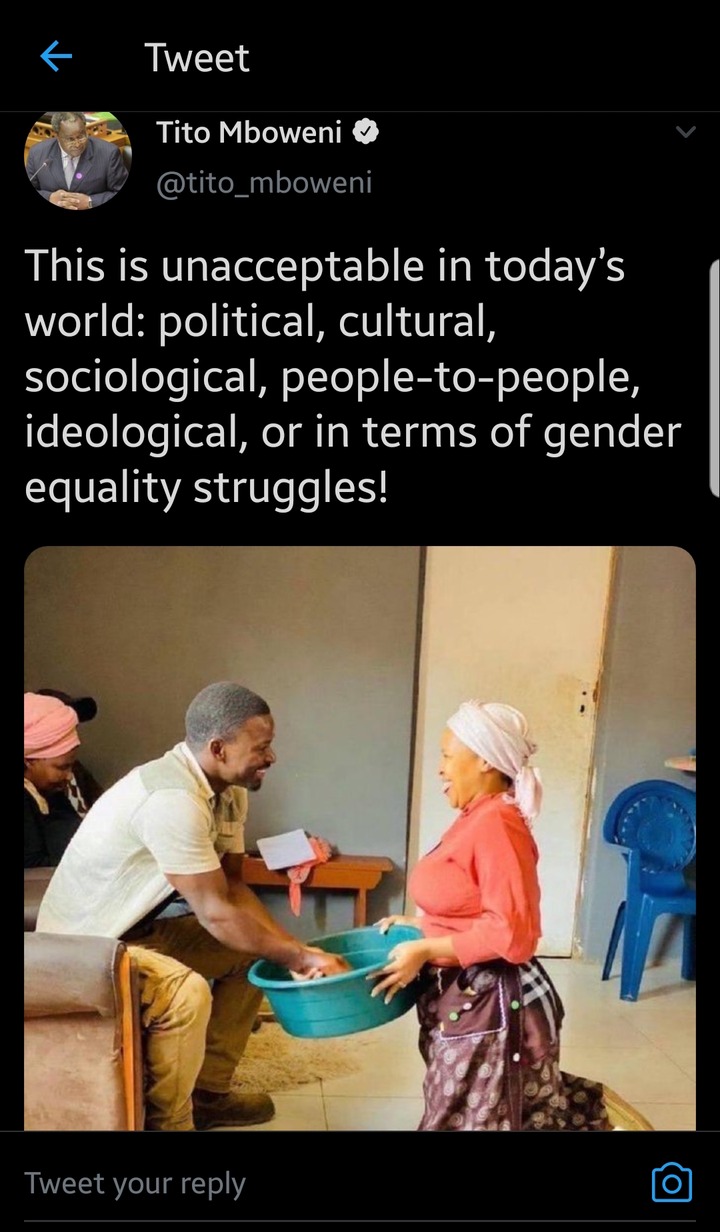 This obviously didn't sit well with other people because they know it as a form of respect in the African culture. A tweep said "How is this unacceptable ? But Poverty and corruption is acceptable? This a relationship she's not his slave but submissive. He provides and she's cares for him. in today's role they both can be providers but he still has to be the head of the household." 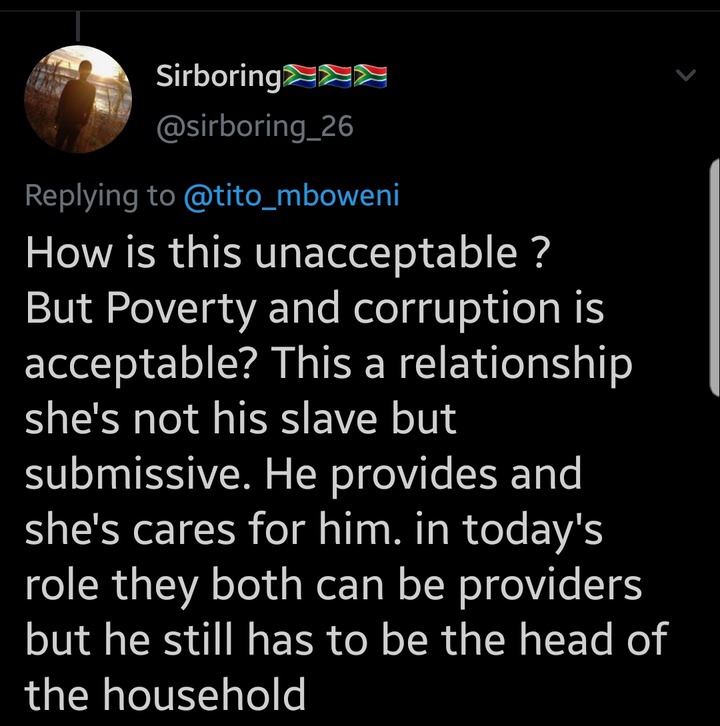 Another tweep said "This is an expression of respect, I wouldn't demand it from my wife but I totally see nothing wrong with this, I think we just looking for problems where there is none at times." 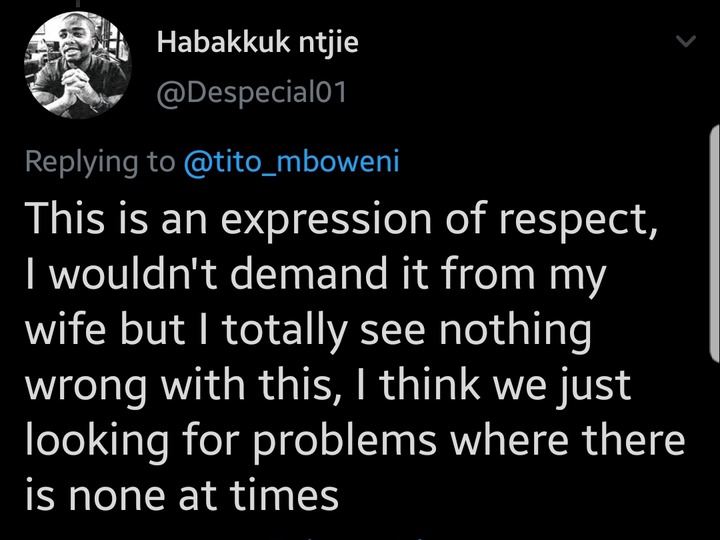 I personally don't see anything wrong with kneeling down when serving food or anything to elders. It's a form of respect that i was taught from a young age and I'll continue doing it.

While others are raising good and reasonable points. A tweep came with disrespect saying "First of all you don't have a wife. These topics are for married people. They understand the meaning of this in marriage. Wena continue noku faka garlic ne green pepper emdidini we chicken." 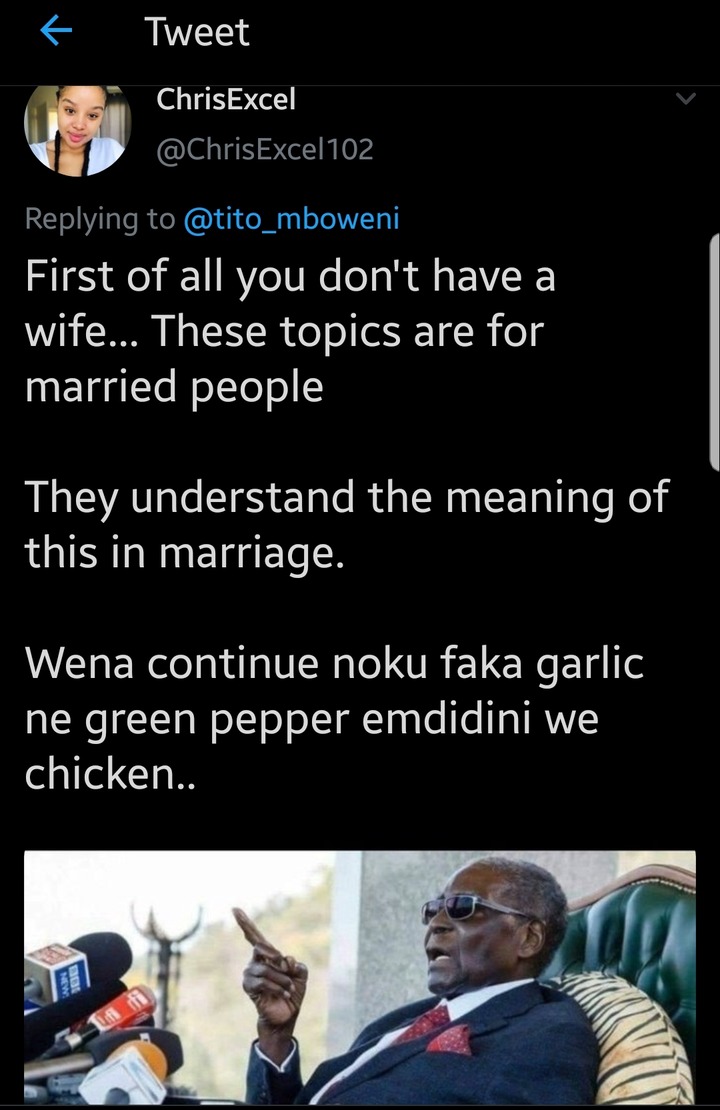 I think some cultural norms are important because they are teaching the upcoming generations and many more generations respect and tradition. Yes gender equality is important and sometimes we are still working on in this world but some norms aren't about equality but respect and African traditions. Do you think this norm should stop?

What An Impressive House She Has Built, But People Are Not Happy With What She Wrote