The questionable little girl of Jacob Zuma, Duduzile has expressed that since the ANC is set on compelling Cyril Ramaphosa down their throats, she is subsequently expressing hi to Julius Malema of the EFF. This could be a circuitous approach to saying that he has moved over to the EFF. Duduzile Zuma has forever been in constant conflict with president Cyril Ramaphosa. She composed tonight, "Truth!!! 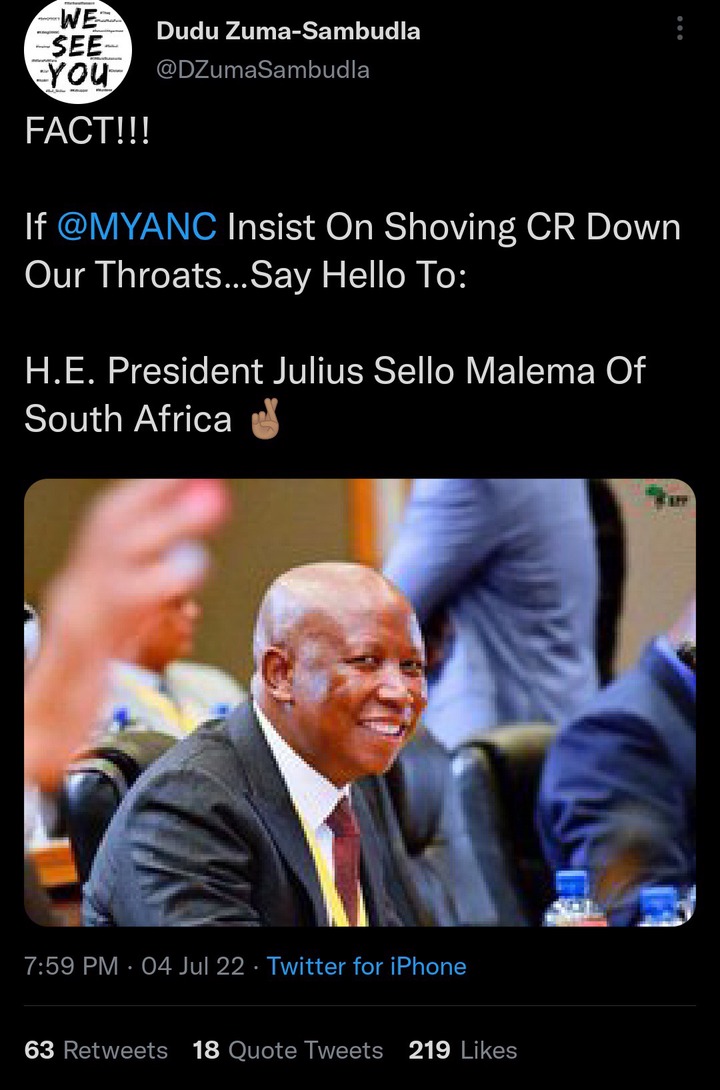 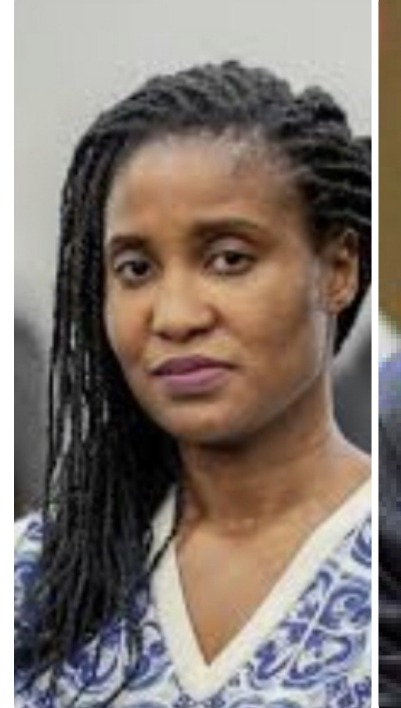 H.E. President Julius Sello Malema Of South Africa". A great many people who joined the EFF in the past gorgeously let the cat out of the bag as such. Maybe, Duduzile is exhausted that the administration of the ANC has would not request that president Cyril Ramaphosa move to one side even with various embarrassments and allegations of debasement. Duduzile Zuma and Carl Niehaus are among the most vocal pundits of President Cyril Ramaphosa's Administration and his initiative style with respect to the ANC.

It ought to be noticed that during the last nearby government decisions, Duduzile Zuma has transparently said that she wouldn't decide in favor of the ANC. She tweeted it a few times. In any event, when the ANC lost the KwaZulu-Natal to another party, she additionally posted it on Twitter, driving certain individuals to blame her for hostile to — party exercises. Nonetheless, some ANC individuals have asked her to leave, saying that RET individuals are drawing the party in reverse. One ANC part who just read her Twitter post stated, "As I have expressed it previously, the RET group is lost.

They have no initiative. Presently, look, they will remember Malema for their record". It ought to be noticed that Julius Malema and Jacob Zuma's family have begun partaking in a sincere relationship after the well known Nkandla tea.

The EFF and the administration of the party is yet to answer assuming that Duduzile hosts without a doubt joined the gathering. Notwithstanding, some party individuals have invited her, "@EFFSouthAfrica is that thing we as a whole been sitting tight for, it's at no point ever late in the future to get a participation on the web… encourage others to make the best decision".