It has been pointed out by Zimbabweans living in South Africa that Foreign Affairs Minister Fredrick Shava did not consult them before his meeting with Naledi Pandor.

Shava met with South Africa's minister of foreign relations on Wednesday during the mid-term review meeting of the Zimbabwe-South Africa bi-national commission's third session, which took place in Pretoria. In addition, they discussed the required permits.

When the Zimbabwe Exemption Permits (ZEP) expire in December, Pretoria has declared they would not be renewed.

Following the meeting, Shava stated that the government was prepared to welcome back former residents who did not fit the criteria for new permits.

Yet, in an interview with NewsDay Weekender, Ngqabutho Mabhena, chairperson of the Zimbabwe Community in South Africa (ZCSA), expressed concern about the minister's activities.

"Only after hearing about it in the press did we learn that Minister Shava had paid us a visit. After skipping us, the minister met with his South African counterpart without chitchat "A statement made by Mabhena.

"Even though the paperwork for ZEP was on the agenda, it was inappropriate for the Minister to meet with Minister Pandor before briefing us."

The conference concluded with Shava telling Zimbabweans living in South Africa to quit breaching the law.

Shava was not informed, according to Mabhena, that there was a distinction between the criminal networks in Zimbabwe and the ZEP holders who abide by South African law.

Sibangilizwe Nkomo, leader of the Zapu party, chimed in with "A prime illustration of how not to act in the role of Foreign Minister is Shava. The difficulties that caused people to leave Zimbabwe cannot be resolved, so how can he claim that they are prepared to welcome them back? The condition of Zimbabwe has deteriorated since the ZEPs were last renewed."

There has been a recent trend of South African policy changes that make life difficult for foreign nationals, particularly Zimbabweans. 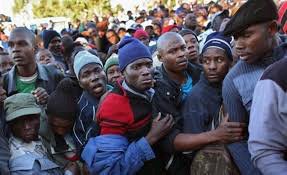 In the neighboring country, there have been some minor demonstrations against immigration from other countries. Partially organized and directed by vigilantes known as "Operation Dudula," several demonstrations have taken place.

Zimbabwe's Crisis in Coalition (CiZC) leader Peter Mutasa made the following statement: "Our warnings of impending repression in Zimbabwe must be met with support from the African National Congress (ANC). It can't keep deporting people who fled the country due to its ally's poor leadership while continuing to aid Zanu-PF and lie about its brutality at international forums."