Former President Jacob Zuma, Had A Very Special Guests At His Home, See.

The late Thembu King Buyelekhaya Dalindyebo, who has been the subject of much controversy, told former president Jacob Zuma that he was not angry with him. 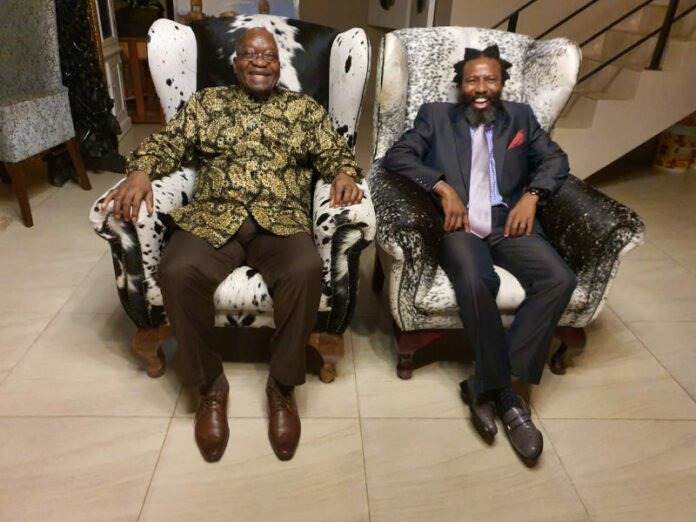 Dalindyebo visited Zuma on Saturday at his Nkandla home in Dakwadunuse, KwaNxamalala village.

Dalindyebo was supposed to arrive at 10am but the Mercedes-Benz GLE was not handed over to the Economic Freedom Fighters (EFF) last year. He arrived at 6.30pm and their meeting ended at 10pm. The former President of the country gave the Beast meat and tea.

Mzwanele Manyi of the JG Zuma Foundation told Scrolla.Africa that the conference was about the gathering of African leaders in the spirit of Ubuntu.

"The Lord has made it clear that he is not angry with the former President and that he understands everything about his arrest and what other people are doing to Zuma," Manyi said.

Zuma welcomed King Buyelekhaya's visit and the King's commitment to support the Thembu people as he challenged the North Gauteng High Court's decision to return to prison.

Dalindyebo has been attacking Zuma for years, accusing him of using people as condoms. He even left the ANC against Zuma and joined the Democratic Alliance. King was sentenced to 12 years in prison and the DA withdrew his membership. He has been convicted of assault with intent to cause grievous bodily harm, kidnapping, perjury and malicious damage to property.

After his release he spoke to Advocate Dali Mpofu, Manyi and General Bantu Holomisa asking them to help him in his quest to reunite with Zuma.

“It was a wonderful meeting. They talked about their history in exile. Zuma was King Dalindyebo's commander during the exile, ”said Manyi.

"The king was deeply saddened by Zuma's mistreatment by the judges