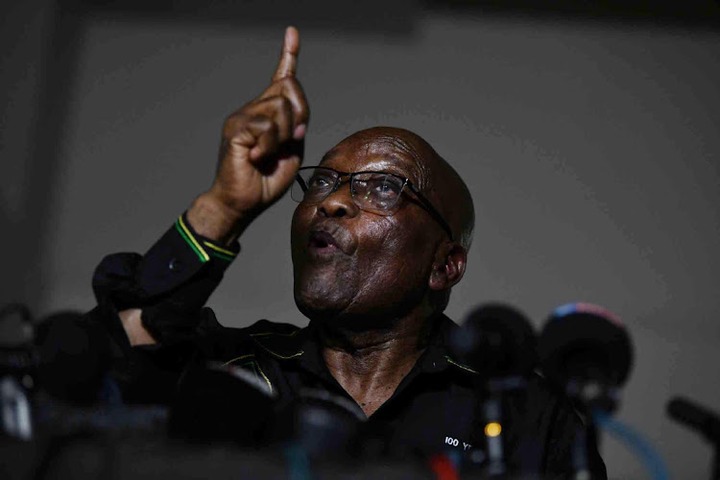 The Constitutional Court will on Friday give over its judgment on Jacob Zuma's application to revoke the hatred finding made against him.

Back in July, previous president Jacob Zuma recorded a dire application with the Constitutional Court (ConCourt) for the rescission of his scorn conviction and 15 months detainment.

Presently, the ConCourt will run on his application on Friday, where it will either save his scorn of court conviction or maintain it.

The application was documented as far as rule 42 of the Uniform Rules of Court, read with rule 29 of the ConCourt, which expresses that a court might differ or cancel a decision allowed without any the influenced party.

Presently prior to giving himself over to the specialists, Zuma conceded he was off-base to imagine that he was unable to be compelled to show up before the Commission of Inquiry into Allegations of State Capture.

He said the lawful way he had taken was because of the lawful counsel he had gotten, and that he was not recommended to follow it.

"I currently completely acknowledge that the most lawfully suitable course which I could and ought to have taken, would have been to apply for interval help to forbid my appearance before the commission," Zuma said in his rescission court papers.

He contended that monetary difficulty likewise assumed a part in the legitimate choices he made at that point.

"For clear reasons, my criminal preliminary is a need."

In his application, Zuma requested that the court consider offering him a chance to argue with regards to whether direct detainment was a suitable approval – should his rescission application be excused.

The previous president was uniquely in jail for a little while and is as of now out on clinical parole in the wake of going through a medical procedure at a private clinic.