By DissentingVoices (self media writer) | 16 days ago 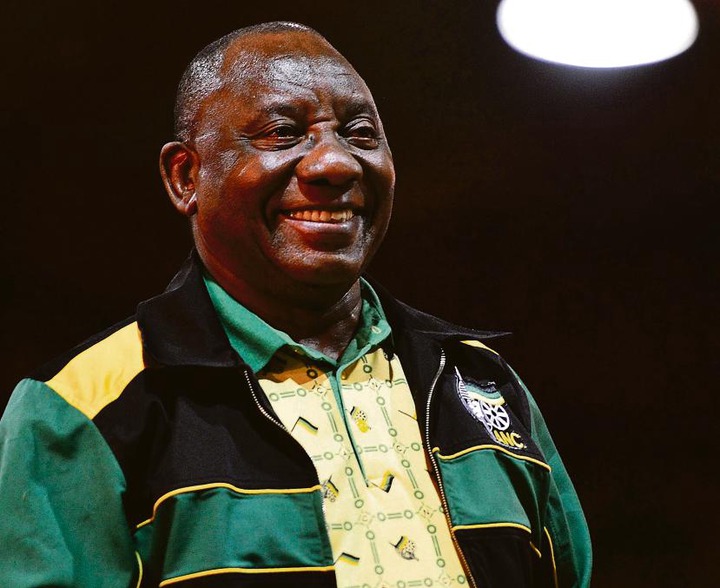 Deputy secretary general of the ANC, Jessie Duarte has dropped bombshell on disgruntled ANC members who had filed an application in the secretary general's office seeking disciplinary action to be taken against president Cyril Ramaphosa.

The ANC members had argued that Ramaphosa’s move to obtain private funding in the build up to the Nasrec Conference was "extraordinary and alien" as he used the campaign to advance his personal presidential ambitions sending the party into a legitimacy crisis.

They had anticipated that disciplinary action was going to be taken against Ramaphosa for the misconduct which is alleged to have violated the party's constitution in relation to rule 25.9 as well as rule 25.27 of ANC constitution.

Jessie Duarte however revealed that the disgruntled members of the ANC have no jurisdiction to institute disciplinary proceedings against Ramaphosa.

She also adds that the Chief National Presenter was not able to find any grounds to recommend disciplinary action.

"Only the officials, NEC, NWC, the PEC, the REC, RWC and the BEC or any office bearers of these structures have the right to invoke disciplinary proceedings under the ANC constitution," said Jessie Duarte. 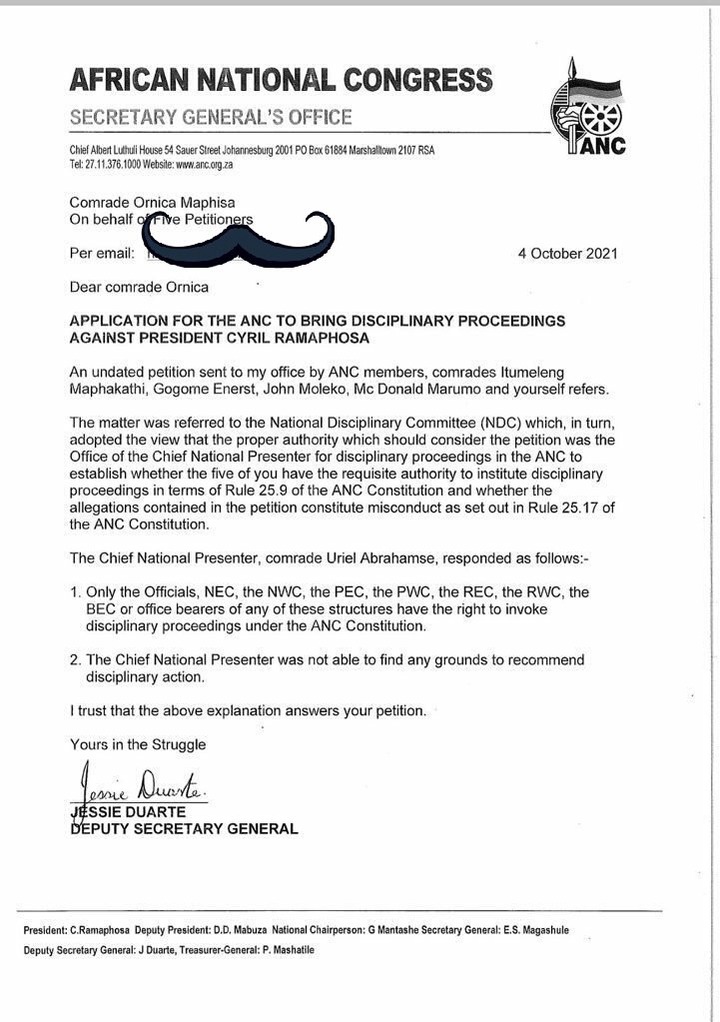 In other words, Duarte told the disgruntled ANC members who wanted Cyril Ramaphosa investigated for wrong doing that they were "nobody's" and were in no position to bring allegations of wrong doings against the president.

This matter however remains controversial as it has been raised several times even by the now suspended secretary general Ace Magashule, who said there is evidence to show that Ramaphosa's sealed CR17 bank statements contains names of those who funded his presidential campaign who are now allegedly getting lucrative tenders and doing business with the state under Cyril Ramaphosa's administration.

Some of the disgruntled ANC members said Jessie Duarte's response shows that she is trying to shield Ramaphosa from being disciplined for his alleged wrongdoing.

"Jessie Duarte is suffering from incompetency. She is even quoting a wrong rule trying to save Ramaphosa from being disciplined. @MYANC must bring back SG @Magashule_Ace. We can't allow SGO to be led by this clerk called Jessie really," fumed one of the ANC members. 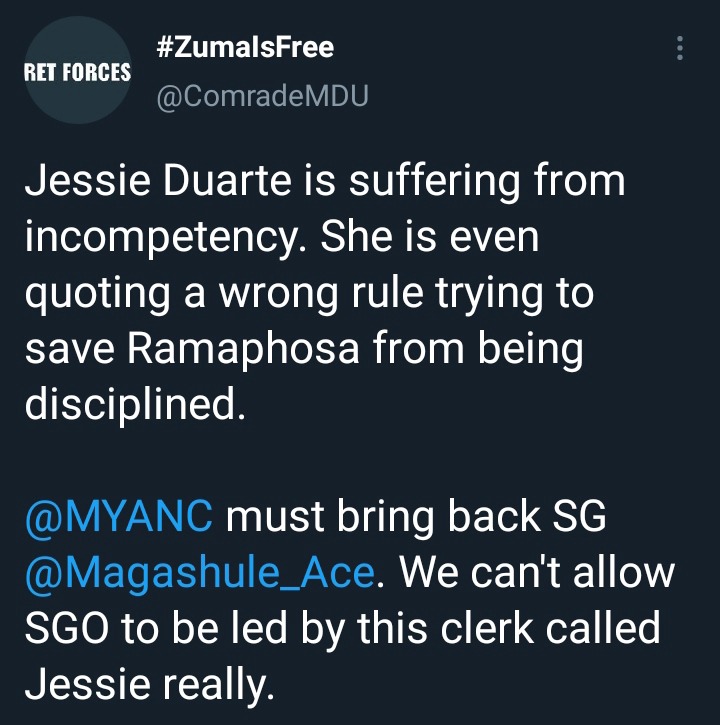