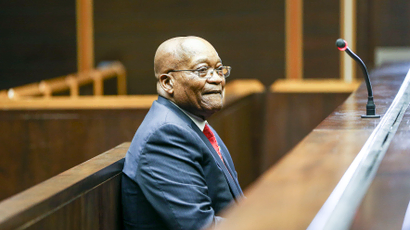 Former President Jacob Zuma has been threatening to leak information on the ANC leadership and corruption for a long time. Zuma has hinted that the ruling party is accusing him of corruption, but the problem is far deeper than we realize. Former President Bill Clinton claims his innocence. Zuma wanted financial details from the Nelson Mandela Foundation in August in order to establish his innocence. The ANC, on the other hand, claimed that the records were destroyed during a flood at Luthuli House. This was interpreted as a hint that the ANC is concealing something significant. 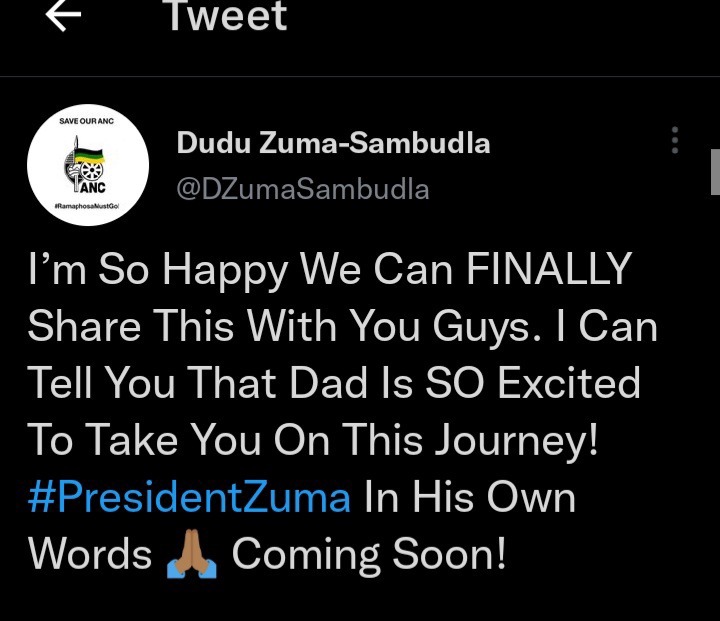 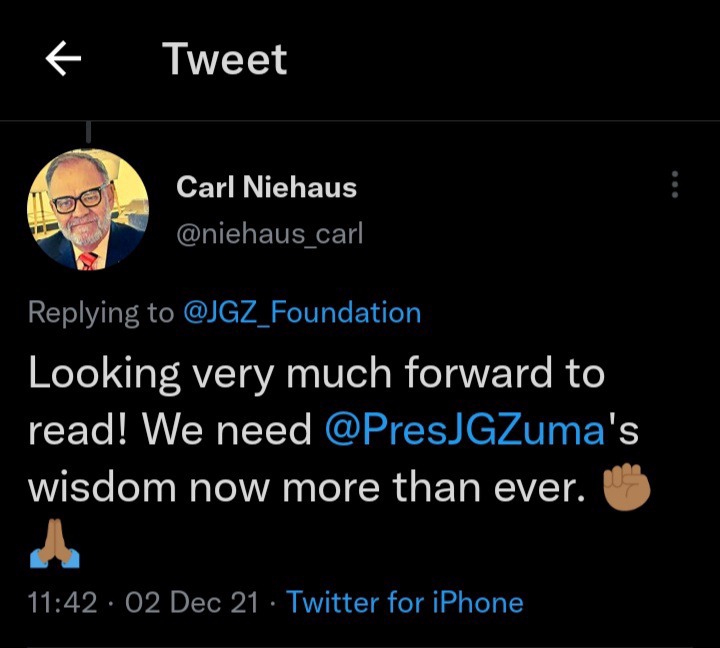 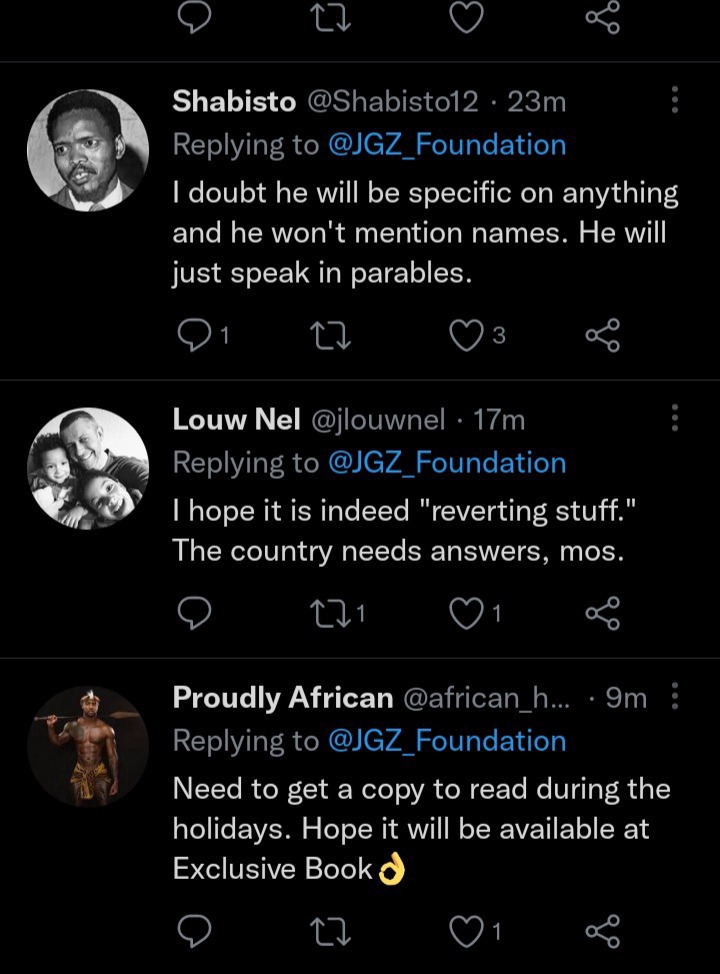 Zuma intimated that his arrest had nothing to do with him being in contempt of court when he was detained. He was adamant about the political nature of his conviction. Well, it appears that the former President will finally tell the world the "truth." Zuma will be interviewed for a book that will be out soon.

Zuma has plans in place for the month of December. The long-awaited book will be released in the second or third week of December 2021, according to the Jacob Zuma Foundation. The book appears to be jam-packed with reverting material. "Details will be released as soon as possible. Keep an eye on the foundation's Facebook page "On Thursday, the Foundation released a statement.

Carl Niehaus, an ANC veteran, says he is very excited to read! "Now, more than ever, we need Zuma's wisdom," Do you believe the book will contain any shocking truths, as the foundation claims?

Here are some screenshots of other South Africans' reactions to the book:

Mamazala: A family blames the covid vaccine for a husband dumping his wife over text