The prodigal son is back to serve his father.- [OPINION] 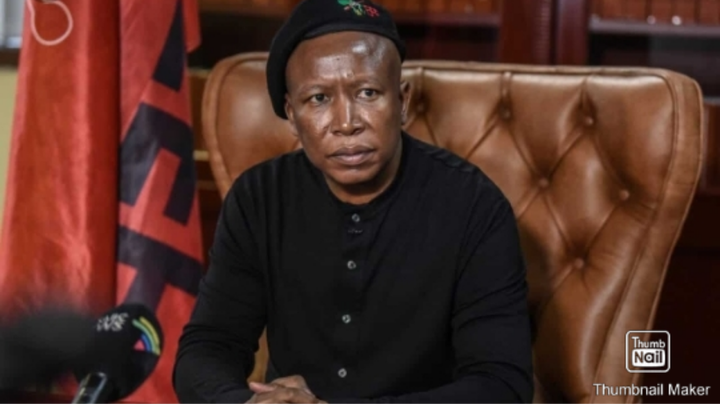 The EFF president Julius Malema is back to his father former president Jacob Zuma. Yesterday he landed with the chopper in the homeland of Zuma at Nkandla to meet with his father . Some journalist were camping for the whole day outside Nkandla waiting for the news between son and father but they were only told the tea was just nice and hot . EFF president Julius Malema was having a meeting with the man who was once close to him and betrayed each other and he is like a prodigal son as he is the one who is asking forgiveness to his father. Some journalist were vanguarding outside the former president house waiting for them to brief them regarding they're meeting but they didn't get anything as they say it was just a tea a father welcoming his servant .The meeting shake the nation as we all know that Julius Malema was once the servant of Former president Jacob Zuma during his time of ruling but he was demotated from the ruling party that was when the war started and he started his on party which is now the third opposition biggest party in South Africa. Maybe the outcome of the meeting will come out one day EFF Julius Malema Zuma
Opera News is a free to use platform and the views and opinions expressed herein are solely those of the author and do not represent, reflect or express the views of Opera News. Any/all written content and images displayed are provided by the blogger/author, appear herein as submitted by the blogger/author and are unedited by Opera News. Opera News does not consent to nor does it condone the posting of any content that violates the rights (including the copyrights) of any third party, nor content that may malign, inter alia, any religion, ethnic group, organization, gender, company, or individual. Opera News furthermore does not condone the use of our platform for the purposes encouraging/endorsing hate speech, violation of human rights and/or utterances of a defamatory nature. If the content contained herein violates any of your rights, including those of copyright, and/or violates any the above mentioned factors, you are requested to immediately notify us using via the following email address operanews-external(at)opera.com and/or report the article using the available reporting functionality built into our Platform