The ANC heavyweight and minister of Transportation, Fikile Mbalula have cried out that some pictures people are using to taunt him on Twitter are not from South Africa. He noted that some pictures were taken from Kenya and not South Africa, urging people to stop spreading lies because they want to blackmail the ANC. He wrote after a picture was shown with a young boy reading with street lights, “This is a photograph of a young man in Kenya — but with electricity access in South Africa being at 85%, we certainly have our long way to go in addressing the challenge depicted here.

While progress has been made — we do need to do more”. Fikile Mbalula said that more will be done, however, he said more than 85% of South Africans have constant electricity. However, South Africans on his Twitter handle does not want to hear that. 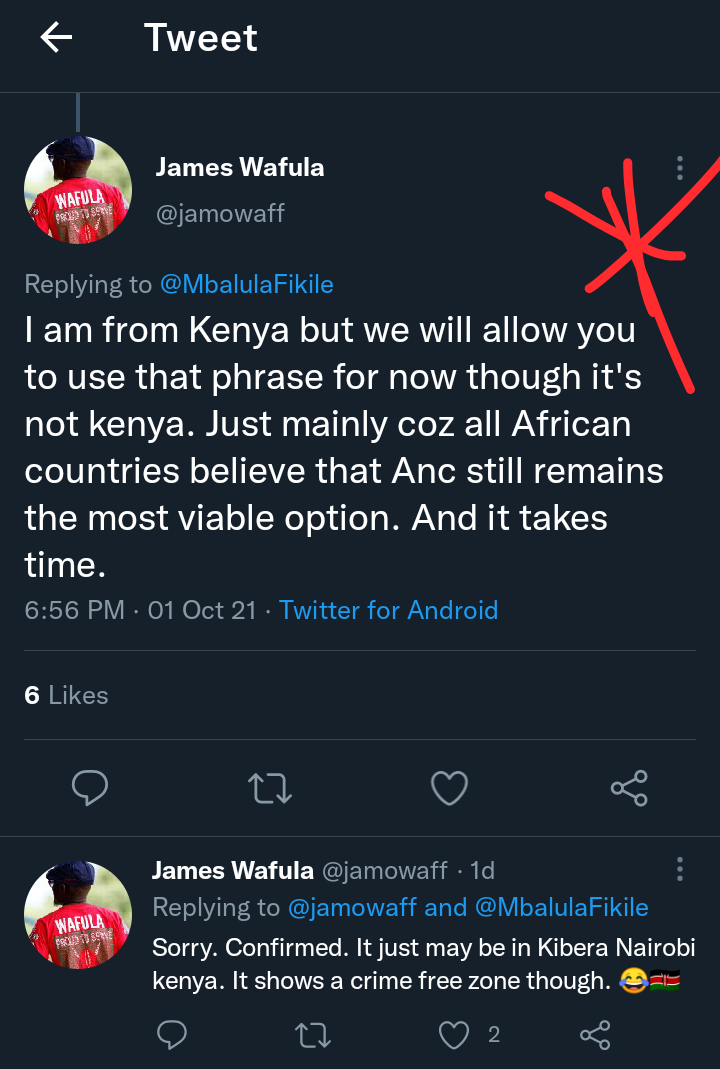 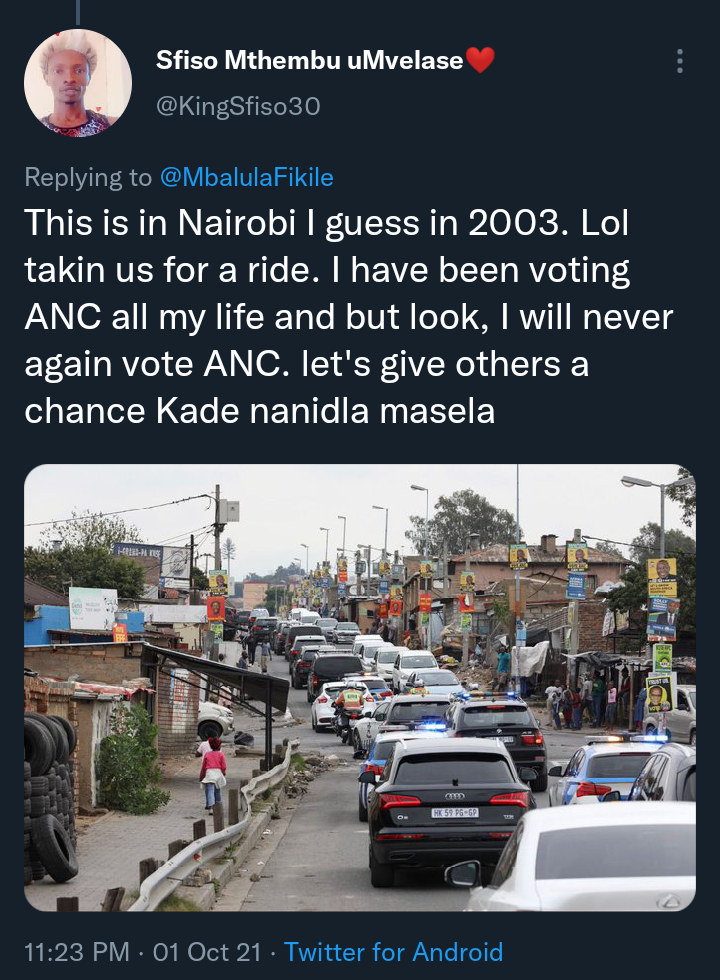 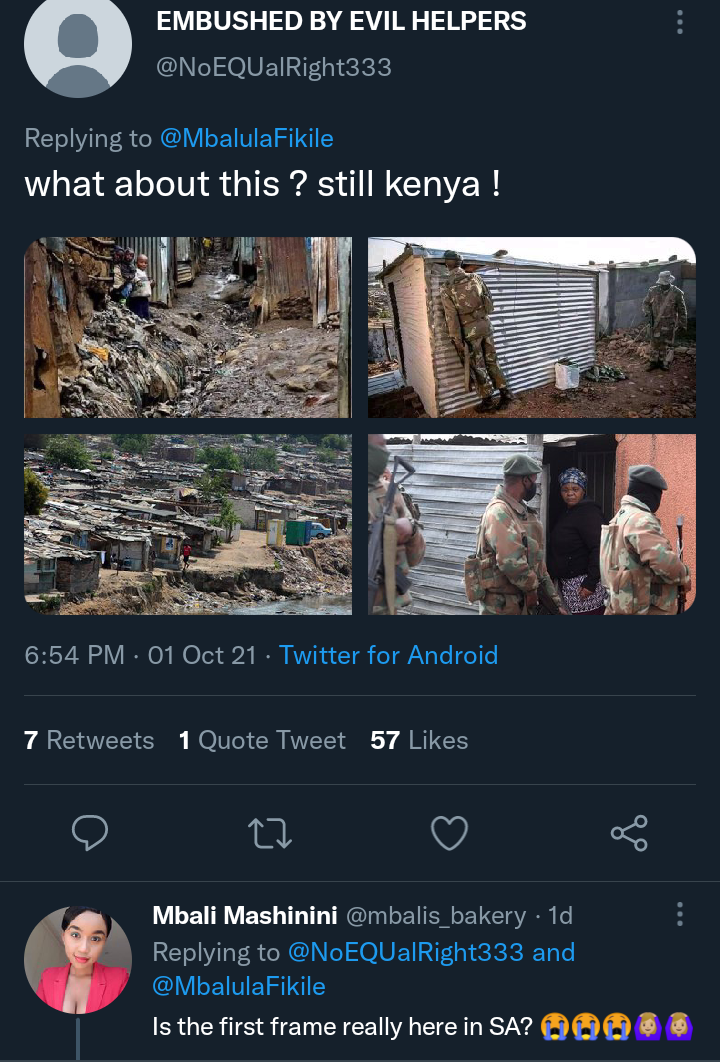 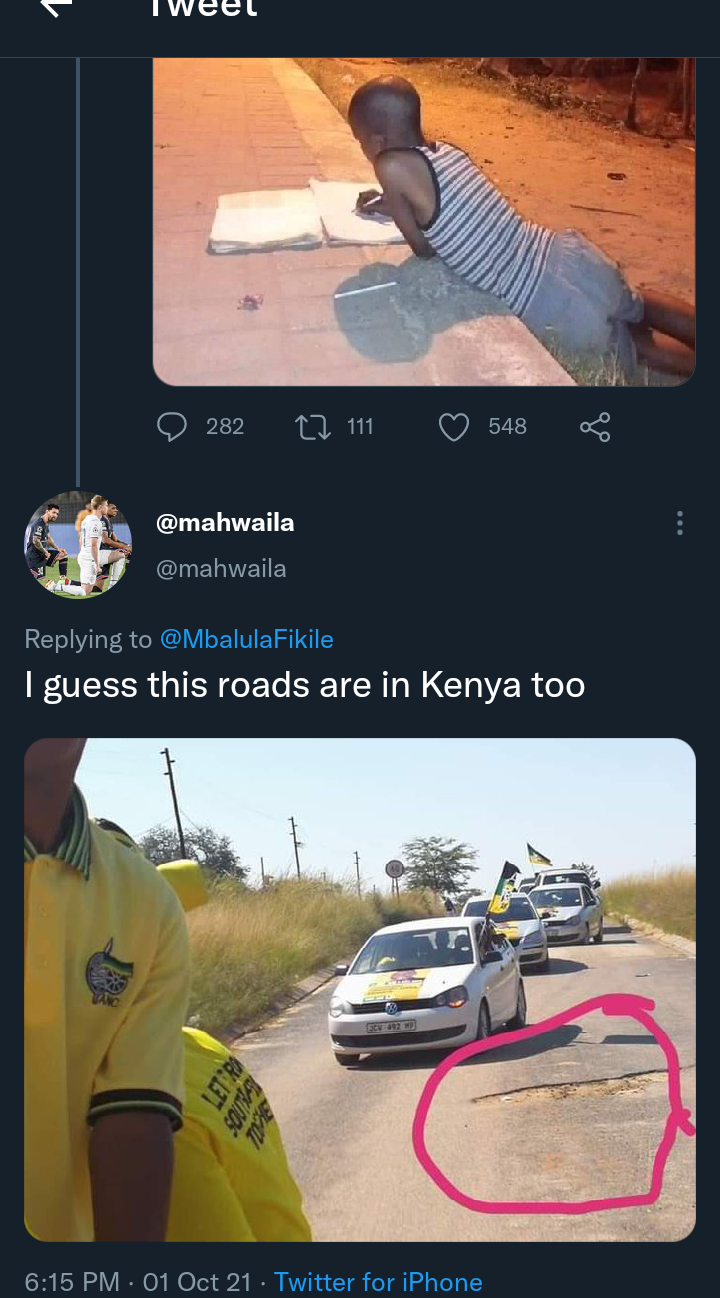 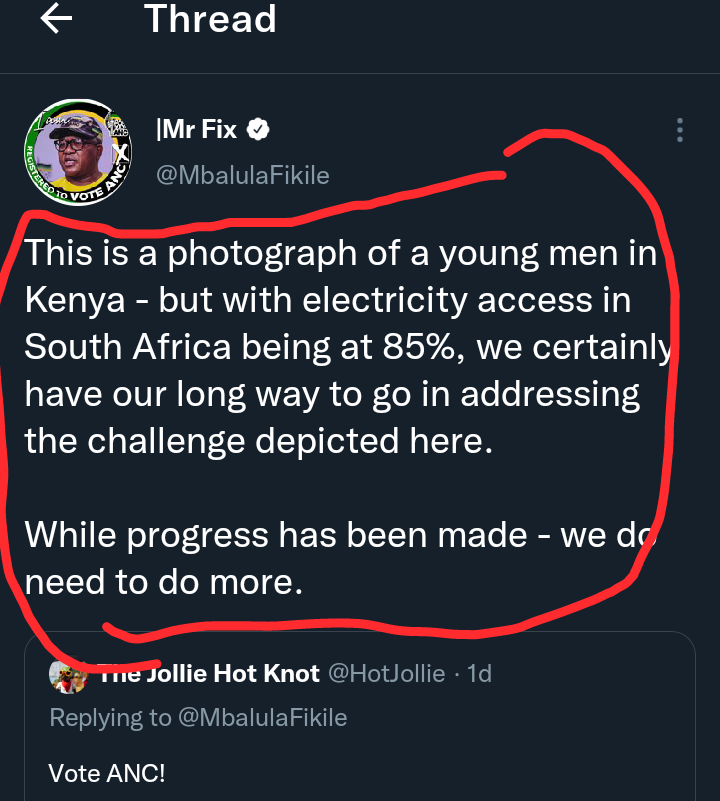 People decided to bombard Mr Fikile Mbalula with different pictures as people ask, “Was this in Kenya too? Sanuthethelela ikaka Mbalula”. The minister could not reply everyone because many people are bringing in both old and new pictures just to mock the minister. It all began when a community was said to have pursed ANC Campaigners and politicians, throwing stones at them. Then a lady shared this picture, saying that this is the Saddest picture she ever saw that day. Another person shared a picture, saying “This is in Nairobi I guess in 2003. Lol taking us for a ride. I have been voting ANC all my life but look, I will never again vote ANC. Let's give others a chance Kade nanidla masela”. ANC politicians are finding it very difficult to campaign to voters. It is no longer news that some communities rejected the ANC. 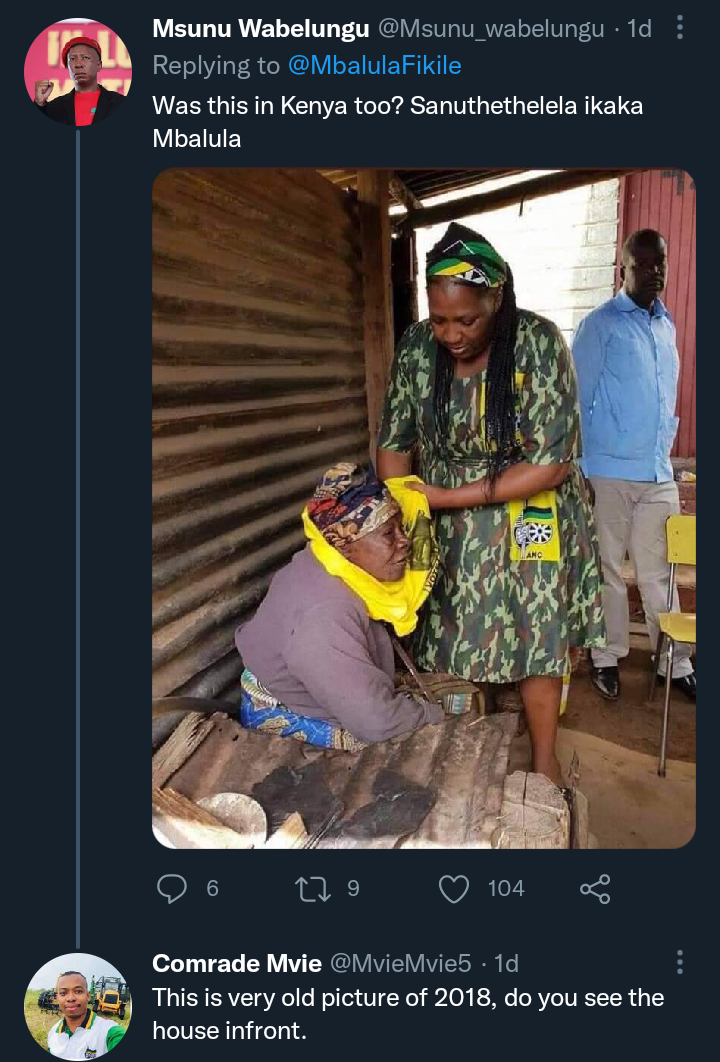 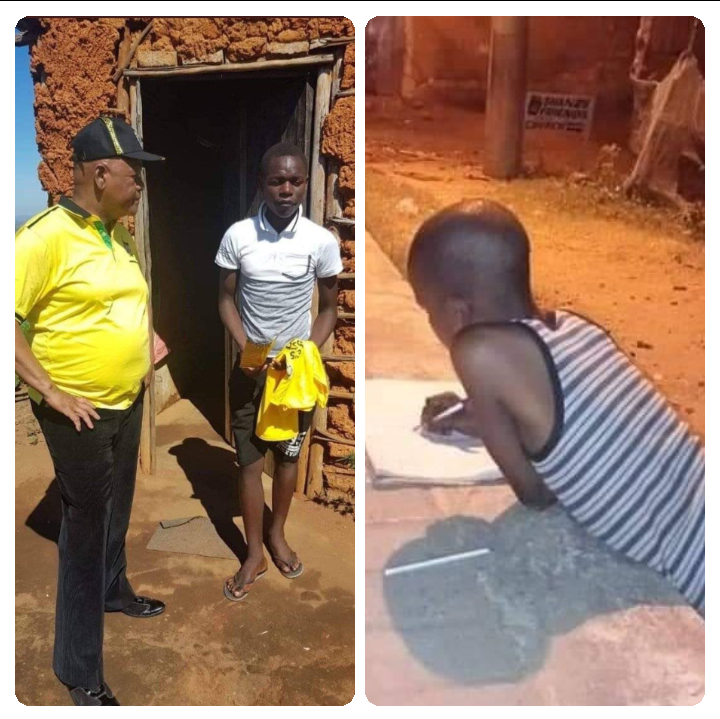 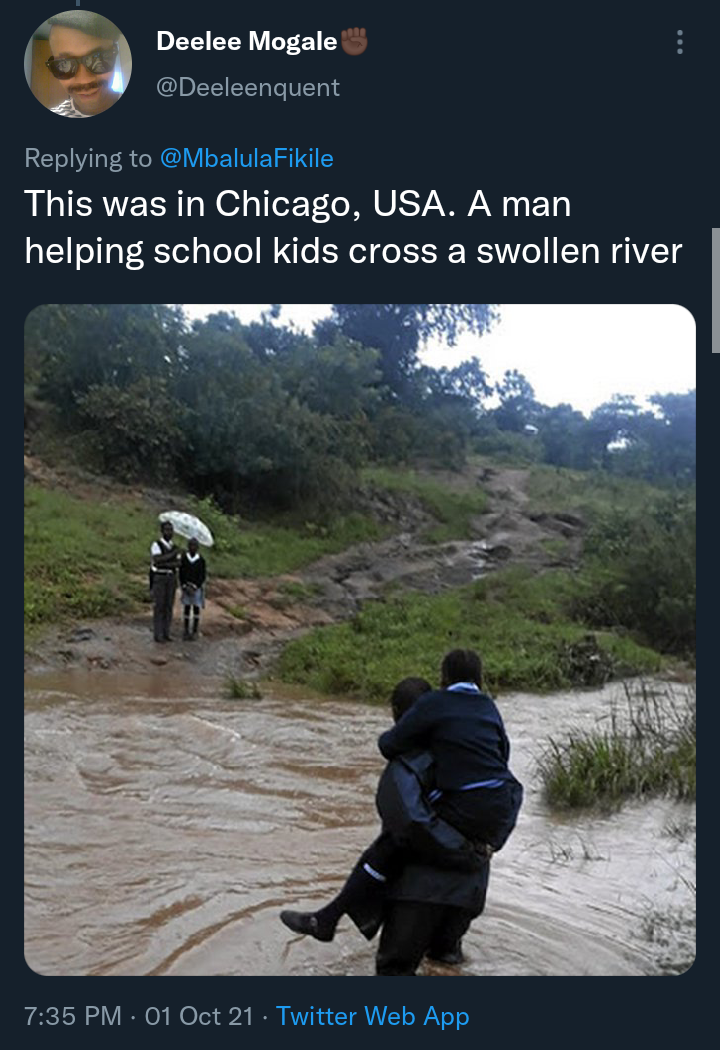 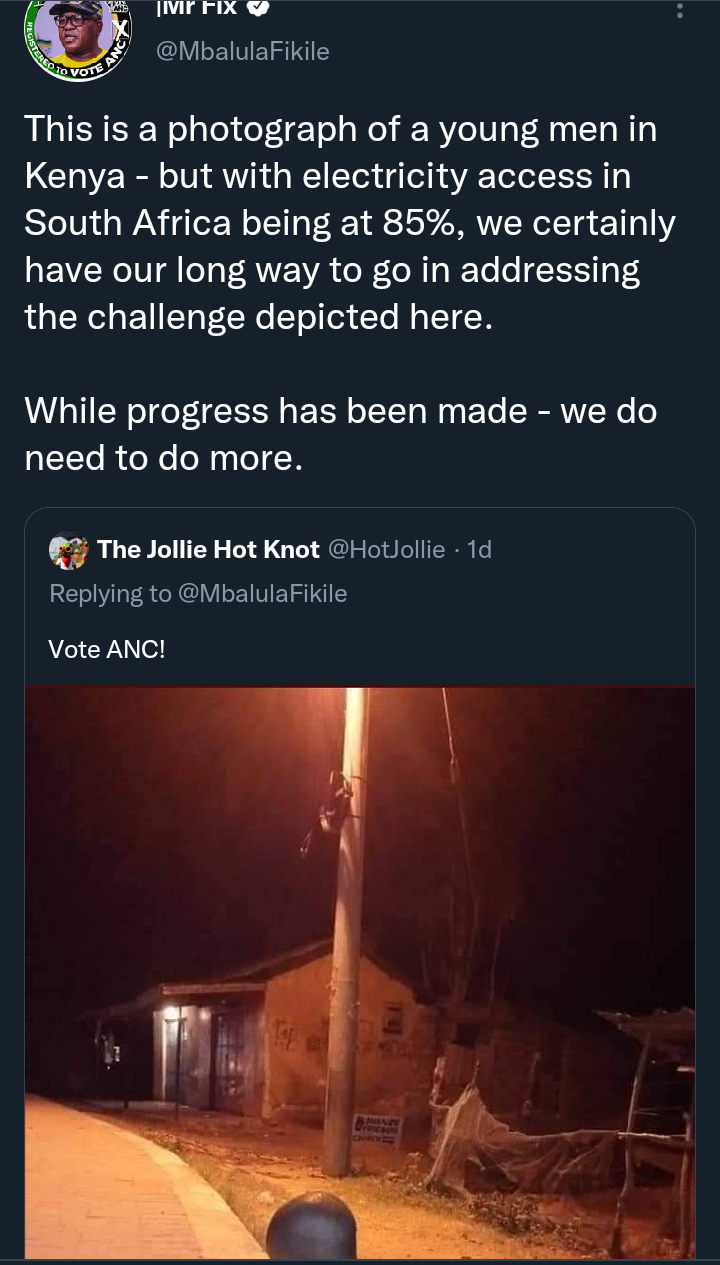 Nevertheless, a Kenyan have told Mr Fikile Mbalula that the pictures he is ascribing to Kenya is not from their country, Kenya. He told Mr Fikile, “I am from Kenya, but we will allow you to use that phrase for now, though it's not Kenya. Just mainly because all African countries believe that ANC remains the most viable option. And it takes time. Sorry. Confirmed. It just may be in Kibera Nairobi Kenya. It shows a crime free zone, though”.

No weapon formed against you shall Prosper.

Big Brother Mzansi is back.If you want to join.Then this is information is for you.

Why is it so difficult to trust in the Lord?

They have 2 months to vaccinate or this will happen

Soak garlic in coconut water for 2 days and get these amazing results.