An ANC Member has said that social media is not a guaranteed platform to campaign against the ANC, saying that they will continue to defend the ANC at the polls because that is where it matters. She said that it is the polls that speak, not Twitter, as she rejoices over the victory of the ANC in Nelson Mandela Bay. She wrote, “Twitter noise is not reality… We defend ANC where it matters. The polls, not Twitter.” The results from the Nelson Mandela Bay was shocking to social media users because they were certain that the ANC will not win. A disappointment social media user who saw the results from the Bay wrote, “Exactly what I always said—if we think next election is going to vote the ANC out, we are in for an enormous surprise. They will rather vote for a corrupt ANC than anyone else”. Another person wrote, “It is obvious elections are won on the ballot and not on Twitter streets. If we follow twitter statistics, ANC would have got only 5%”. 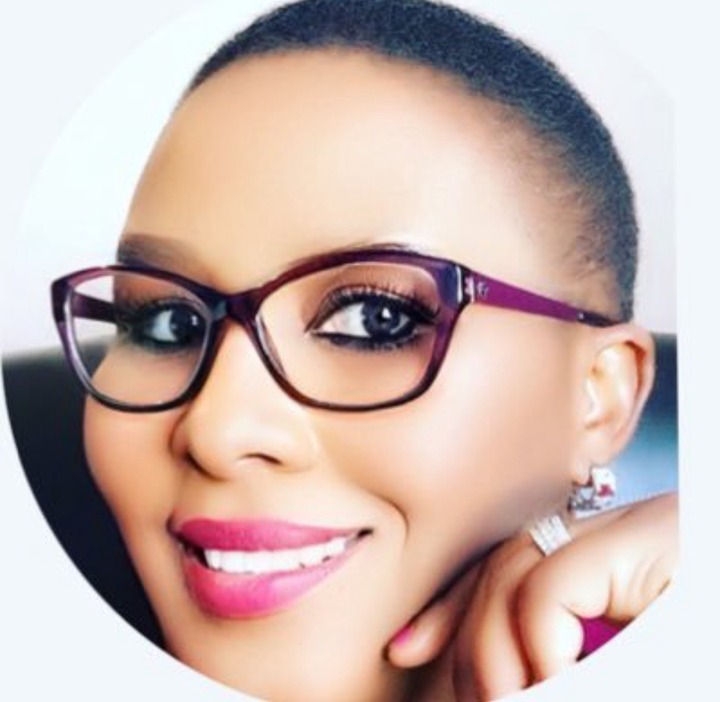 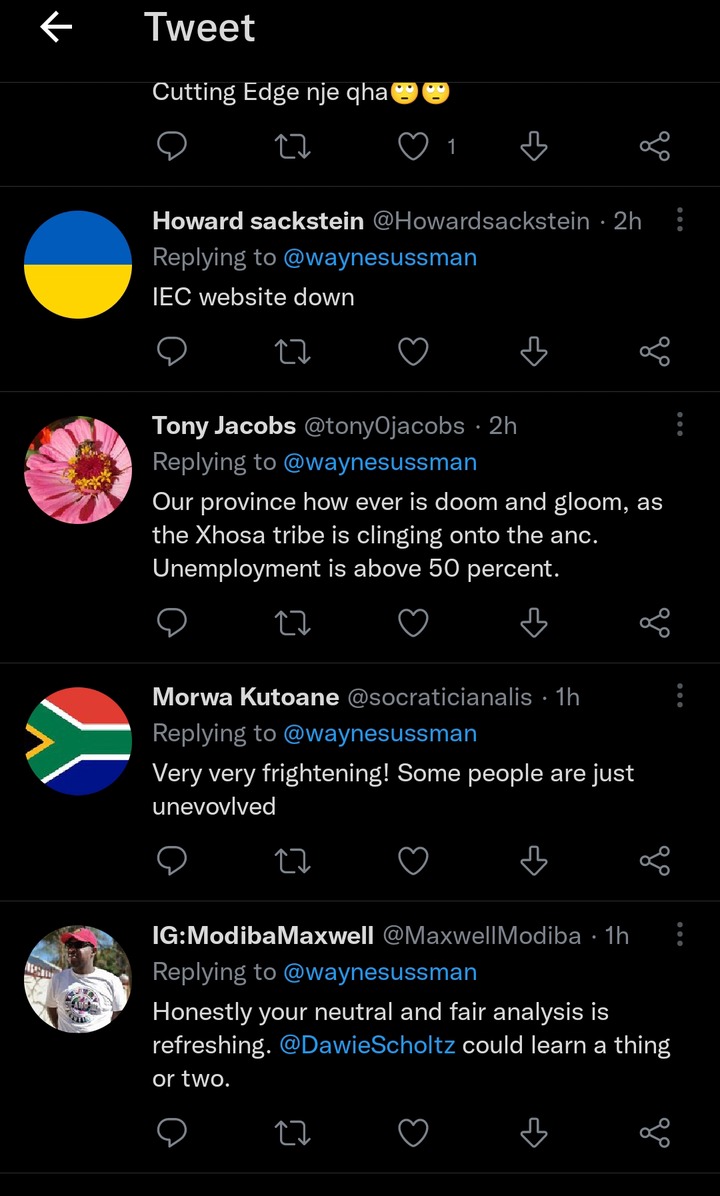 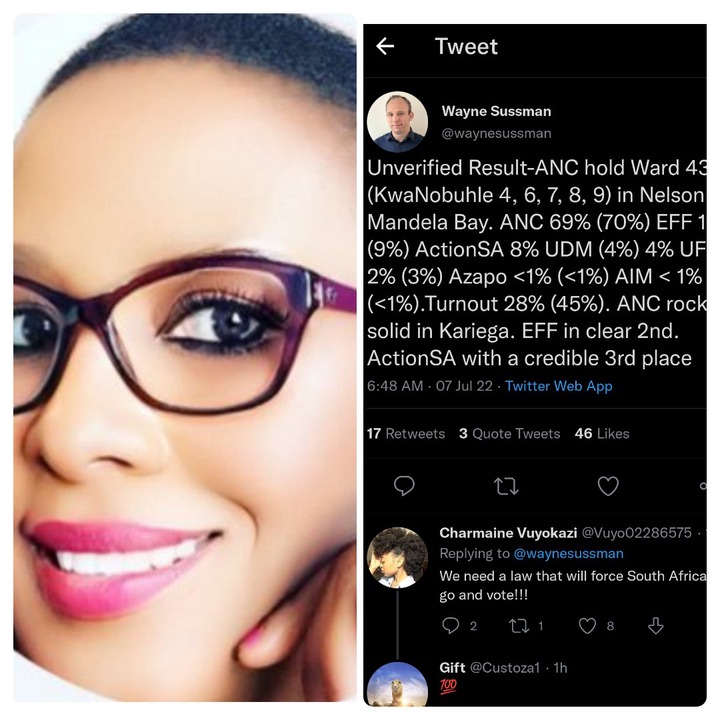 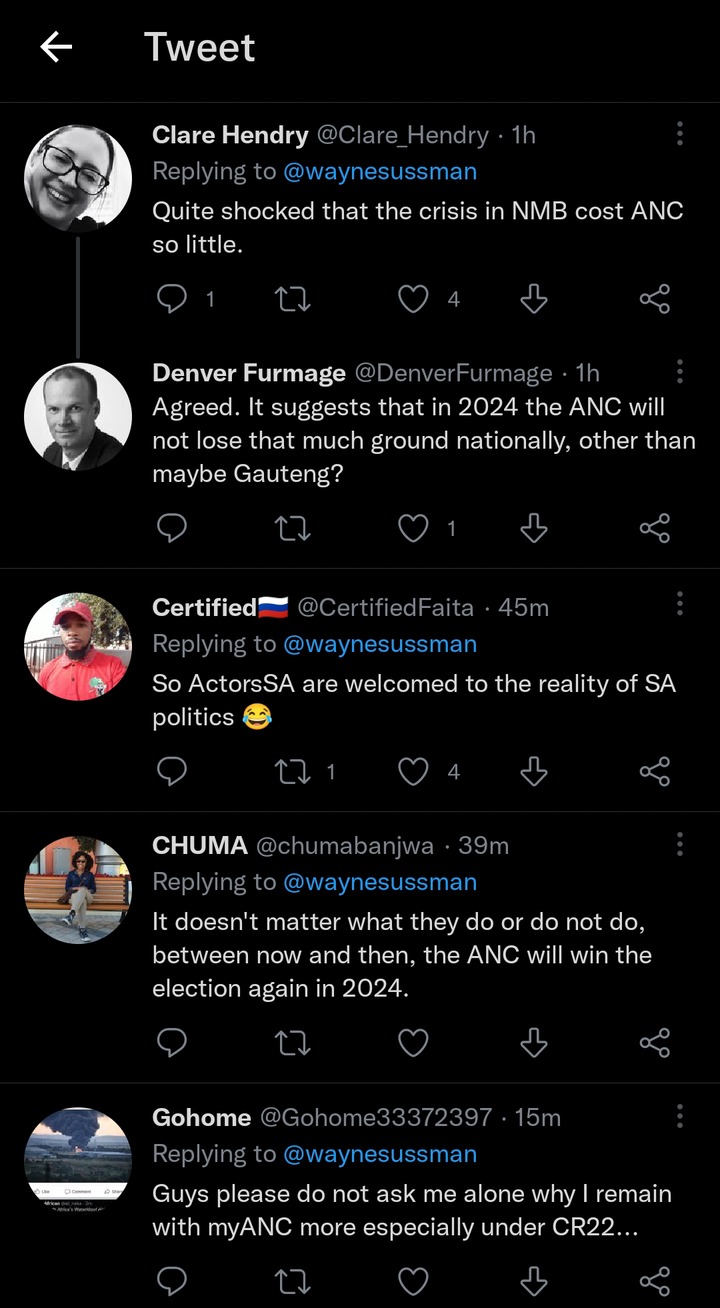 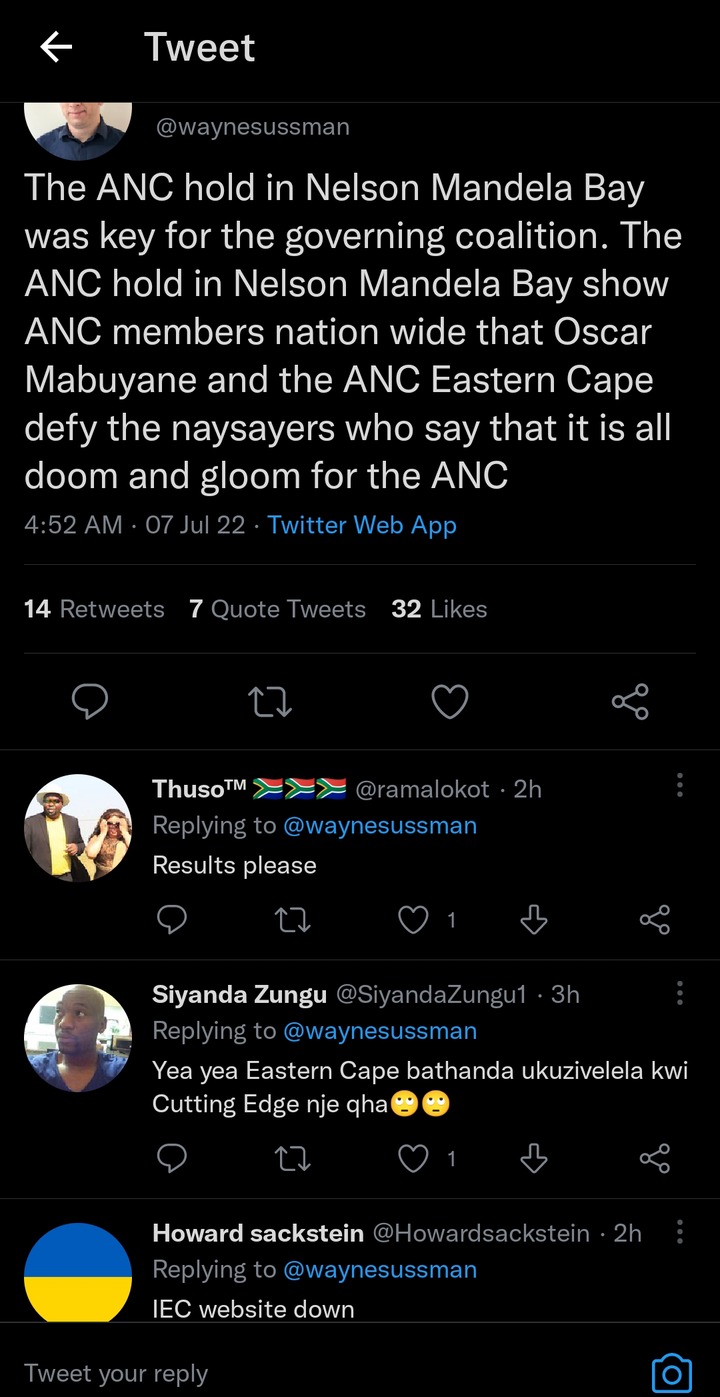 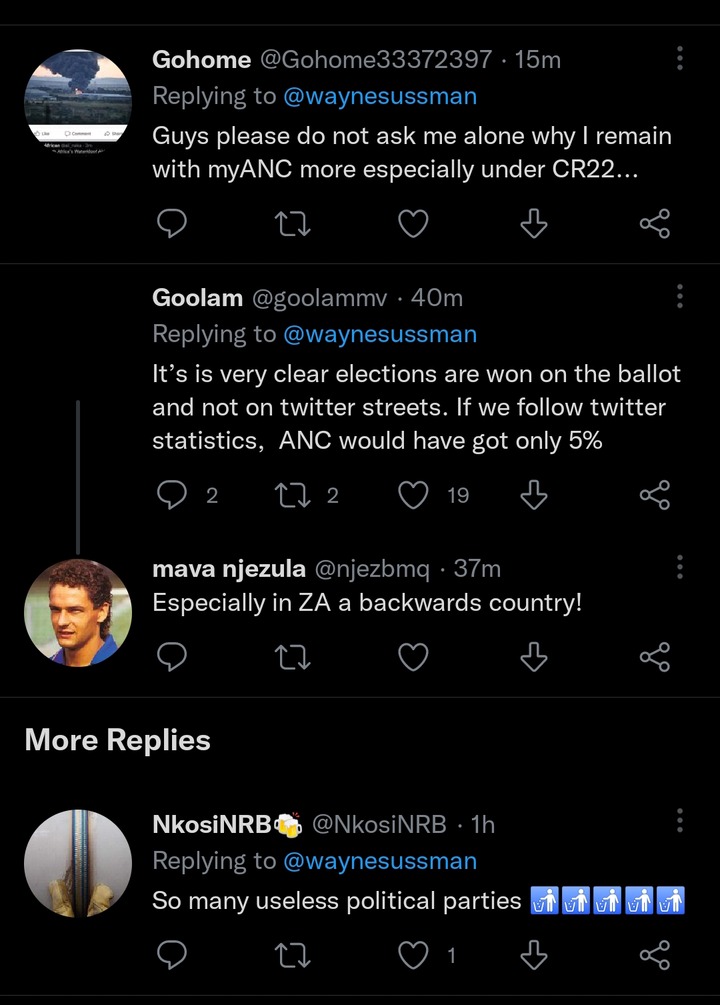 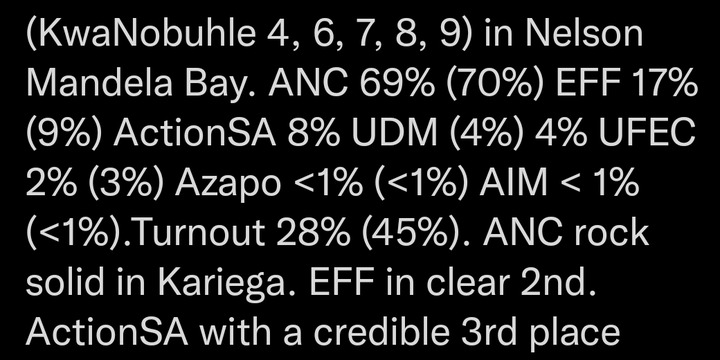 The results of the polls shows that many people did not come out to vote. The turn-out was very low. Some people are suggesting that a law be put in place that would mandate eligible voters to go out and vote. The results so far posted are, "Unverified Result-ANC hold Ward 43 (KwaNobuhle 4, 6, 7, 8, 9) in Nelson Mandela Bay. ANC 69% (70%) EFF 17% (9%) ActionSA 8% UDM (4%) 4% UFEC 2% (3%) Azapo <1% (<1%) AIM < 1% (<1%).Turnout 28% (45%). ANC rock solid in Kariega. EFF in clear 2nd. ActionSA with a credible 3rd place”. The people on social media are complaining, but the ANC members are rejoicing, saying that this is a clear case of reality to that the people still want the ANC. He said, “The ANC hold in Nelson Mandela Bay was key for the governing coalition. The ANC hold in Nelson Mandela Bay show ANC members nationwide that Oscar Mabuyane and the ANC Eastern Cape defy the naysayers who say that it is all doom and gloom for the ANC”. 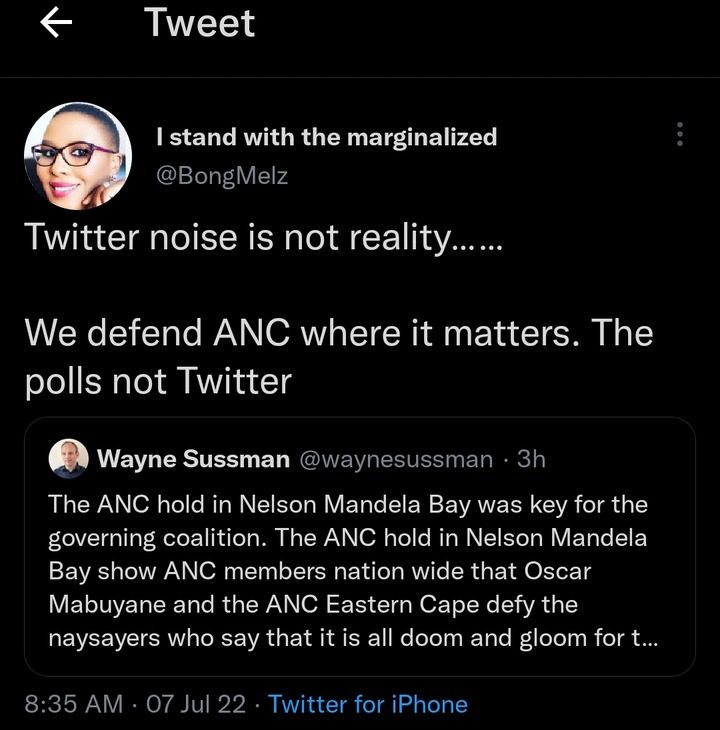 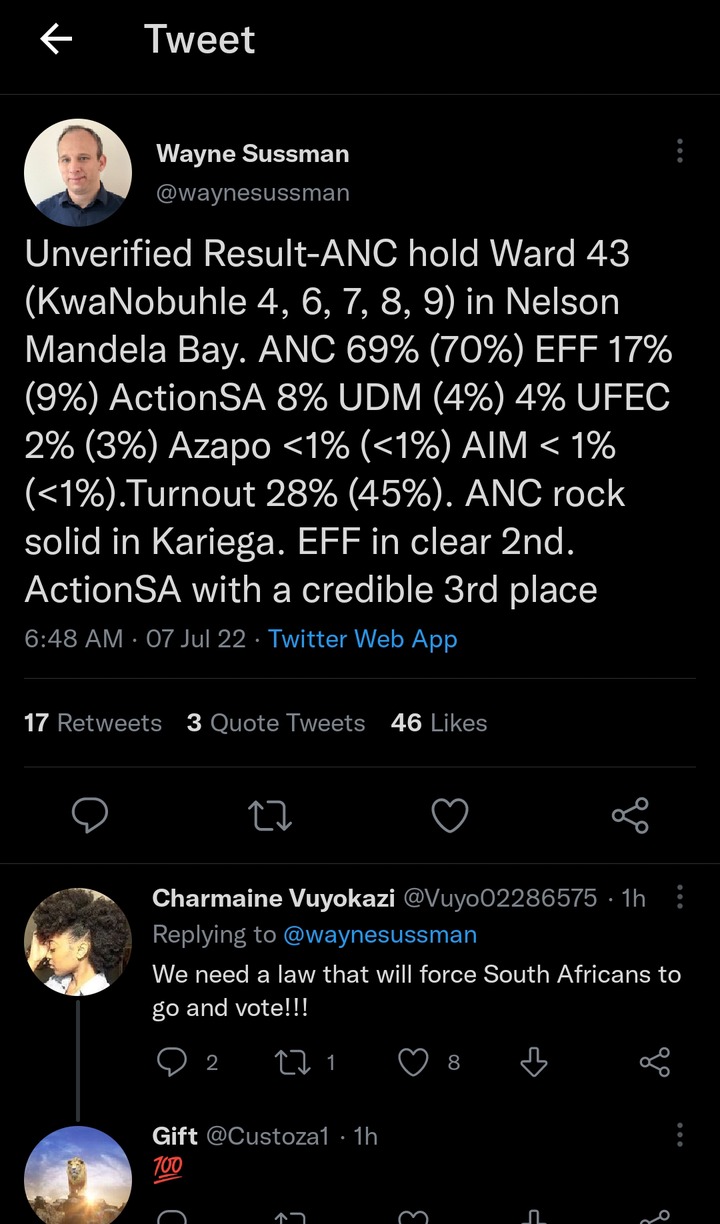 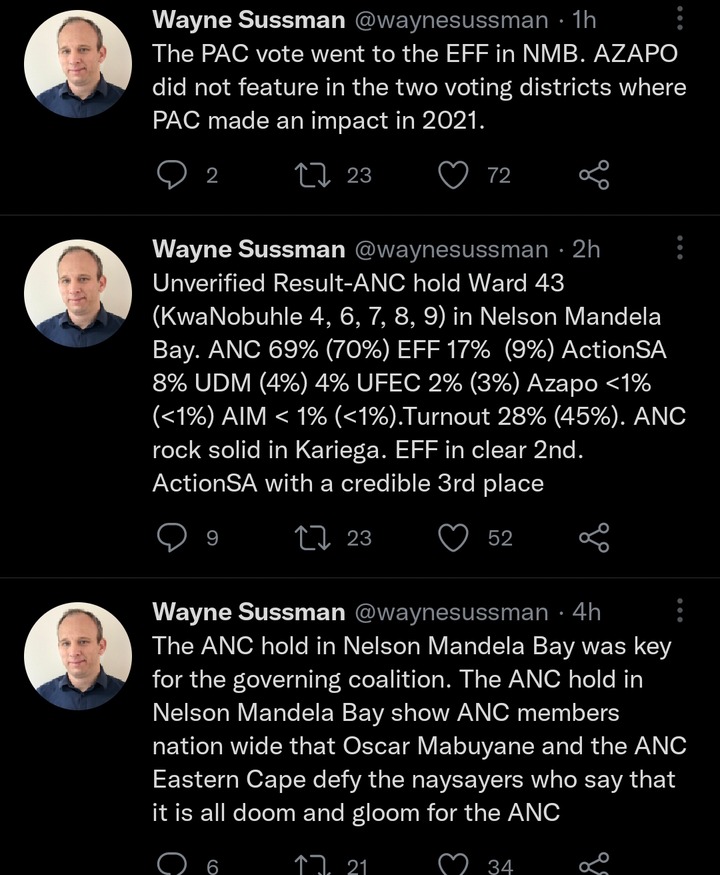