By Mmapula (self media writer) | 13 days ago 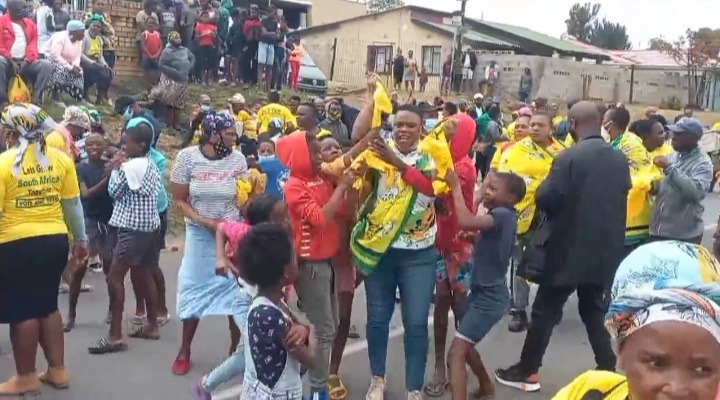 Wonders never cease to amaze in the governing party. The tradition of looting funds meant for citizens and come back to buy the same poor citizens is deeper than we can ever imagine. This was evident when ANC members were spotted scrambling for party T-shirts in Umlazi ahead of the arrival of President Cyril Ramaphosa to campaign in the township on the south of Durban. Chaos erupted when packs of Tshirts were opened and members started fighting over them. In the crowd there were also children who wanted Tshirts but members pushed them over. What a sad moment! How does a Tshirt change someone's life? Why fight over them? Watch video here 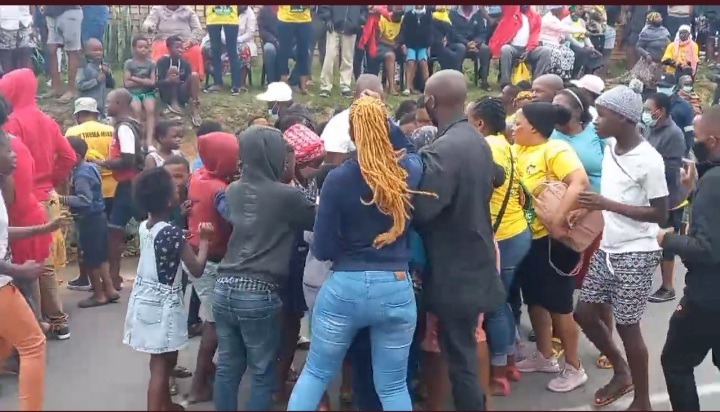 Ramaphosa will be addressing the community members and lead a door-to-door campaign in the area. People who are waiting for the President include intoxicated residents who are saying they are just there for the Tshirts. These people need to be delivered from the sick mental physco of ANC, which sees citizens as vulnerable people who only deserve mere Tshirts. The ruling party has cultivated this habit of buying votes with Tshirts and its sad to watch poor citizens embracing that mentality. 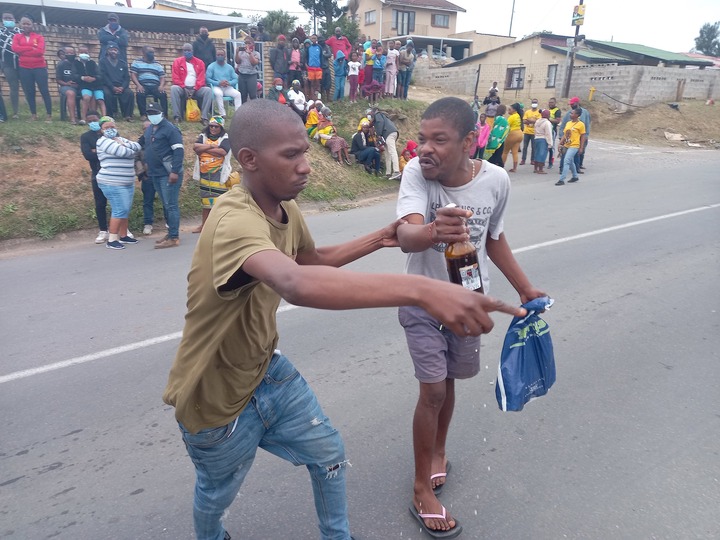 Meanwhile, EFF leader Julius Malema has warned communities, especially in Limpopo, not to allow themselves to be bought by political parties. "My People, stop accepting T-shirts (during election campaigns). You have been given T-shirts from 1994. They buy you with T-shirts which have Mandela's face on them. Then they gave you T-shirts with Mbeki's face, and you wore them. They buy your votes with T-shirts and you accept it. You can't sleep inside a T-shirt. You can't eat a shirt."Malema has rebuked this habit of luring the electorate using Tshirts but once they have voted, they are discarded like garbage. 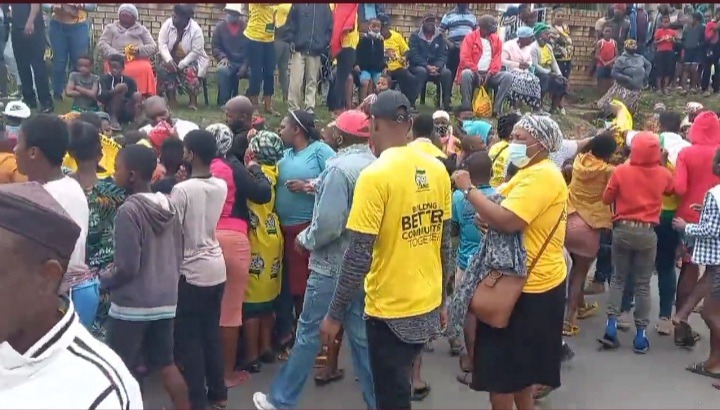 People need jobs, services and accountable leaders...not just Tshirts! In some other areas, people are woke and they have as a result burnt ANC Tshirts. I wonder how these ANC politicians feel when handing out tshirts to people who live in these hovels because of them. The ANC has given out more Tshirts than it ever helped an ordinary person in a community.It is funny how they have all the energy to campaign but during the years they ruled you never see them come knocking and asking how they may be of service to residents of South Africa.