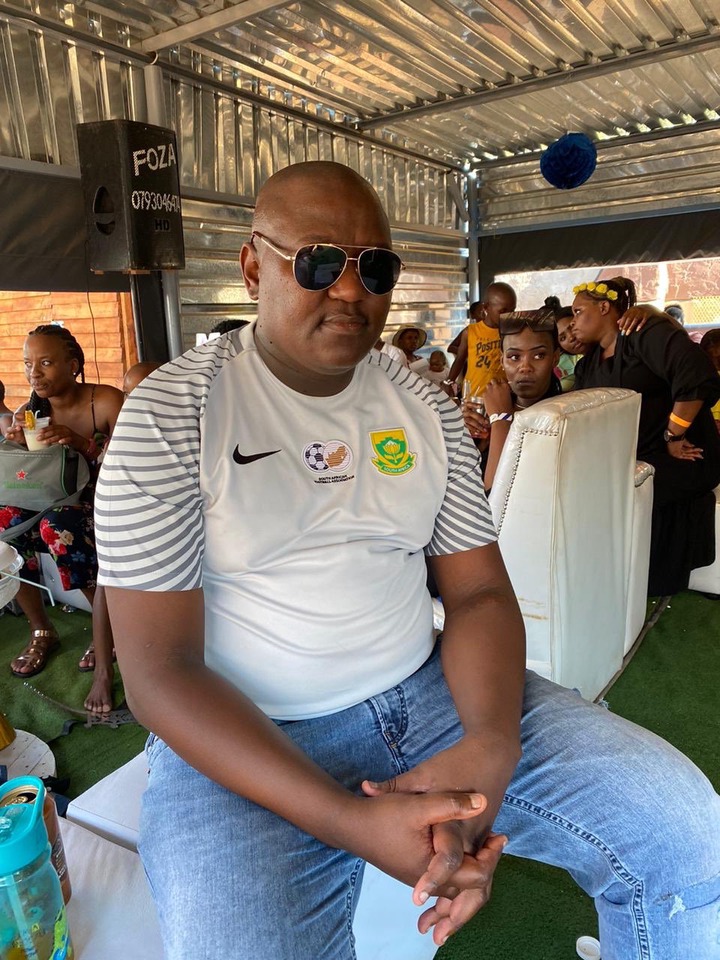 South Africans were left disappointed when the African National Congress member of Parliament captioned the photo of him in a flight that he shared on Twitter “✈️ Lilongwe”.

Lilongwe is where Shepherd Bushiri and Mary Bushiri are residing in Malawi and for a Member of Parliament to support fugitives, that is surely something that the African National Congress needs to look into.

The Bushiris skipped the country unlawfully and the police are still trying to establish where they could have exited, but Boy has decided to go and give them support in Malawi. 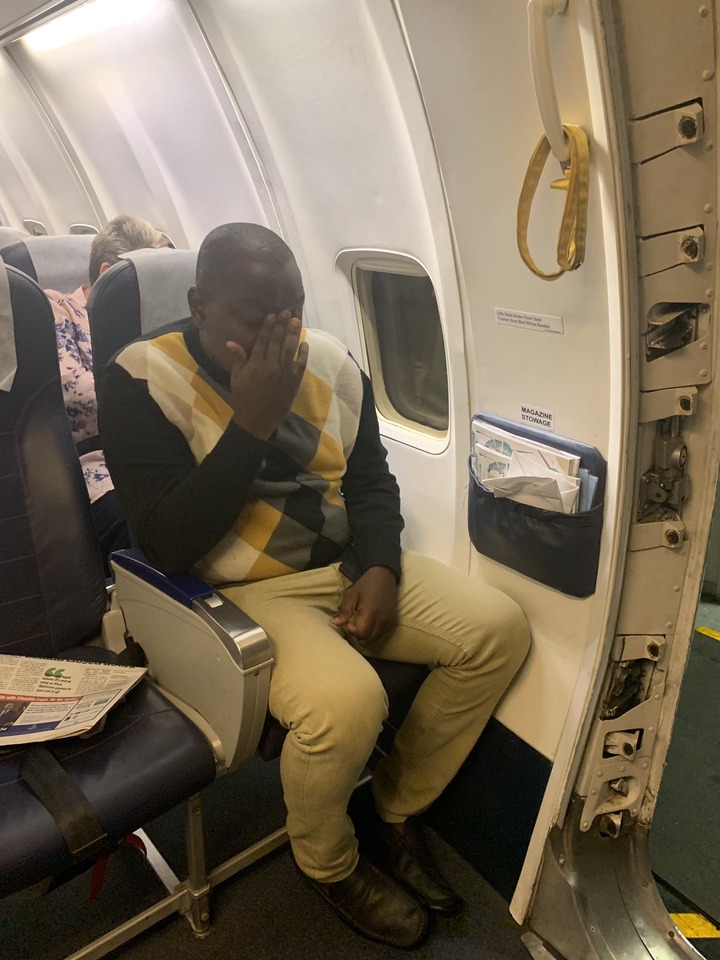 Mamabolo is one of the politicians who were also present at the Pretoria Magistrate's Court and he said he would help Bushiri about his documentation when speaking to the media outside the court where Bushiri was applying for bail.

Clara Ngakoana said it was embarrassing for a whole member of Parliament to support a fugitive when commenting on the picture of Boy Mamabolo. 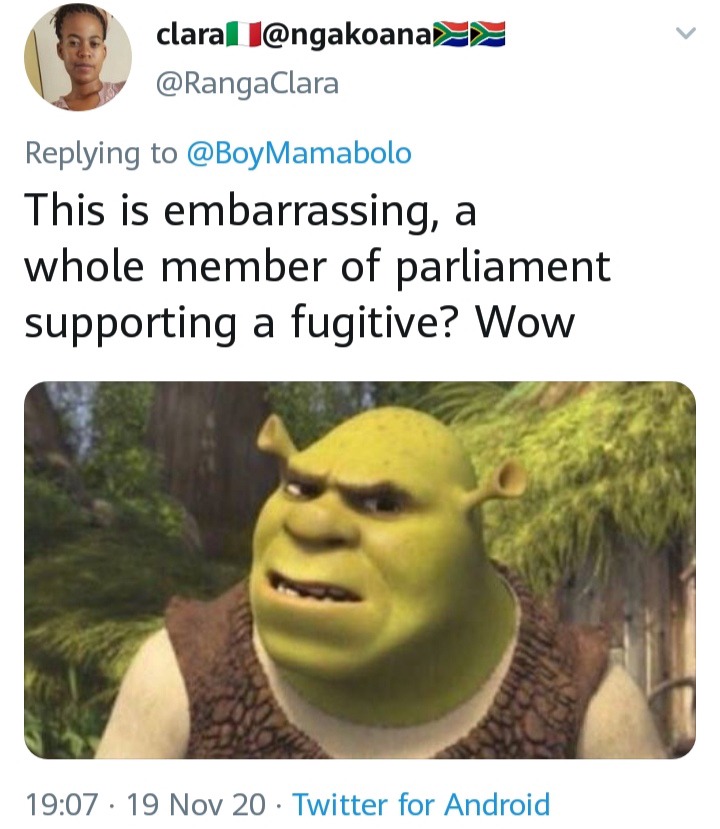 “Your parents knew you will never be the man, you will always be the boy,” Mhlawakhe Vatsha lambasted Mamabolo for his actions, and it remains to be seen whether the African National Congress will reprimand him for his actions and the message he's putting across or they will turn a blind eye.

There were a lot of things that tweeps said about Mamabolo and some insinuated that he is not fit for office and that there are some members of Parliament who are “abnormal”. 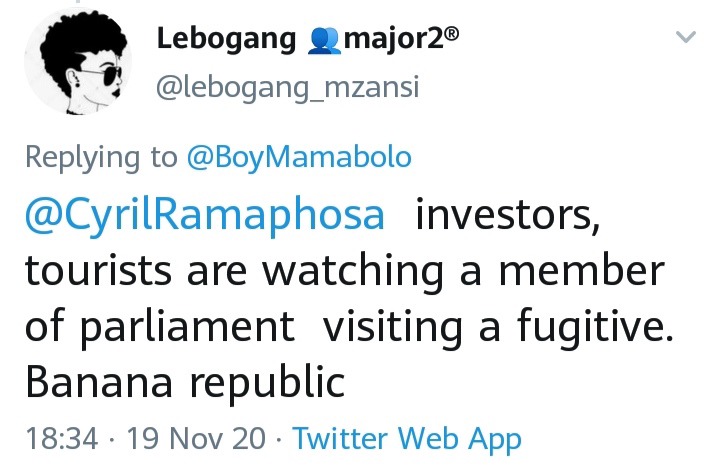 Mamabolo is a member of Parliament, although he may be supporting Bushiri and having a high regard of the man, he is expected not to compromise the South African Parliament.

Members of Parliament take an oath when they are appointed to the parliamentary roles and surely visiting a fugitive may be in breach of those, but the presumption of innocence until proven guilty as enshrined by the South African Constitution might play to his favour. 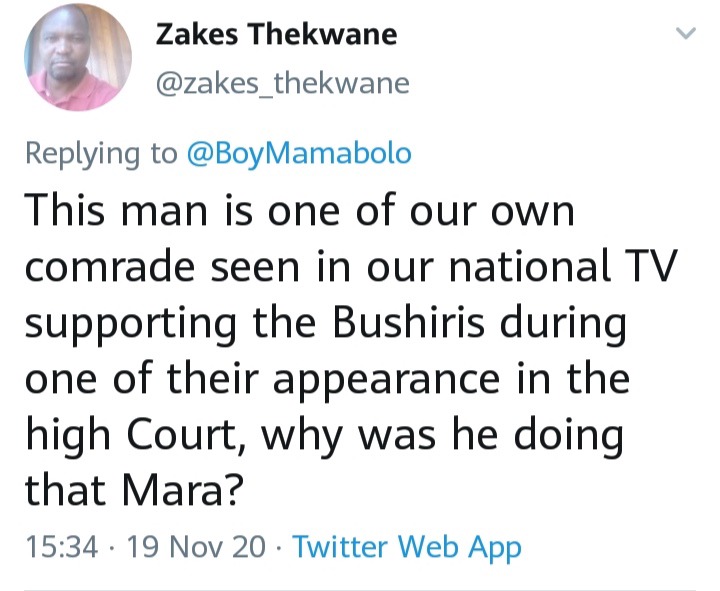 “What's wrong with this guy mentally? Is he representing the government in Lilongwe? Is he sent to go and silence Bushiri?,” Asked Simon Nhlapo, after allegations that Bushiri claimed to spill the beans on top politicians who allegedly promised him that he won't be arrested.

Although it may look like Mamabolo is being subjected to the court of public opinion, there are responsibilities that come with the jobs that people take; like a pastor cannot party and get drunk and expect the congregants to believe what he preaches the following day. 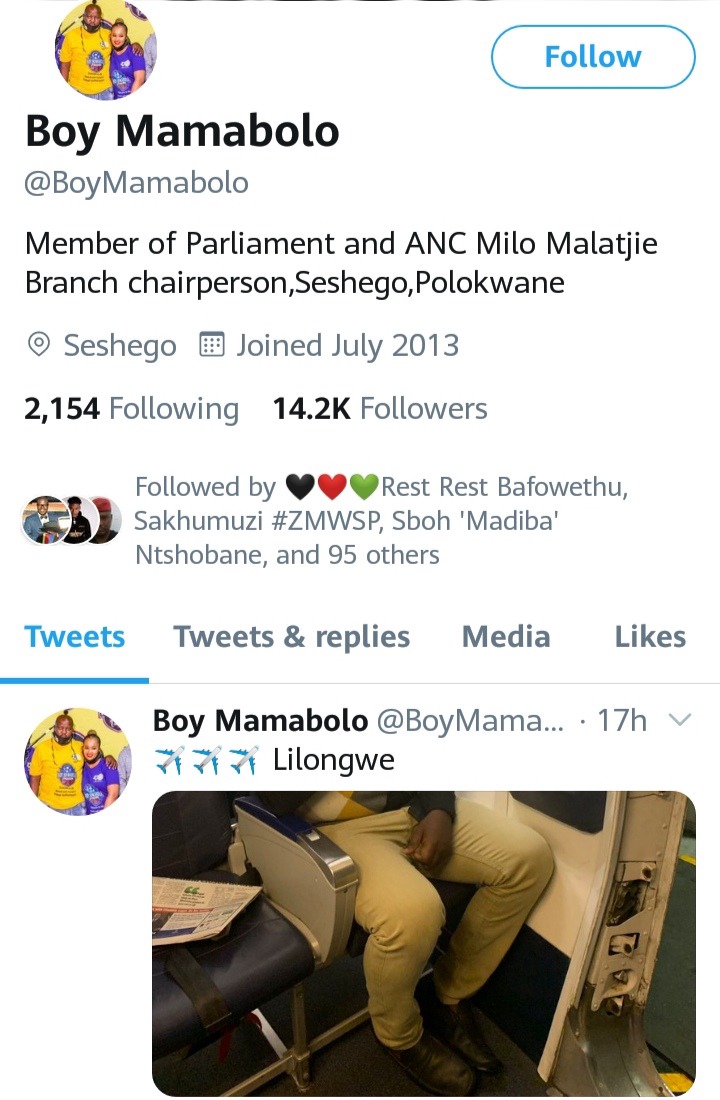