The US the executives consultancy Bain and Company said the initial segment of the State Capture Inquiry's as of late delivered report mischaracterised the job it played at the South African Revenue Service (SARS). 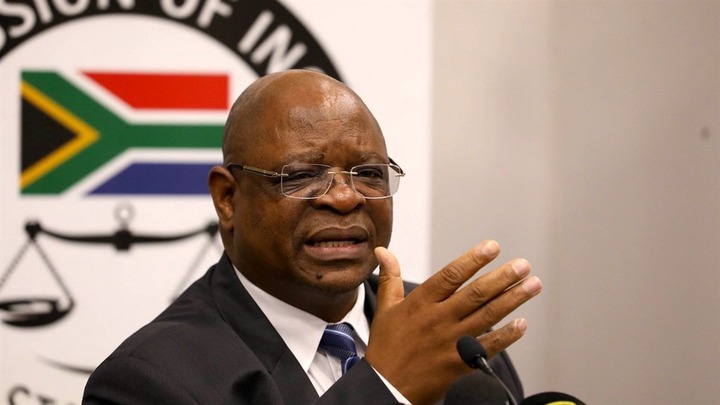 The first of three pieces of the last report was given over to President Cyril Ramaphosa at the Union Buildings in Pretoria on Tuesday.

The report suggests that law authorization offices research Bain, "with the end goal of empowering the National Prosecuting Authority to choose whether or not to start indictments" connected with the granting of agreements from SARS to the gathering. Also, given Bain's "unlawful" job in SARS, the report suggests that every one of Bain's agreements with state offices and organs of state be reconsidered for administrative and sacred consistence.

The report observed that Bain had some awareness of the arrangement of previous chief Tom Moyane before it was declared, and that Bain's previous overseeing accomplice Vittorio Massone had continuous gatherings with previous president Jacob Zuma. The request observed that Bain and Moyane did "itemized arranging" of arranged rebuilding at the assessment office "before they even ventured foot into SARS".

"Bain met President Zuma and Mr Moyane before they had even been named as outsider specialists to SARS, and from a beginning phase clearly they would be given the position, despite the fact that no delicate cycle had even started," the report found.

The report features mocking of acquisition regulation to stretch out what was initially expected to be a six-week contract for around R2.6 million, into one that kept going 27 months and cost SARS around R164 million. (Bain has taken care of the cash, with premium.)

As a feature of its work for SARS, Bain was personally associated with concocting a rebuilding plan for SARS with Moyane, it found.

"Precisely as the arrangement had mulled over, explicit people at SARS were distinguished and killed once Mr Moyane took up his position," the report found. "This included extremely senior individuals who had served the establishment well for a really long time."

Zondo says that SARS didn't require Bain's feedback. "Truly there was no requirement for specialists, not to mention an extreme upgrade of what was then a-list establishment."

"The SARS proof is an unmistakable illustration of how the private area conspired with the Executive, including President Zuma, to catch a foundation that was exceptionally respected universally and render it ineffectual."

On Thursday, Bain and Company made an announcement saying that it upheld the State Capture Inquiry, however observed the end it arrived at where it came to its counseling work baffling.

"While we stay steady of the commission and its work, we are baffled that Part I of the commission's report misrepresents Bain's job at SARS. While we committed errors in our work with SARS, we stay sure that we didn't in any capacity adamantly or purposely support state catch at SARS or somewhere else," the assertion said.

The assertion said there were no new realities considered in the report and that it depended intensely on the sworn statement and declaration of one observer who confessed to having "no direct information" of Bain's work at SARS, a hidden reference to previous Bain accomplice Athol Williams' declaration to the commission in March a year ago.

"Bain submitted two point by point affirmations to the Commission, neither of which seem to have been figured into the report," the assertion said.

In its report, the State Capture Commission communicated appreciation for Williams, saying that he "dismissed various endeavors from Bain and Co. to offer him enormous amounts of cash as a trade off for his quiet".