Opinion: JSC's inclusion of politicians is not good for our judiciary

By ErnieRaphasha (self media writer) | 20 days ago 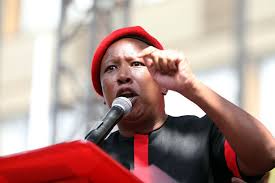 The Constitution of South Africa profess the independence of the judiciary and it is expected to be independence, impartial and to function without fear, favor and prejudice. Over time, the judiciary has been subjected to unending criticisms by those who want to be both players and referees at the same time. Those who consider themselves judges but without legal qualifications. People claim that judges are impartial and some of them are being used to fight legal battles but failed to prove the judges' bias.

More challenges can now be expected because the inclusion of politicians in the Judicial Service Commission will always have effects on the existence of the commission. Politician and leader of the Economic Freedom Fighters, Julius Malema shocked the public by advocating for Western Cape Judge, John Hlophe to be made the Chief Justice of South Africa despite the dark cloud hanging over his head. Hlophe is facing removal from his position due to his role in Jacob Zuma's charges where he was accused of trying to influence judges to rule in favor of Zuma. This issue. Is not yet resolved but Malema is speaking openly that Hlophe is innocent of all the accusations. Malema and other politicians who are serving as commissioners must put South Africa first ahead of their own personal interests. Hlophe's accusations must be laid to rest or he must clear his name first or else South Africa would be a mafia state.

The biggest question which everyone should ask is this: Why is Malema advocating for Hlophe who is implicated in wrong doings? Is involving politicians in the Judicial Service Commission not threat to the operation of the jdiciary? Malema and other politicians should be removed from the commission because their presence would spell bias and impartial to the judges and the Constitutional Court. The justices and the judges may feel indebted to the politicians and overwhelmed by desires to reward them for the opportunity they gave them.

Say your piece of mind. Please don't forget to follow me in order to get more informing informing and interesting news.