A young white South African met serious criticism on social media as people tagged her a racial traitor for joining the EFF led by Julius Malema. It should be noted that many white people do not like Julius Malema and the EFF for what they represent, so they attacked the lady for joining the political party that always attack white people. It should be noted that Wikipedia page of Julius Malema have been updated to include anti-white. Many white people cannot believe that the white lady decided to join the EFF among all other political parties in South Africa.

The 19-year-old who is in her second year at the university said she was met with negative reactions when she announced her plans to run as an SRC candidate under the EFF for the 2021/22 term on social media. 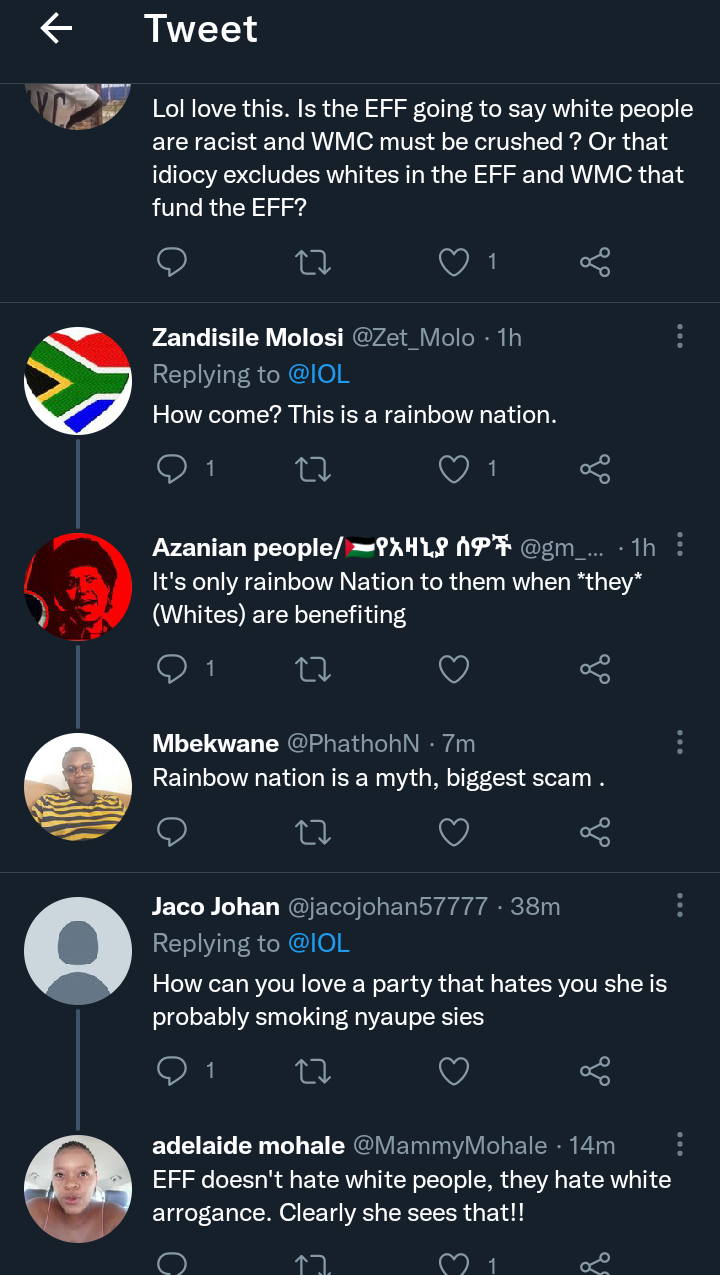 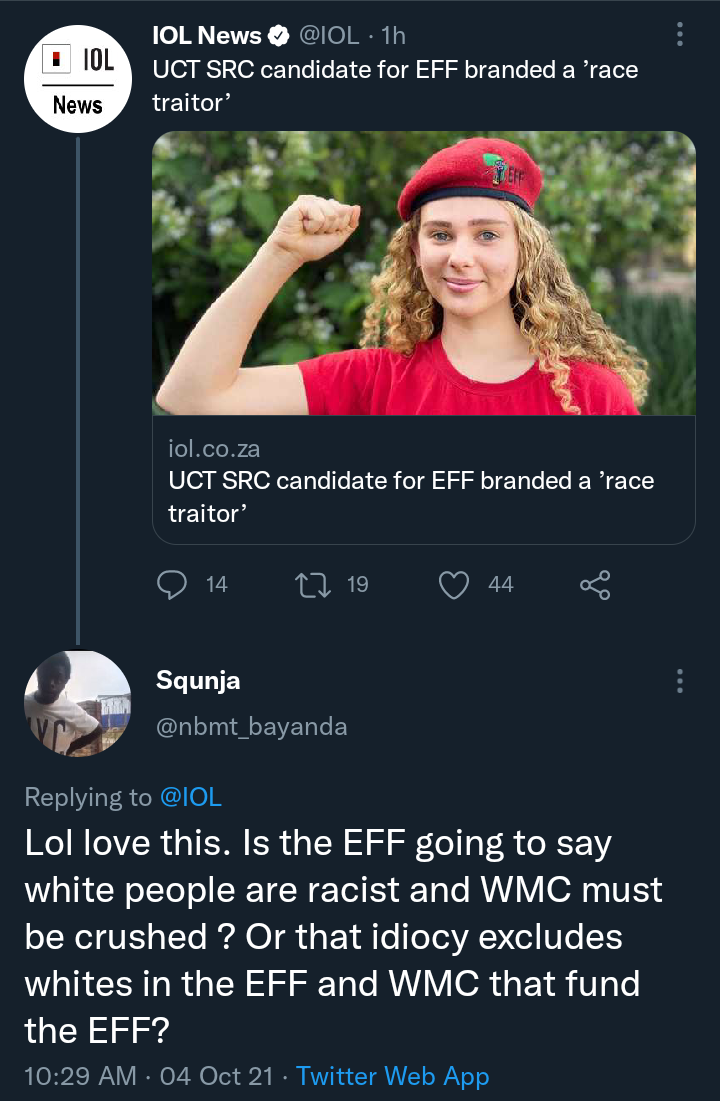 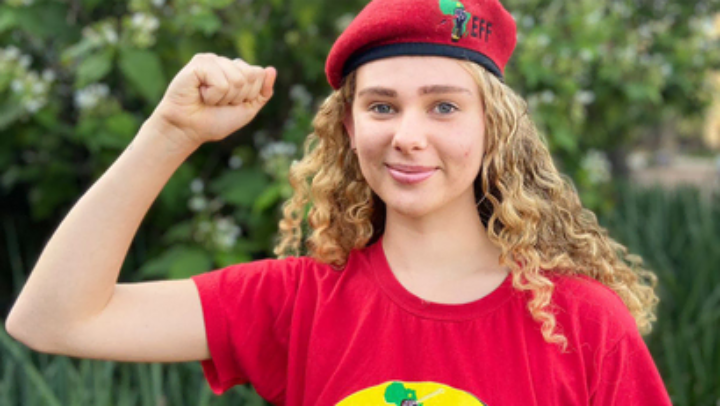 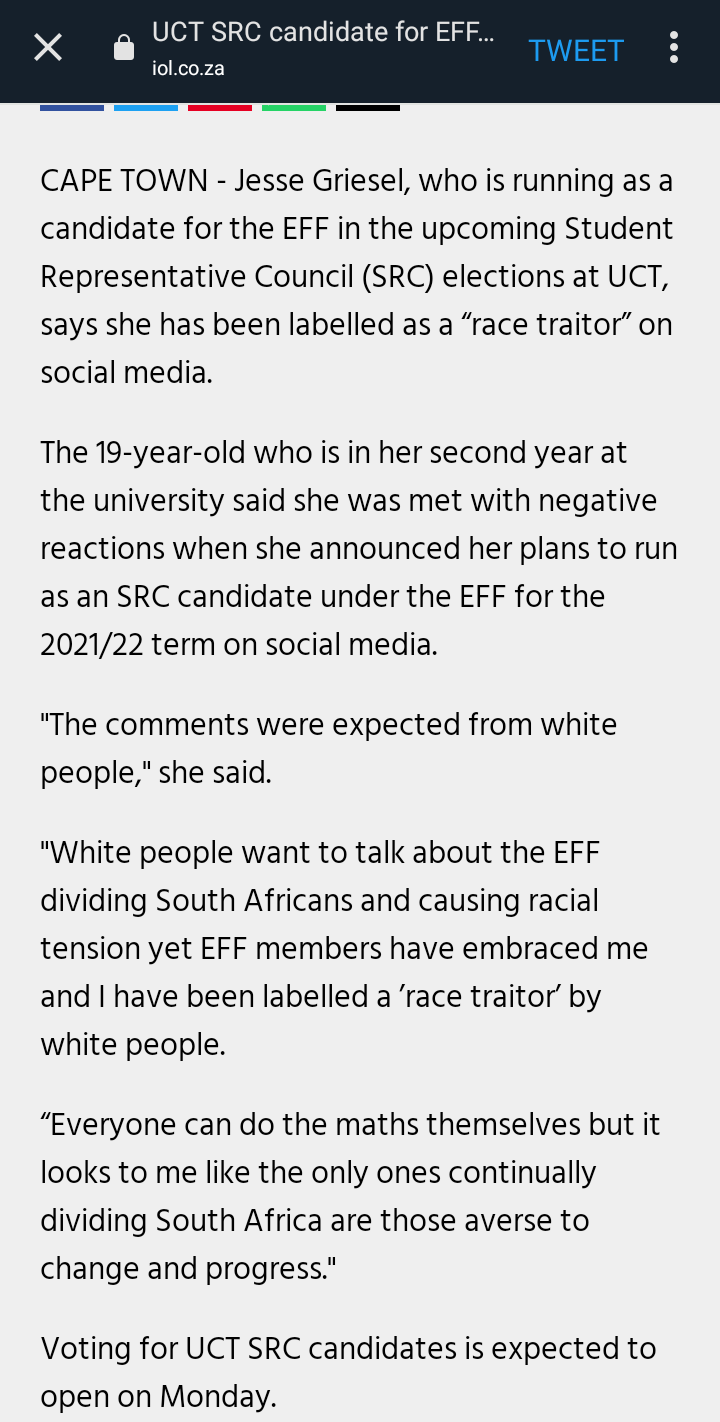 The negative comments were said to be from her fellow white people, and this is not a good omen for the rainbow nation. Some people after observing this ugly trend said that racism will likely not end in South Africa. “White people want to talk about the EFF dividing South Africans and causing racial tension yet EFF members have embraced me and I have been labelled a ’race traitor’ by white people.

“Everyone can do the maths themselves, but it looks to me like the only ones continually dividing South Africa are those averse to change and progress.”… The lady said she felt bad after she received negative comments and criticisms from those she was expected to receive positive responses from. An EFF member who was engaged by the development said, “Racist will never end …. we need Julius as a president of this country. EFF doesn't hate white people, they hate white arrogance. Clearly, she sees that”. Some people, however, said that the EFF members have been served in their own coin. They noted that EFF members started this racist things. 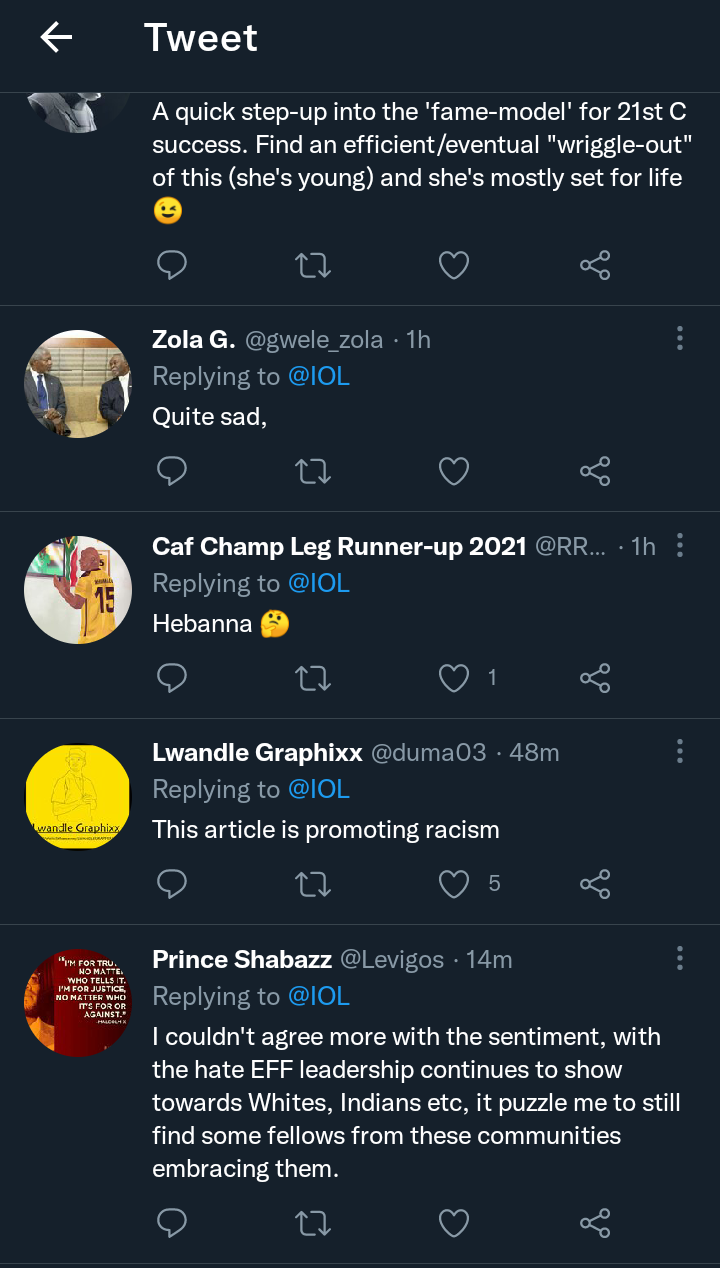 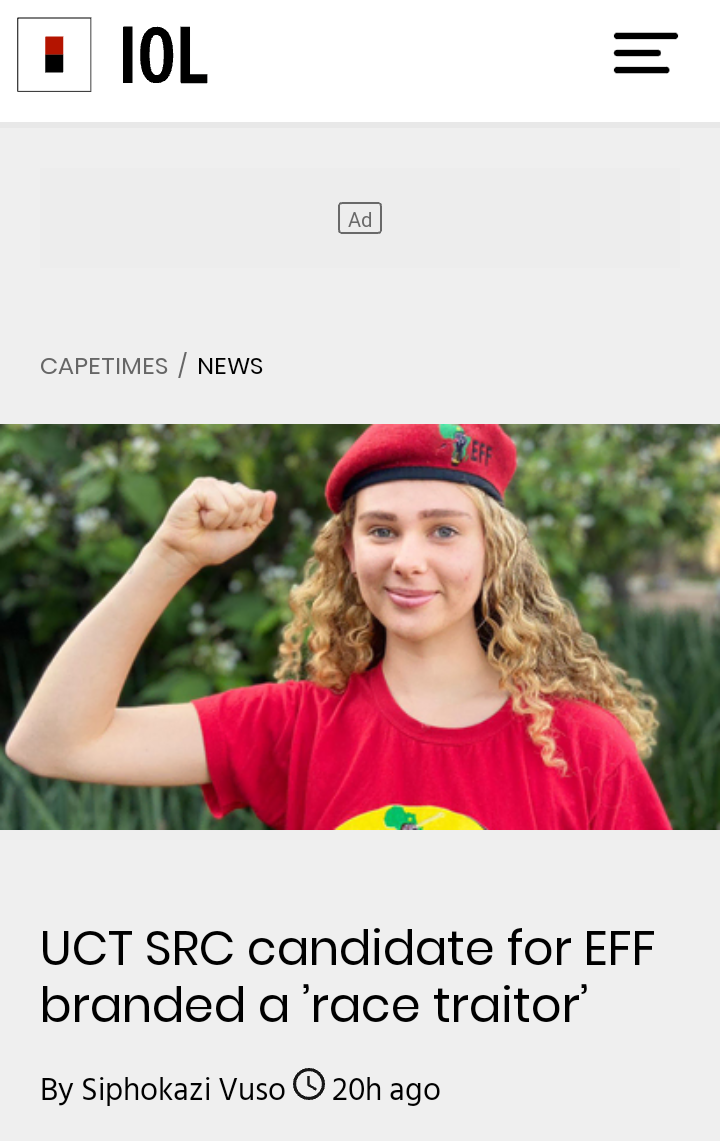 Another person noted, “I couldn't agree more with the sentiment, with the hate EFF leadership continues to show towards Whites, Indians etc, it puzzles me to still find some fellows from these communities embracing them… Is the EFF going to say white people are racist and WMC must be crushed? Or that idiocy excludes whites in the EFF and WMC that fund the EFF?”. Is the rainbow nation still the same rainbow nation as of old?

9 Of The Most Successful Celebrity Businesses

Meet Mzansi celebrities who are single mothers and proud.