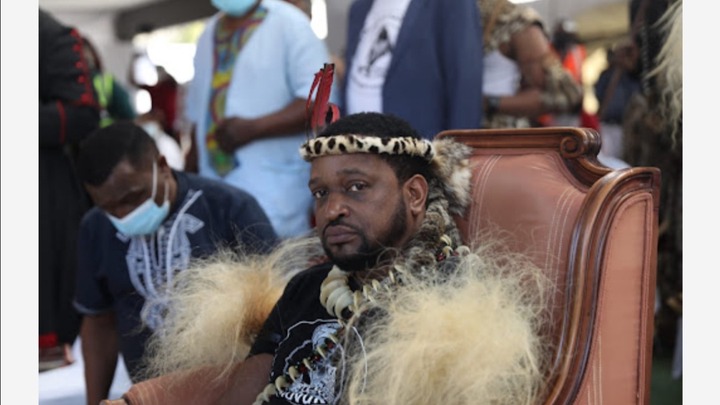 In the midst of a succession feud, Prince Misuzulu ka Zwelithini used his battle of Isandlwana commemoration speech to solidify his claim to Zulu kingship.

On Saturday, the emboldened prince told a crowd of amabutho gathered in Nquthu, northern KwaZulu-Natal, not to be misled by his critics.

"Don't worry about what others say, amabutho; you know who your king is." "I applaud you for cooperating with us despite any concerns you may have," he said.

A court dismissed an application to prevent him from speaking as king at Saturday's event, which boosted his confidence.

"We go in and out of court due to a few people, but we respect the (late) king (Goodwill Zwelithini) even when he isn't here." "We'll keep doing what he was doing," he said.

He was referring to a commemoration that the reigning Zulu king has addressed for the past 50 years.

The day is significant because it commemorates the defeat of the British army by Zulu warriors in the hills of Isandlwana in Nquthu.

Misuzulu ka Zwelithini thanked those in attendance for their unwavering support for his kingship.

"I thank you for your perseverance in all that is happening, that you are not perplexed because, even if the English part of putting me on the throne hasn't happened, you know who your king is," Misuzulu said.

He also thanked the Zulu nation's prime minister, Prince Mangosuthu Buthelezi, for his support during the succession battle.

I sometimes feel sorry for him because, even with my father, he was always in the forefront, and he still runs around during my time. "We are fortunate that God has preserved him for us because it indicates that God has a greater purpose for this nation," he said.

Take a look at Jah Prayzah's house and wealth. He live like a king

Touching: Cause Of Dr Deborah Fraser's Death will leave you in tears