By Premier-News (self media writer) | 16 days ago 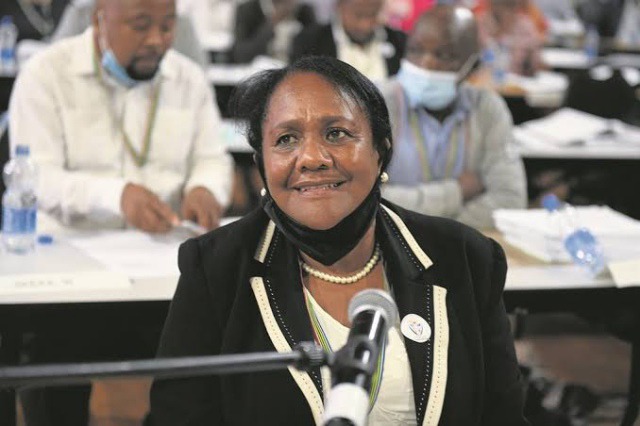 The African National Congress (ANC) have officially taken over Nelson Mandela Bay, and Eugene Johnson will be the new Nelson Mandela Bay mayor representing the ANC, after winning the vote by a slim margin at this morning’s inaugural council meeting in Gqeberha.

However, ActionSA leader Herman Mashaba is clearly happy about the ANC taking over Nelson Mandela Bay, Herman Mashaba responded by taking to his official Twitter account to express his disappointment, as he believes that the people of Nelson Mandela Bay rejected the ANC during the local government elections, and it is sad that they are going to be governed by the ANC even though they didn't vote for them. 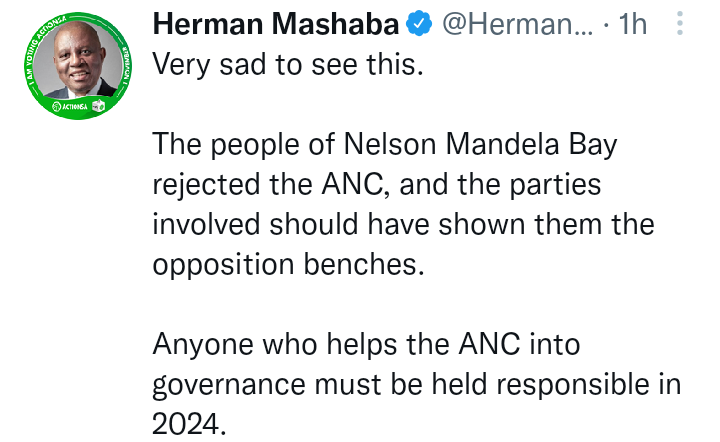 "Very sad to see this.

The people of Nelson Mandela Bay rejected the ANC, and the parties involved should have shown them the opposition benches.

Anyone who helps the ANC into governance must be held responsible in 2024." - Wrote Herman Mashaba.

Meet The African Tribe That Hunts Human Being, This Is The Reason Why They Feed On It