Any great emergency interchanges master will let you that know if you are the CEO of a large company, the main standards are to talk rapidly, tell the truth, be responsible, end the mischief, show initiative and be sympathetic.

Cyril Ramaphosa was not the CEO of South Africa when the Marikana misfortune happened in 2012. Yet, he is the President now.

His part in the shooting was as a non-leader head of Lonmin, the organization that claimed the Marikana mine at that point, which has consequently been purchased by Sibanye Stillwater.

This week, as the country's media dropped on the platinum belt for the yearly recognition of the August occasion, much has been composed and said about the thought of a conciliatory sentiment from President Ramaphosa.

Various Marikana widows were cited, interesting to President Ramaphosa and his administration to be contrite and apologize for what befell their spouses during the slaughter a decade prior.

The Association of Mineworkers and Construction Union (Amcu) said Marikana will stay an off limits area for President Cyril Ramaphosa until he is sorry to the families who lost friends and family during the slaughter.

A lawyer for those diggers who were injured and captured during that episode said external court this week that they were trusting their common suit for nearly R1bn in pay closes with a statement of regret from Ramaphosa. As per Business Day, they are looking for a genuine statement of regret from Ramaphosa and an endeavor that he will partake in a reconciliatory cycle with them.

As a general rule, what we saw in Marikana this week is a region that stays an off limits area, for the President as well as for all ANC delegates, and that the shooting keeps on being vigorously politicized. The possibility of Ramaphosa conveying the sole liability regarding saying 'sorry' is a politically helpful story for those looking to ruin him.

The facts confirm that Marikana stays a particular scourge on Ramaphosa's heritage. It will constantly be a stain on his vocation. Yet, more so now that he is President. Had he not become the main government worker in the country, it is reasonable his job wouldn't keep on overwhelming the talk around this issue in the manner that it does. Rather fault would be principally focused on those still in office like Minister Nathi Mthethwa who was police serve at that point. Or on the other hand the ANC. Or on the other hand government overall.

As policing master David Bruce has set around here, the police authority should likewise be considered responsible. They realized carnage was probable, but South Africa's police officers sent off their activity against striking excavators in any case. It is dependably critical to call attention to the specific circumstance and environment in which the August 16 shooting happened and to recollect that ten others passed on as well, including cops and safety officers.

What then should Ramaphosa apologize for?

Vital to this would be his obligation in sending a progression of messages to Lonmin board individuals and government authorities the day preceding the shooting which was nitty gritty at the Farlam Commission of Inquiry.

"They are clearly devious hoodlums and should be portrayed accordingly," Ramaphosa said in one email depicting the activities of diggers. In another, he called for "accompanying activity to address what is happening". Critically, he additionally neutralized exchanges among associations and Lonmin the executives and pushed for additional sharp activity from the police. These messages have throughout the last ten years been deciphered in various ways - some would contend the political strain he applied prompted the gore. Others would agree that he didn't provide an immediate request for the officials to start shooting.

The Farlam Commission observed that Ramaphosa was not the reason for the slaughter. The report found: "There is no reason for the commission to find even on an at first sight premise that Mr Ramaphosa is at fault for the wrongdoings he is claimed to have perpetrated."

Ramaphosa, similar to any great CEO, might have emerged at the tenth commemoration recognition and apologized to individuals of Marikana. However, that might well have been an empty conciliatory sentiment. For it to be true and to be invited and acknowledged, Ramaphosa would need to be sorry and really acknowledge liability regarding his job.

Up to this point, it has been certain that he doesn't really accept that he has anything to apologize for.

In April 2018, at the memorial service of Winnie Madikizela Mandela, Ramaphosa committed to a responsibility that he would respect a commitment he made to her, that he would proceed to visit the widows of those killed in the shooting. He said she had let him know on her 80th birthday celebration that she would take him and EFF pioneer Julius Malema to proceed to visit Marikana.

"We were unable to go in light of the fact that you were not great. You are gone at this point. I'm left to go alone. Yet, I will be directed by your soul," Ramaphosa said. "Furthermore, I realize that Julius Malema will go with me so we can proceed to recuperate the injuries of the Marikana widows."

The 10th commemoration would have been an ideal chance for Ramaphosa to visit such, however he would have realized that any such visit would need to incorporate a veritable and bona fide statement of regret which he might not have been arranged to make.

In 2017, Ramaphosa went most of the way to saying sorry. He was sorry for how the Marikana slaughter unfurled, saying he was upset for the sort of language he utilized at the time in messages shipped off government authorities.

One SA Movement pioneer Mmusi Maimane told the group in Marikana this week that Ramaphosa would perpetually be known as Mr Concomitant, a reference to the words in his messages sent the day preceding the misfortune.

What is obvious this week is that Ramaphosa has botched a chance to visit the widows and to apologize genuinely. In any case, government's powerlessness to genuinely show any sort of regret is all the more plainly shown in its wretched inability to change the circumstances and conditions of the people who live in the shadow of this misfortune. They keep on living in neediness, neglected, with the exception of multi week in August consistently.

Ramaphosa probably shouldn't apologize for legitimate reasons. He might stress that an affirmation of responsibility will make him guilty and open him to prosecution.

He probably shouldn't apologize for political reasons. It is after every one of the an ANC political decision year and his faultfinders would jump all over on the chance to dishonor him albeit this issue obviously doesn't mean something negative for him inside his party.

Or on the other hand he may not feel that he is without a doubt capable by any means. That maybe is the most sensible explanation he has not said sorry. 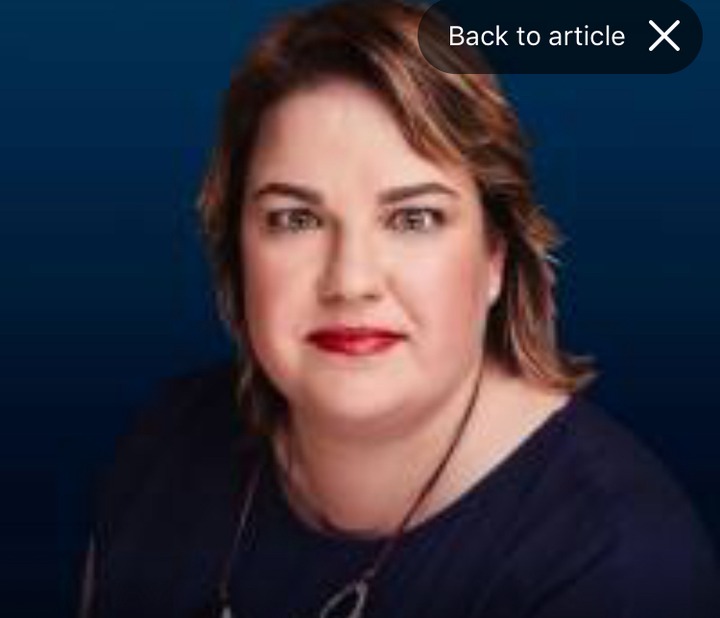