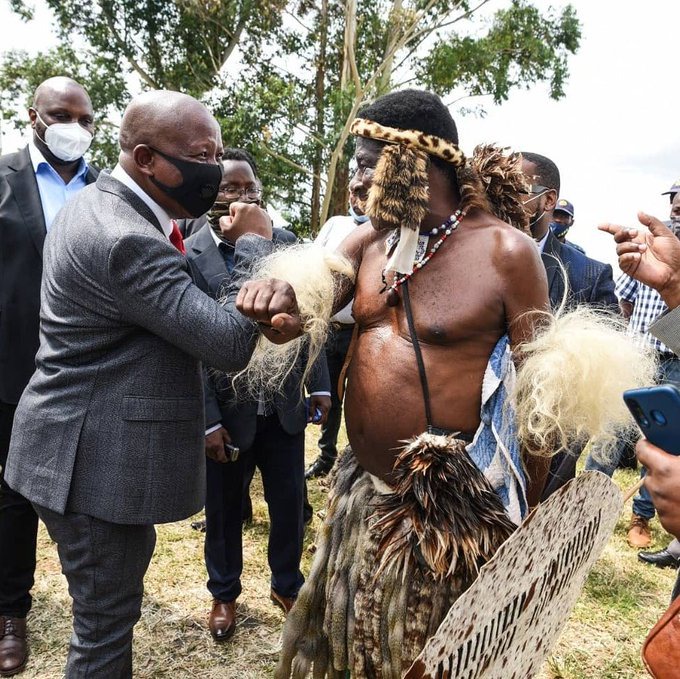 It was different tales for two influential politicians at the King Goodwill Zwelithini Christian memorial service at the KwaKhetomthandayo royal palace on Thursday where a president was whisked away abruptly and a Commander in Chief had his way in.

While EFF leader Julius Malema briskly walked into the venue of the memorial palace and was seen later taking pictures with some of the Amabutho, it was a different story for President Cyril Ramaphosa who had to exit the royal palace alongside other dignitaries after disgruntled Amabutho blocked the gate demanding to be allowed inside.

Some observers conclude that it is a popularity contest between the President and the EFF leader.

Zulu traditional warriors and chiefs otherwise known as the Amabutho were poised to be part of the memorial service after days of playing the pallbearers carrying the remains of the king and singing around the royal palace. But they were denied entrance on the day by Zulu traditional Prime Minister Prince Mangosuthu Buthelezi.

In a video provided by TimesLIVE’s Sandile Ndlovu, President Cyril Ramaphosa and other VIP mourners was see being whisked out of KwaKhethomthandayo palace using an opening through a fence after the Amabutho became unruly and closed the gate of the palace in protest against their denied entry. 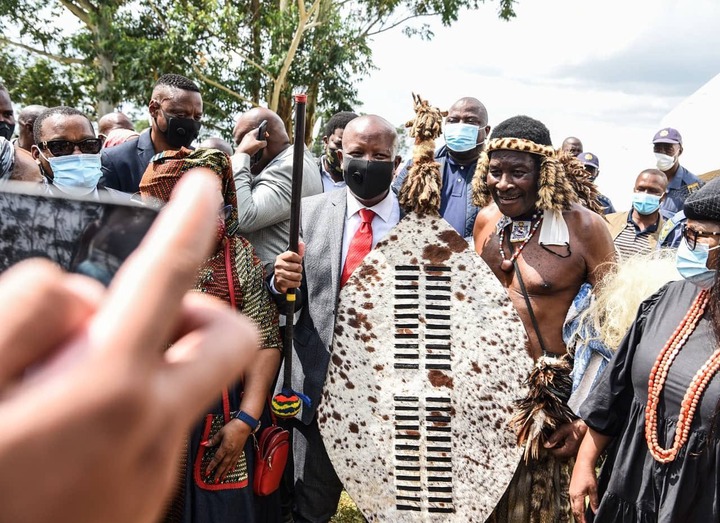 Afterwards, an eyewitness explained that the matter was resolved and a Zulu Chief- Inkosi umtwana wakwaphindangene calmed the Amabutho and President was allowed to leave.

Many commentators suggest traditionalists such as the Amabutho do not have boundaries, and they only respect and observe their own traditional protocols especially when they are frustrated as in the case of the memorial service. However, they argue that the Zulu warriors should know that not always their way all the time even in their own kingdom.

Social commentators blamed lack of contingency plan on the side of presidential protocols and security and tolerance of such tomfoolery from the Amabutho. Yet, some maintained had the presidential security detail fired at this rowdy crowd, the president would have been blamed for it. Hence, it was wise of the president to walk away and avoid trouble.