As the uncertainty about who will emerge to succeed President Uhuru Kenyatta in the 2022 succession politics, Kenyans are thrown into a state of confusion as far as electing the next president is concerned.

There are many versions of coalitions and running doing rounds ranging from a Dr. William Ruto presidency though his running mate is yet to be unveiled, a Gideon Moi presidency, a Raila Odinga presidency and a Musalia Mudavadi presidency among many others emerging but none of them is standing out clearly as the man to beat for the 2022 polls.

Deputy president has been enjoying the front-runner space for quite a long time since 2017 polls but his popularity seems to be waning after President Uhuru Kenyatta decided to de-whip most of Ruto's allied MPs and senators from strong and influential positions in the national assembly and senate.

The vocal supporters of the DP have since gone slow and silent after being taken through the chopping board that has seen many of them switch allegiance back to President Kenyatta who is the party leader of the ruling coalition.

However as much as Uhuru is out to consolidate his support across the country and implement his manifesto that will enable him leave a legacy after exiting power, it is still mind-boggling to many as to what the president will become after finishing his two terms as president.

The seat has attracted many aspirants who continue announcing their intention to vie for the top seat in the country as others are busy seeking to form pre-election coalitions among other strategies being mooted by the politicians and power brokers.

Mudavadi Out To Be Supported Not To Support

AMani National Congress - ANC party leader Musalia Mudavadi who is preparing to have another try at the top seat has come out clear to dispel rumors that he is planning to become DP Rito's running mate in the 2022 polls.

Speaking to journalists in an interview, ANC chairman Kelvin Lunani categorically said that his boss has not entered any agreement or had any meeting with any aspiring candidate to form a coalition or support him for the bid. "I want to tell you as ANC chairman that we have not had any meeting with any leader be it the DP or any other to support them for the presidency in 2022 and in any case people should know that MUsalia MUdavadi is going all the way to the presidential ballot box ," said Lunani.

He added that Mudavadi has in the past supported other leaders a great deal for the seat and it is high time now for the likes of ODM leader Raila Odinga, Deputy President William Ruto among others to come and support Mudavadi's bid for the president.

"We all know that DP Ruto has served his two terms as DP hence the constitution doesn't allow him to be a running mate again hence if he wants to work with us he should come quickly to line up behind Mudavadi and even Baba Raila Odinga should be gentleman enough to support Mudavadi this time round," added the chairman.

He further noted that if DP Ruto wants to join Mudavadi's team as campaign manager for 2022 polls then he better hurry up to secure the chance revealing that the team is well organized for the seat and people should be ready for a Mudavadi presidency.

Lunani's sentiments come in the midst of trending rumors that Mudavadi and Bungoma senator Moses Wetangula have joined DP Ruto's camp for 2022 after refusing to join other Luhya leaders led by COTU secretary general Francis Atwoli and devolution CS Eugene Wamalwa and Kakamega governor Wycluffe Oparanya to forge for a force that is in support of the Building Bridges Initiative and the looming referendum that is being fronted by President Uhuru Kenyatta and ODM leader Raila Odinga. Embattled Fprd Kenya party leader Moses Wetangula who is now working closely with Mudavadi as he also faces a rebelion from his own party that a section of party officials want to topple him from the top seat of Party Leader.

Mudavadi and Wetangula seem determined not to be seen to support directly an initiative by Odinga who was their co-principal in the NASA coalition in the 2017 polls but things seem to have fallen apart after Odinga went alone and had a handshake with president Uhuru Kenyatta in March 2019. Kakamega governor Wycliffe Oparanya who supports ODM leader Raila Odinga despite himself declaring that he will vie for presidency in 2022.

ANC Gideon Moi Musalia Mudavadi Raila Odinga Uhuru Kenyatta William Ruto
The views expressed in this article are the writer's, they do not reflect the views of Opera News. Please report any fake news or defamatory statements to operanews-external(at)opera.com

Mmusi Maimane: This is why I won't start a political party 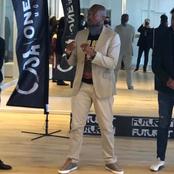 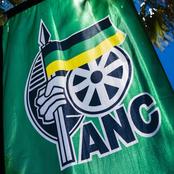 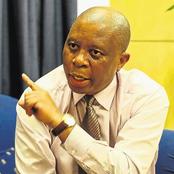