EXPOSED: " If I were you I would worry about Lindiwe Sisulu's letter to the president " Carl to Tito 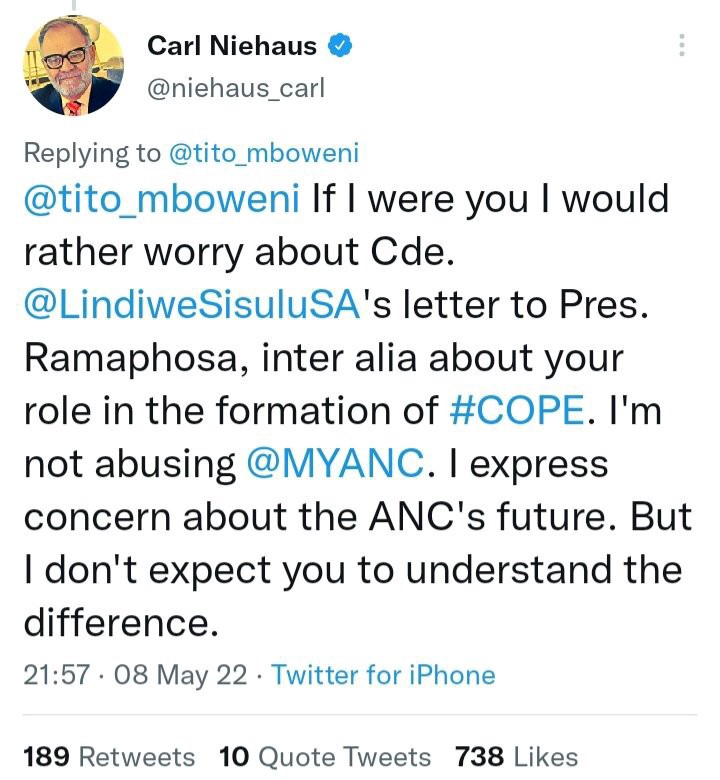 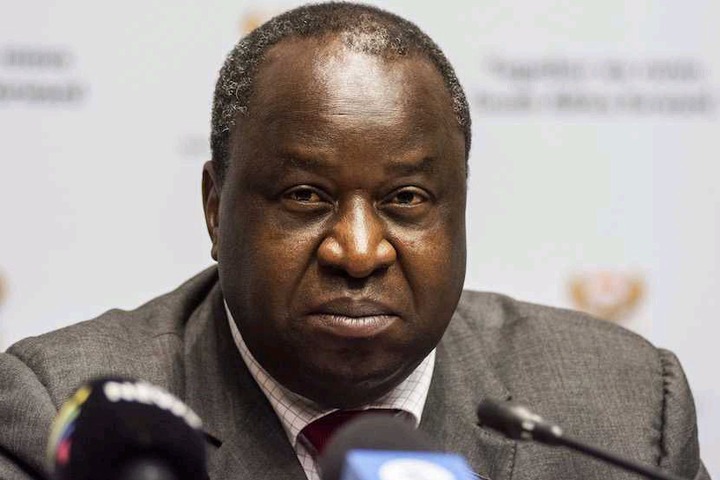 Mboweni was apparently no longer in Ramaphosa's good graces. Now, rumors are surfacing that the former Finance Minister betrayed the ruling party. Former MKVA veteran Carl Niehaus revealed this on Twitter. Niehaus revealed Mboweni's double standards by stating that Lindiwe Sisulu wrote a letter to Cyril Ramaphosa. "@tito mboweni If I were you, I would be more concerned with Cde. @LindiweSisuluSA's letter to President Ramaphosa, which includes your role in the formation of #COPE. I am not abusing @MYANC. I am concerned about the future of the ANC. But I do not expect you to comprehend the distinction", Niehaus said.

This occurred following a Twitter exchange between Mboweni and Carl Niehaus. Mboweni accused Carl of abusing the ANC. Who is the greatest traitor at present? Dr. JJ Tabane also discussed the formation of COPE and its founding members. Tito Mboweni served as their spin doctor. JJ Tabane has credible information that Tito Mboweni was instrumental in the formation of COPE; therefore, he must respond to these allegations. (Source:https://youtu.be/Gy5duiGr0m4)

Those who developed COPE accused Ace Magashule of developing ATM. The ANC's investigation of cde. Ace yielded no results. Will Mbeki, Manuel, Mboweni, and Godongwana be investigated? Ai sies man, continued Carl. We are aware that Supra Mahumapelo was also involved in this scheme. It will be intriguing to see how selective that Sisulu letter will be! Sisulu and Mahumapelo are in the same camp, isn't it? It is becoming more intriguing. We require an investigation into why the Anc is being destroyed from within.

In Shook|| She was ráped & given poisoned chocolate so she dies at the hospital. Read the following.

Military painted small house that will leave you in awe. Check it out.

"They came for a wedding booking and I will be preparing for it." A guy posted

Laughter heals, get rid of dull face with these funny memes