The African national congress Secretary-General Jessie Duarte has been hospitalized after she could not breathe earlier this week and the news missed it. This might have been caused by her campaigning when she was fighting the DA in the nicest possible way after their racist remarks. 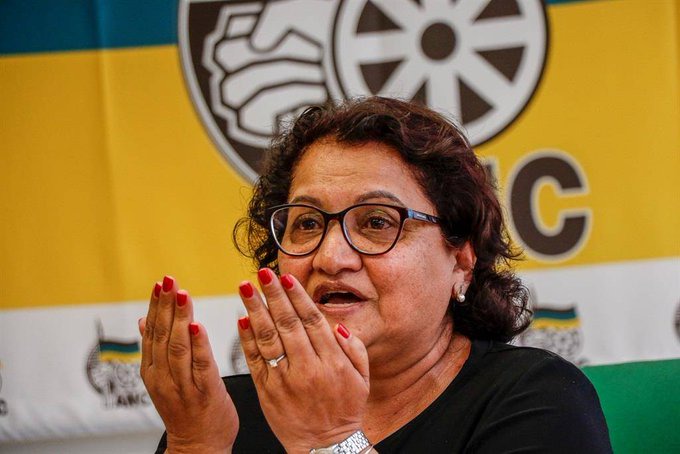 The ruling party should take care of their party members that are thinkers and reasonable like Jessie who could be president someday and mother this whole country to success and happiness. She is old now Jessie but the love for helping people still exists in her heart, she was not changed very much by the Afrikaanse that happened back then.

Jessie at age 57 she has been part of the party for her whole life, she fought the apartheid which also affected her in many different ways because she is a mix of both black and white parents, so she could not fit in anywhere so she would go to her African side of her family she would not get accepted because they did not understand her, and she went to the white side and they would not understand as to why and how she is because of the segregation, it made more mix kids than anything, now that it is legal for an African and EUROPEAN to populate mixed new first generations were few.

She was also Nelson Mandela’s special assistant and anti-apartheid activist, she has been in the political game for a long time, we hope she gets better so she can get back to her duties of being Secretary-General as Ace Magashule was given the boot after they found out he was corrupt and replaced her with a qualified person to be at the right place at the right time.