It is true that you shouldn't trust anyone in politics. Even friends can turn on each other, so loyalty is not a sure thing at all. In the ANC, we know that leaders need allies, and we have seen this happen either to keep leaders in their positions no matter how wrong they might be or to get rid of them. If you are related to a certain leader, you can be sure to get a job in the government, especially as a minister. 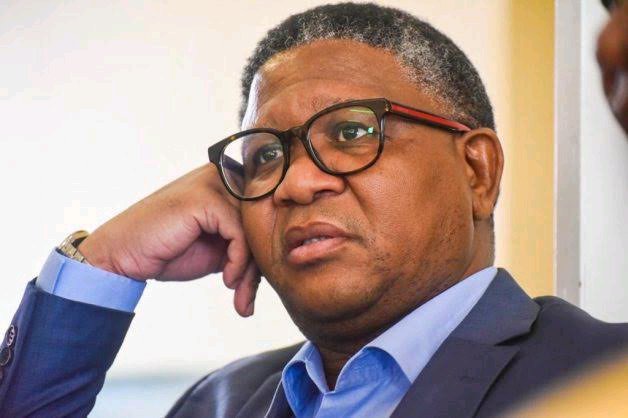 Fikile Mbalula is one of Ramaphosa's most well-known allies. Many people have said that Fikile Mbalula is a traitor because he supports both sides. During the time that Jacob Zuma was president, he was his friend. Now that it's Ramaphosa's turn, he sings his praises. He even fought with other ministers on social media to defend Ramaphosa, but it looks like Mbalula is no longer the hero of the camp.

Now, it is said that Ramaphosa kicked Fikile Mbalula out of the committee meeting on the government's investment in the economic sector. People think he didn't come to the meeting ready and also didn't read the cabinet memos. It looks like Fikile Mbalula hasn't been doing well at meetings, and he always shows up without being ready. 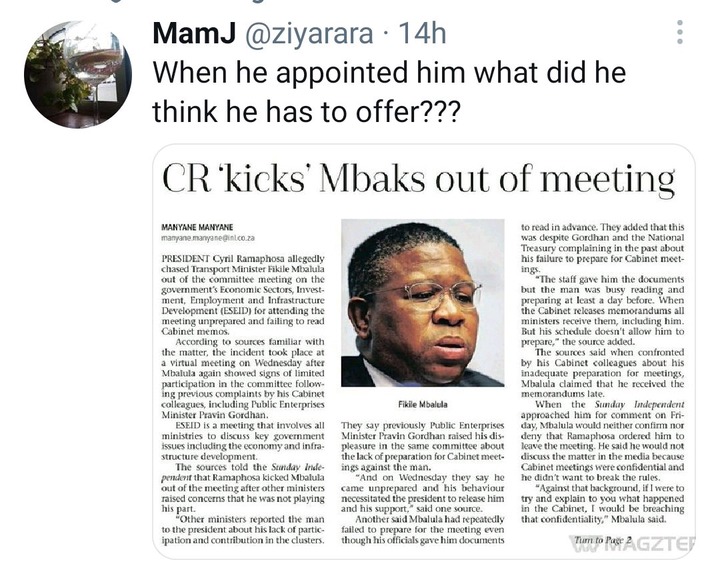 It is also thought that Pravin Gordhan and other cabinet members have complained about him in the past, and he keeps doing it. All of the ministers get the memo ahead of time, and even Mbalula is said to get the memo in time, but he doesn't start preparing for the meeting until the night before.

People now say that it's because Pravin Gordhan doesn't like how he acts, and some even think he might lose his job as a minister. Ramaphosa is just doing what Pravin tells him to do. Who will fix the holes in the road now that Mbalula is gone?