One of the most trending pictures on Twitter right now is that of President Cyril Ramaphosa Pointing at something imaginary for Jacob Zuma. The pictures may have been taken when Jacob Zuma was the president, and Cyril Ramaphosa, his vice president. However, South Africans on social media have seen the relevance of pictures, now than ever. Most of the people commenting on this trending picture, says that Ramaphosa is indirectly pointing at the prison /jail for Zuma, perhaps that is where he would end if he continues to show contempt to court orders, and the country's constitution. 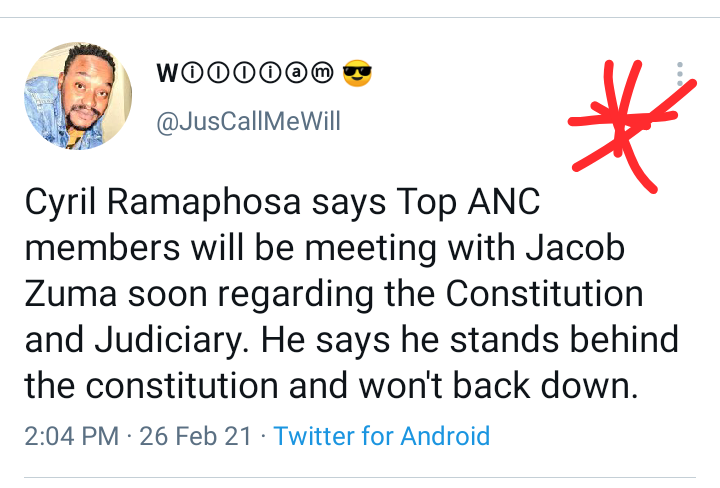 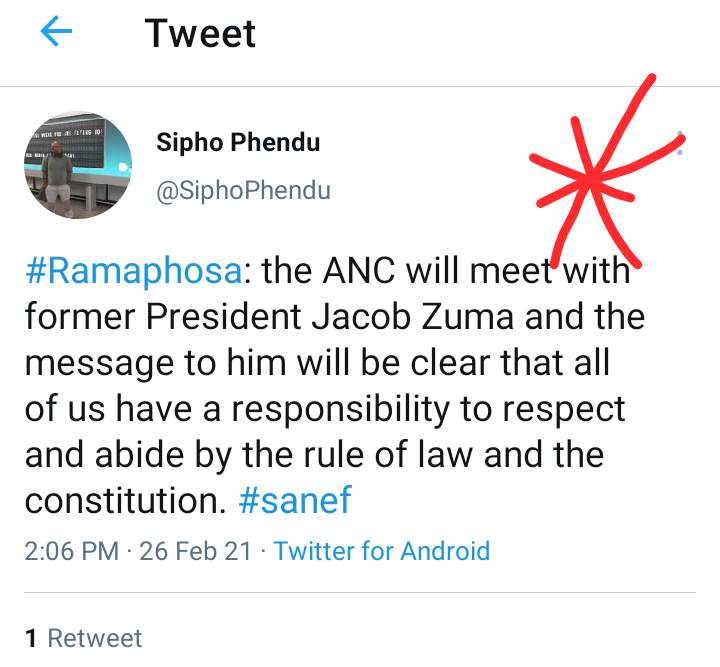 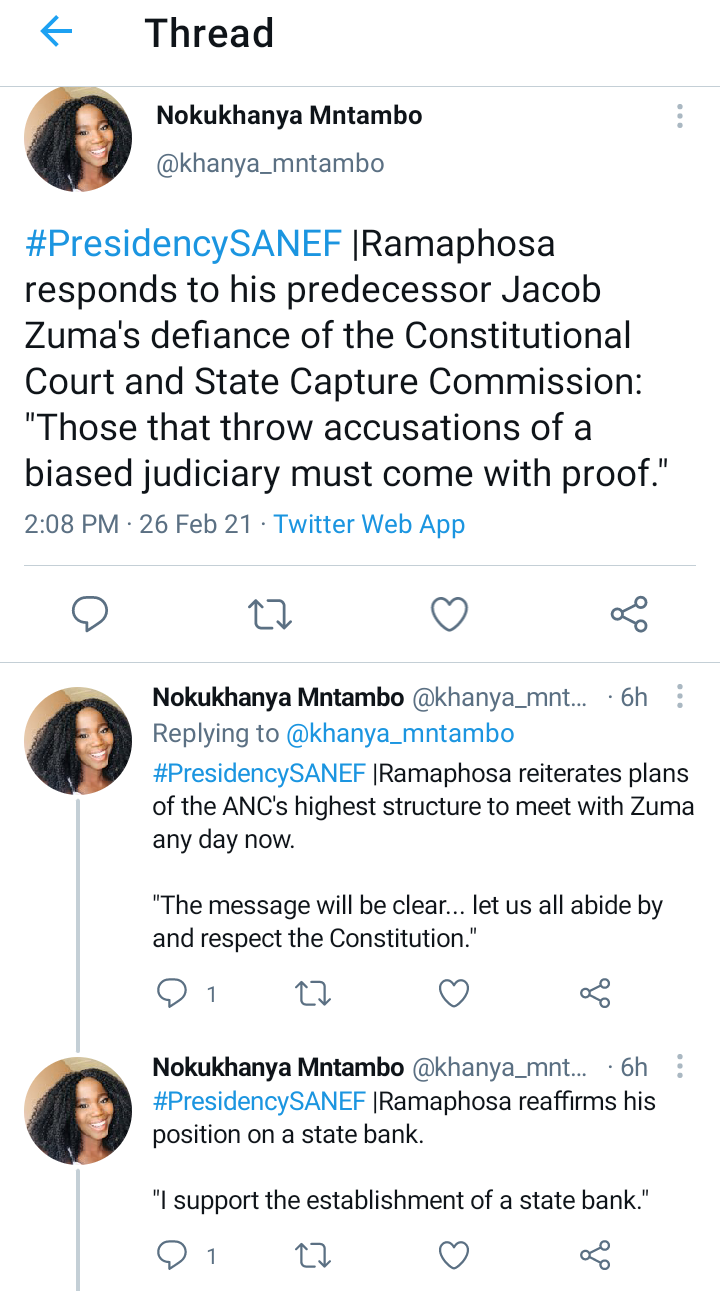 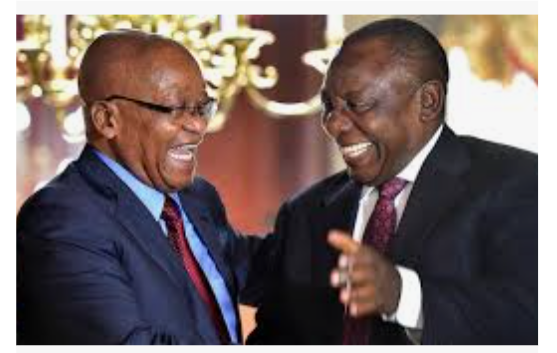 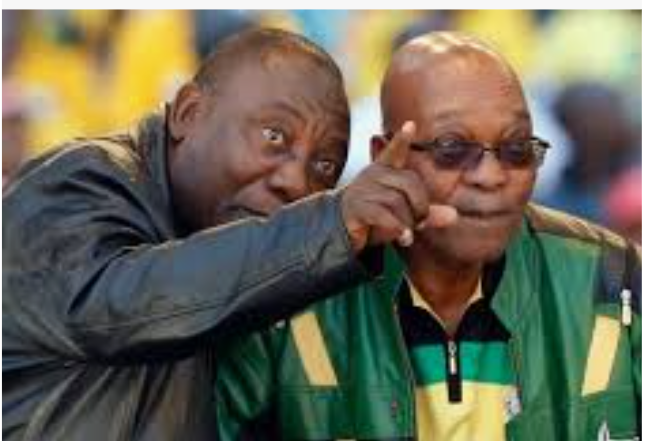 A South African wrote that, “#PresidencySANEF |Ramaphosa responds to his predecessor Jacob Zuma's defiance of the Constitutional Court and State Capture Commission: “Those that throw accusations of a biased judiciary must come with proof.”, and another popular media, News24 tweeted that President Cyril Ramaphosa means business now than ever, “The ANC's top leadership will engage with corruption-accused Jacob Zuma, and the message will be clear and straightforward: “Let us all abide by our Constitution, respect our institutions, particularly the judiciary,” said President Ramaphosa. | @gerbjan". Perhaps, this is the right time for the president to declare his stand on the whole matter. 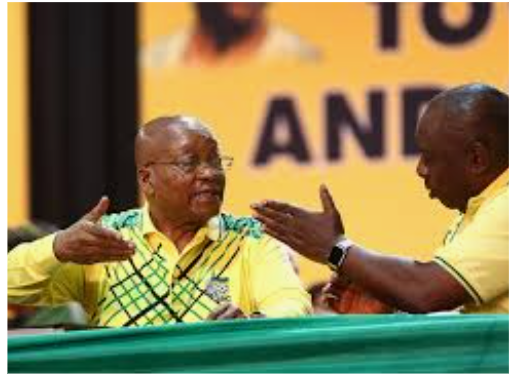 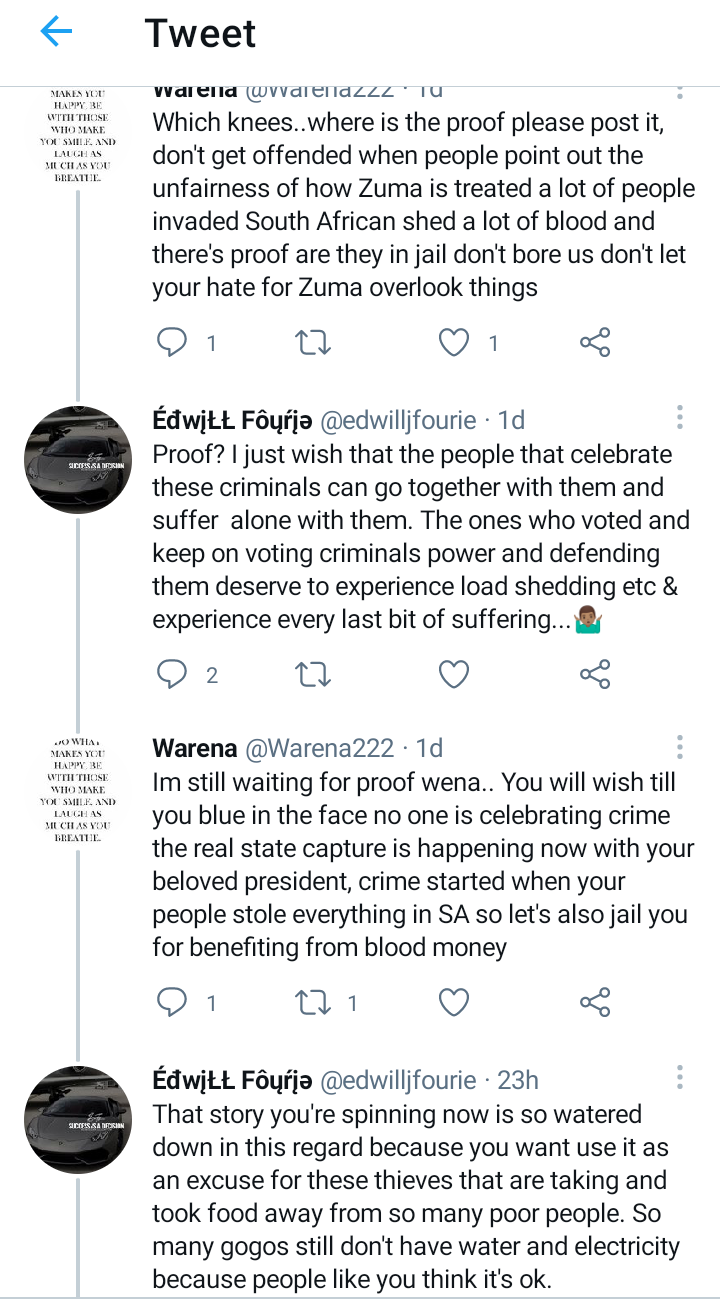 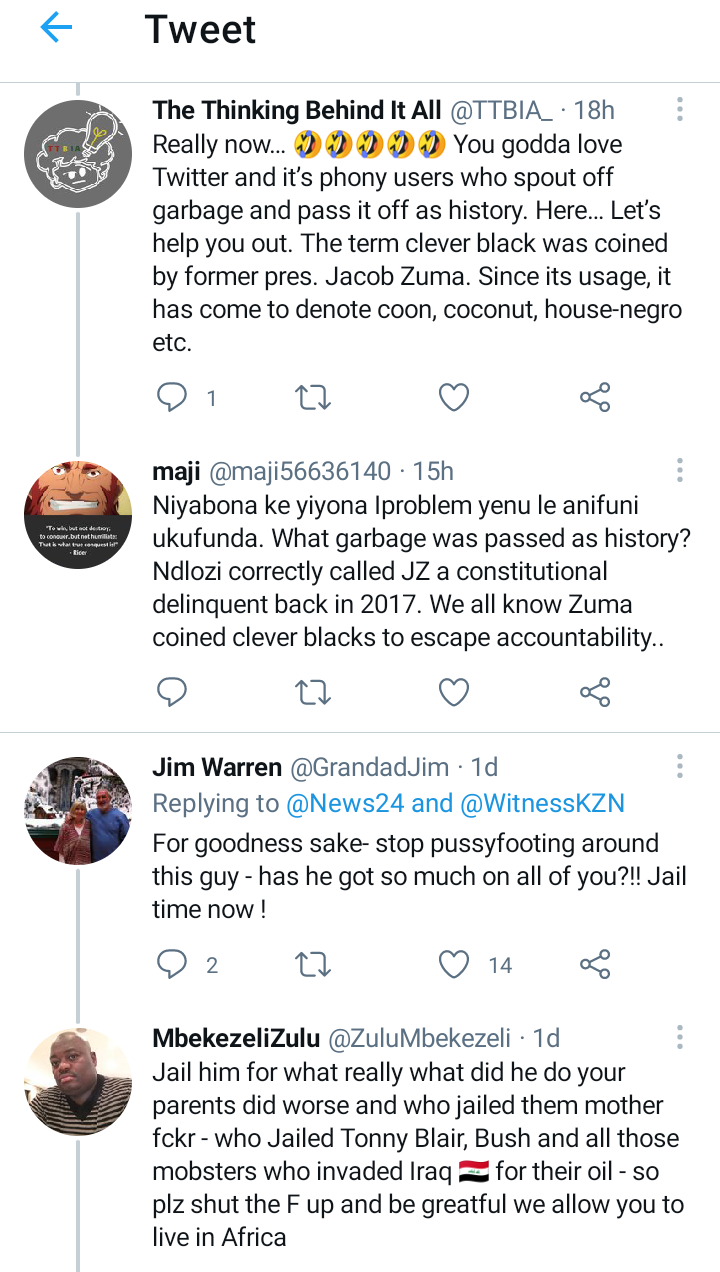 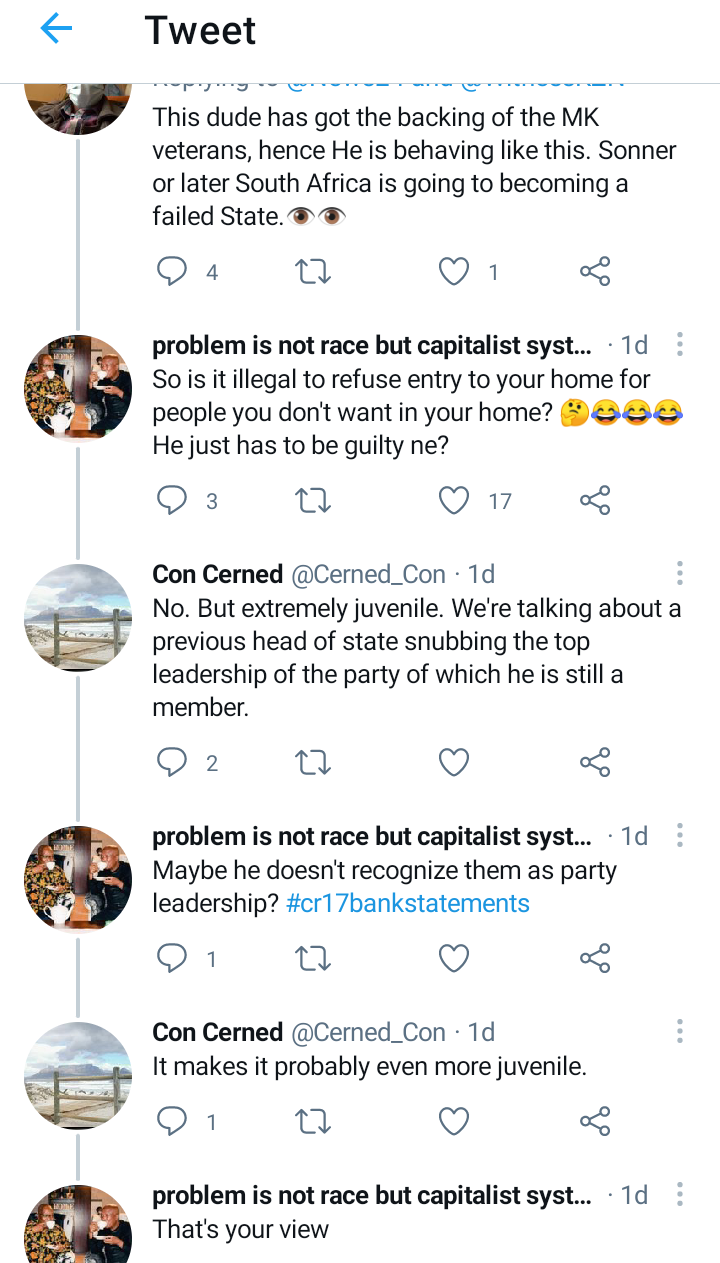 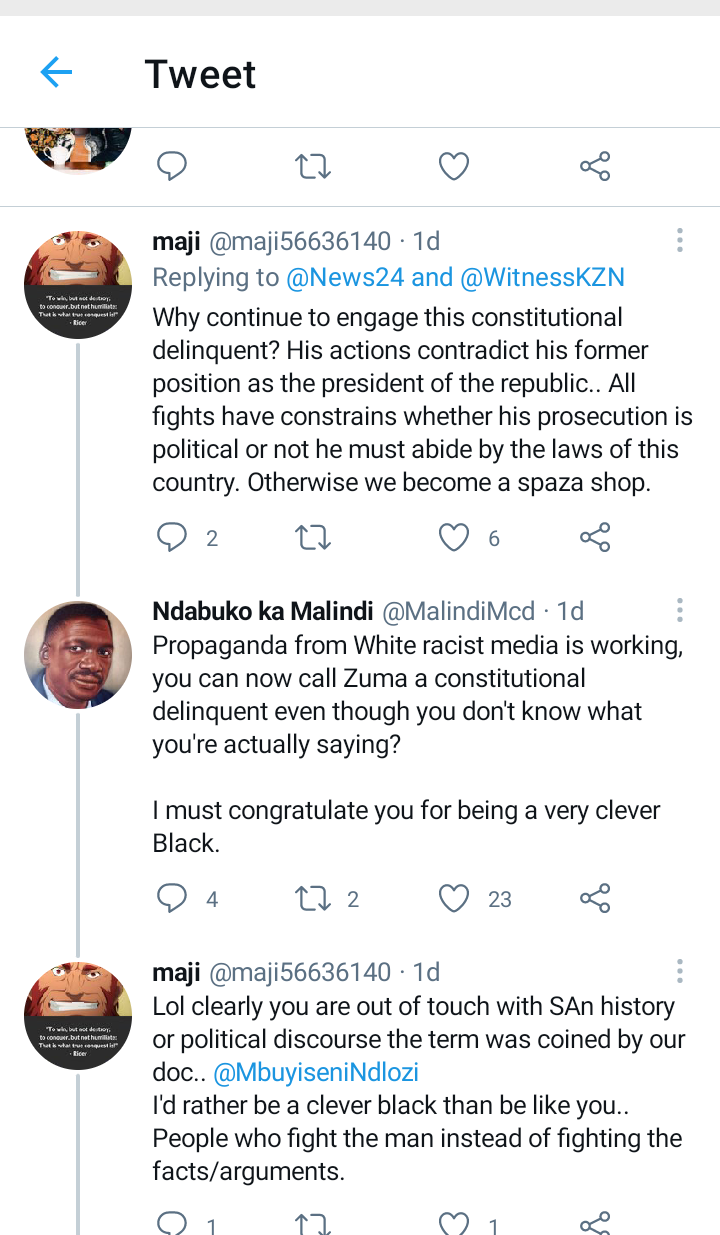 It is very obvious now president Cyril Ramaphosa means business. Even though his former boss, Jacob Zuma have explicitly made it known that he will never welcome Cyril Ramaphosa to his residence, the latter is doing everything humanly possible to make sure he has a fruitful meeting with Zuma. Ordinarily, it should be Jacob Zuma that ought to be begging Ramaphosa to have a meeting with him, but the reverse is now the case. The most annoying aspect of it is that Jacob Zuma still sees himself as a victim. Zuma and his children believe that he is being victimized for no just cause. In all these, he still sees Ramaphosa as his enemy, whereas it is actually Ramaphosa that is buying him time, because Zondo was at the verge of getting Zuma jailed for contempt. 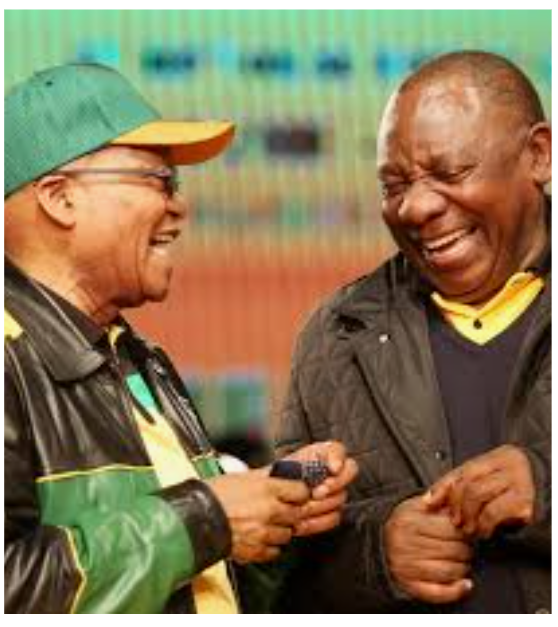 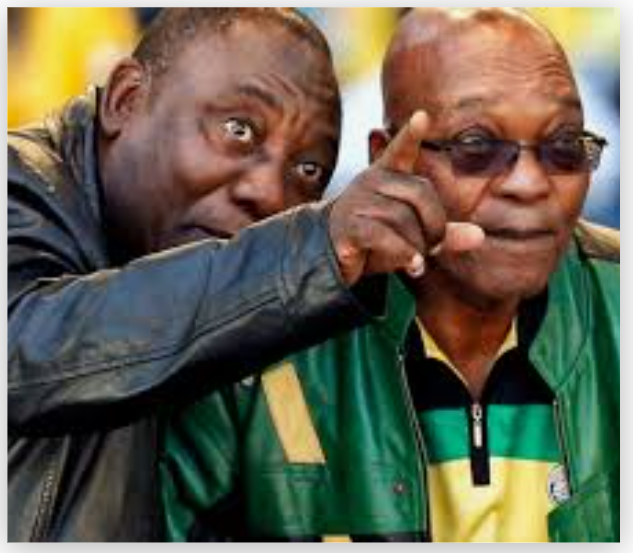 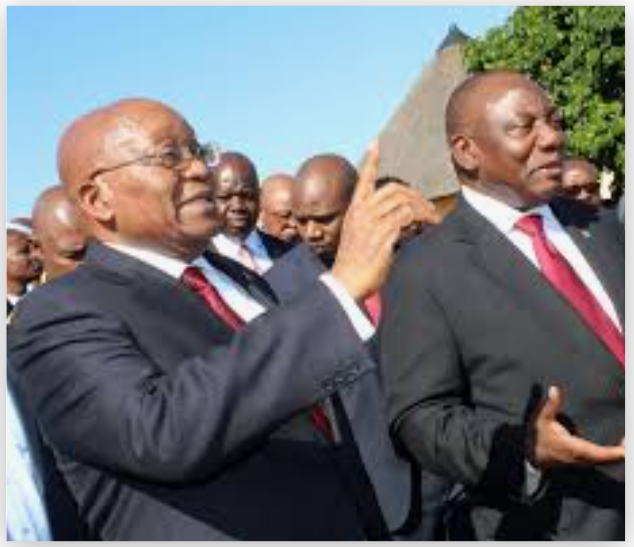 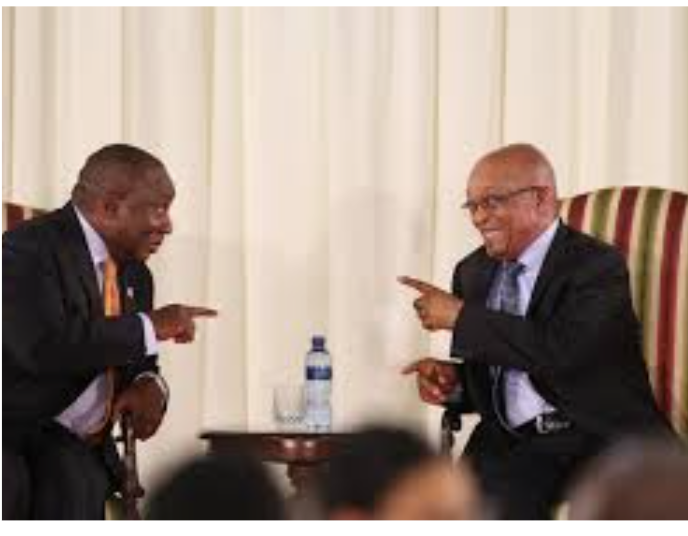 Is Ramaphosa now pointing at the way to the jail for his former boss? Well it could be possible, because right now, many forces are up against Jacob Zuma. Even turning down the president's visit is an act of insubordination. Some people are now accusing him of thinking so high about himself. They urged president Cyril Ramaphosa not to go to Nkandla because Jacob Zuma will not listen, “Remember how long it took to convince Zuma to resign...do they think he will even listen? The entire ANC will make a turn at Nkandla”. While another declared, “Why are you treating Jacob Zuma like a child

He knows full well what he is doing.

A normal South African would have been in orange overalls long ago”.