We know that many South Africans wanted to ensure that president Cyril Ramaphosa is held to account when it comes to that Phala Phala saga. There are so many things that are not clear when it comes to the burglary at the Phala Phala farm and how things were handled. We know that there are two investigations that wee currently underway by the Hawks and also the public protector. We know that many people wanted to know how the President responded to those 31 questions sent to him. We know that ATM has played a very important role in ensuring that Ramaphosa does not get off scot-free. They wanted to ensure that by him not reporting the crime that happened at the farm and the fact that he had so much cash on US dollars in his house, he failed to uphold the rule of law and failed to protect the Constitution of this country. South Africa can not afford to have a president who fails to keep his word. He failed to lead by example.

Now we know that they got their way as the speaker of parliament has now agreed to have the independent inquiry into the president's fitness the hold office. Now the only thing left for parliament to do is to present to parliament the names of the people who will make up the panel that will investigate Ramaphosa. 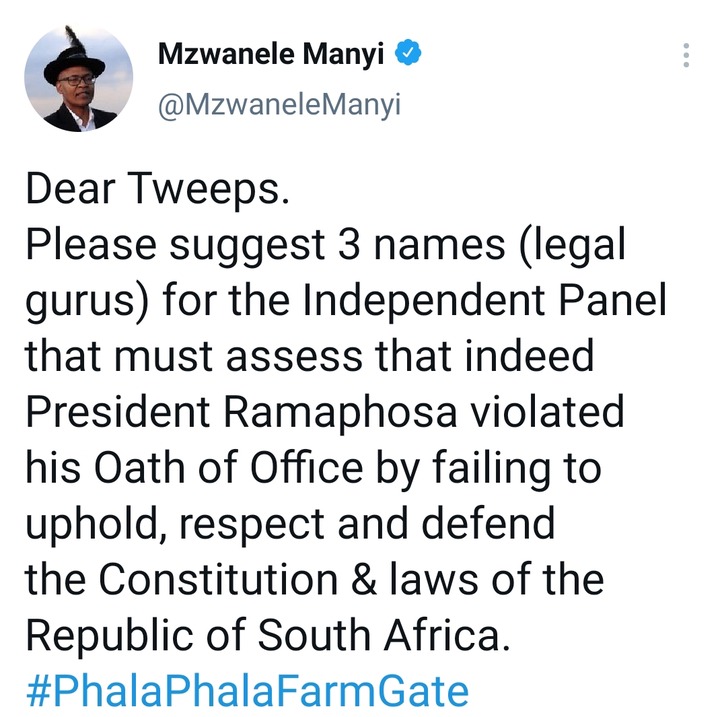 Now Mzwanele Manyi has asked the public who the best candidates that they think should be brought forward to make part of the panelist probing Ramaphosa. Well, people responded to this and they had some names which they believe should make the panel. Many people had a lot go say about this. Some are saying it is not about who is in the panel but more about what the law says when it comes to all those allegations made against the president.

Here are some of those names. 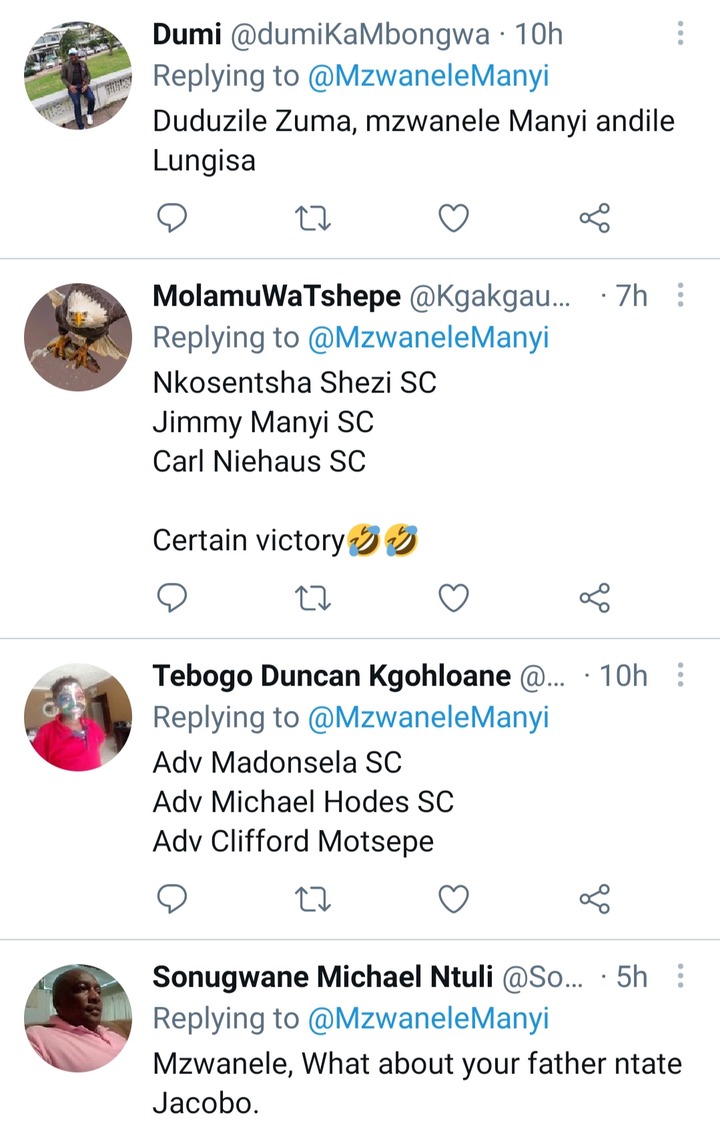 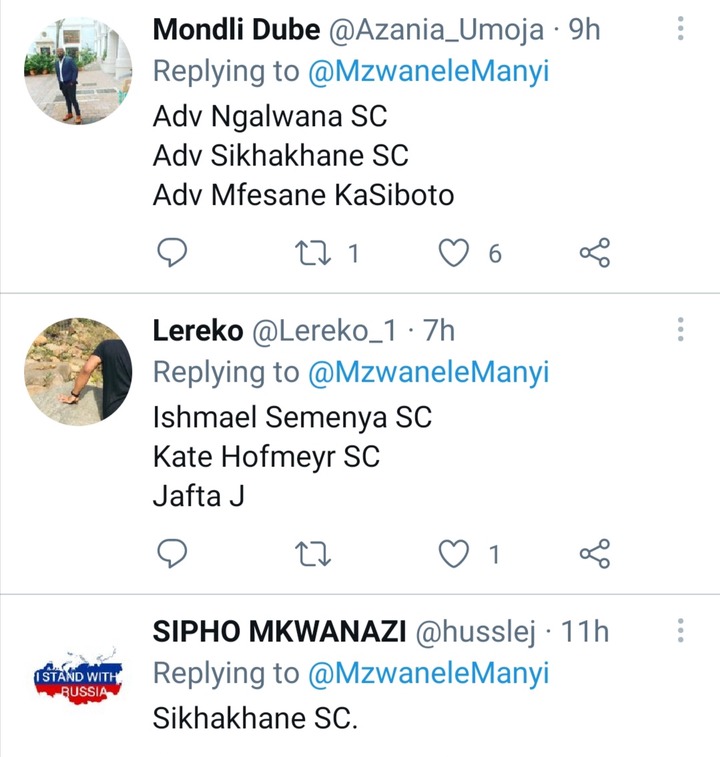 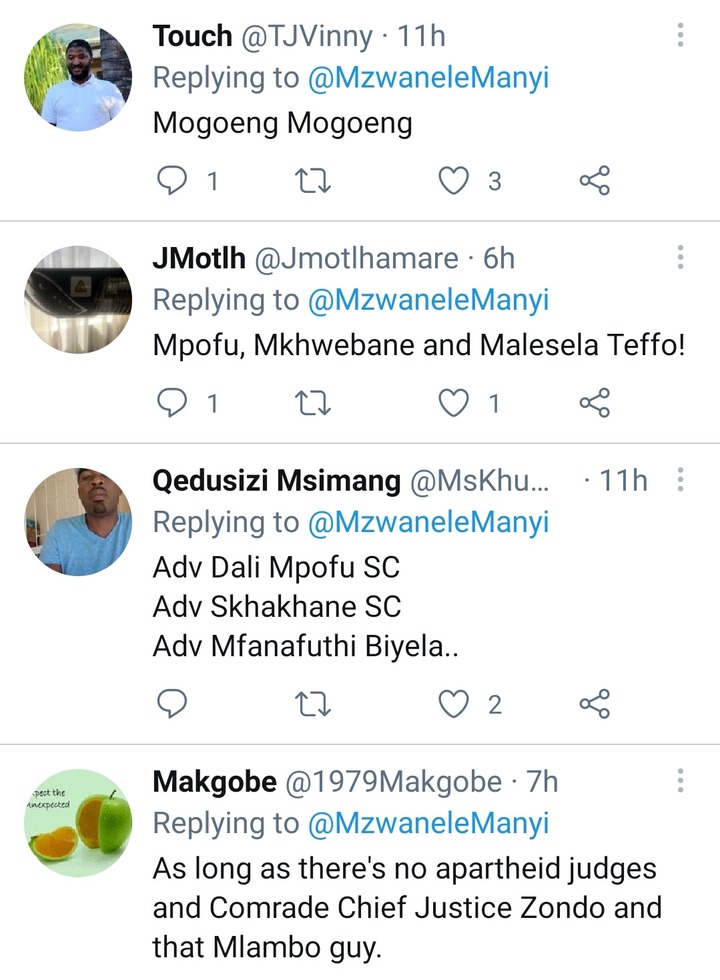 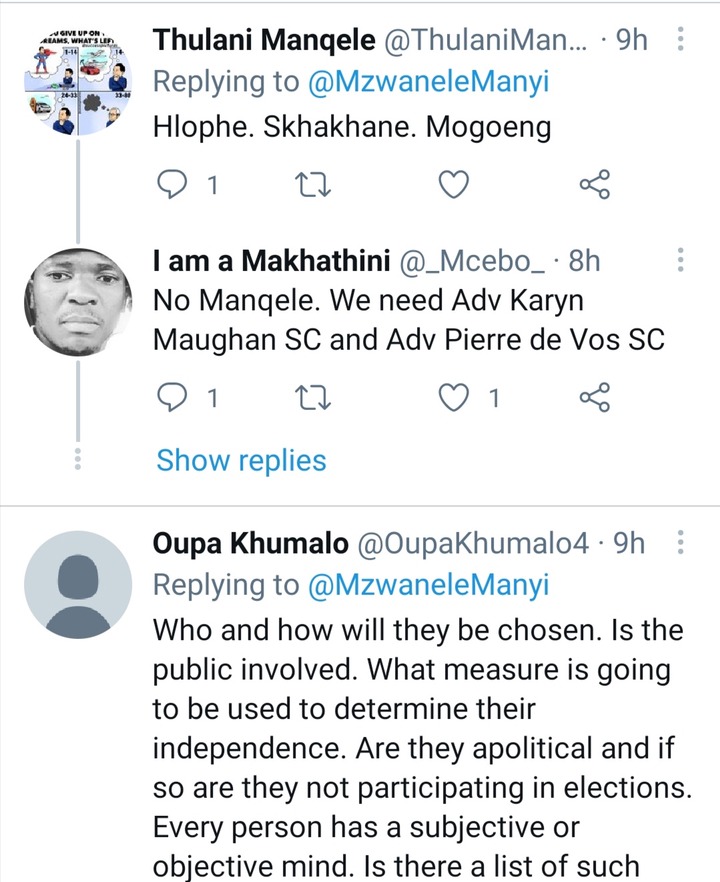 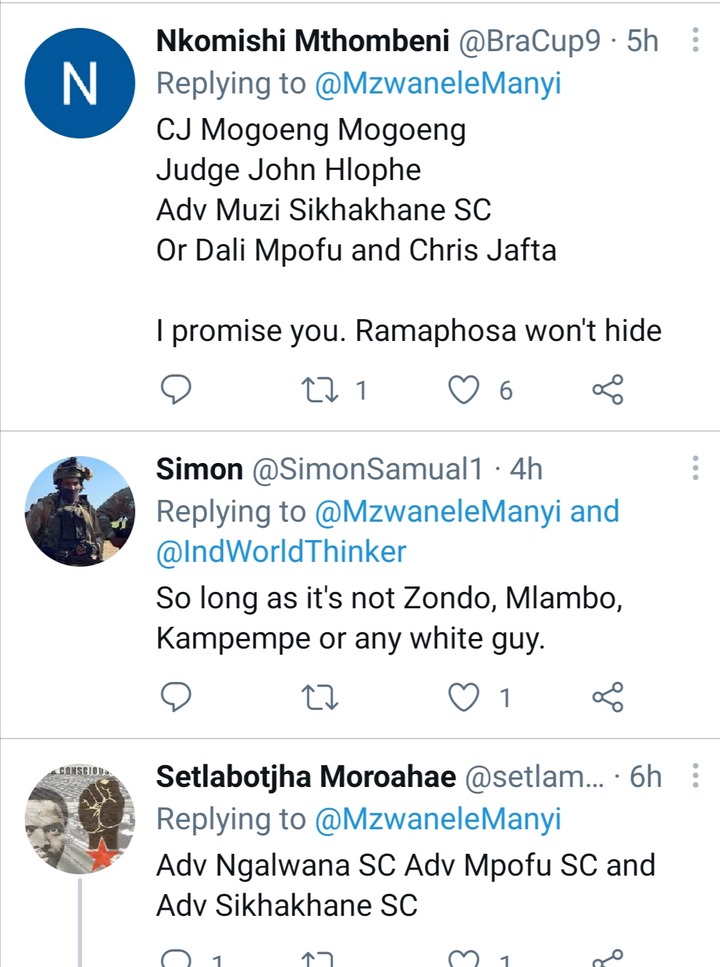 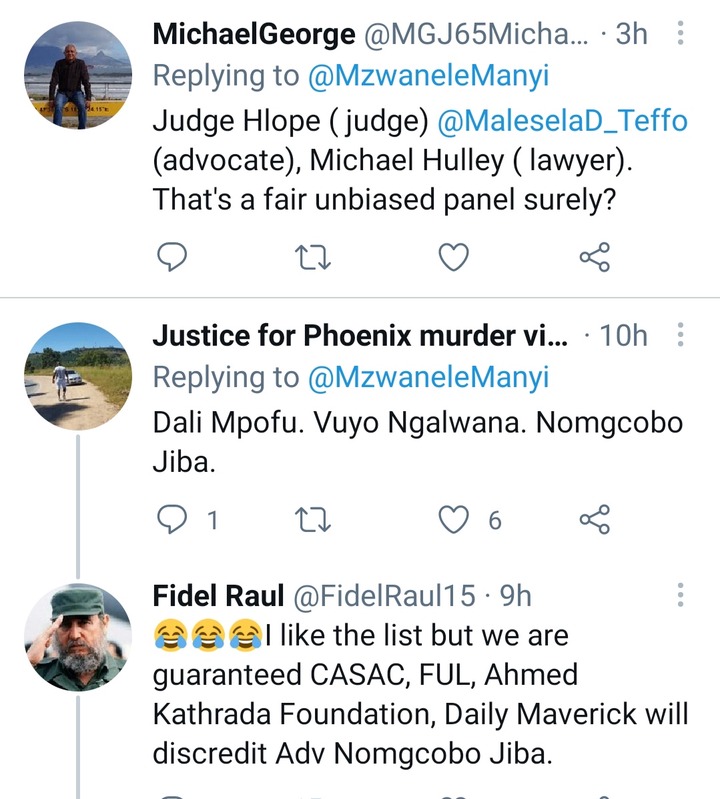 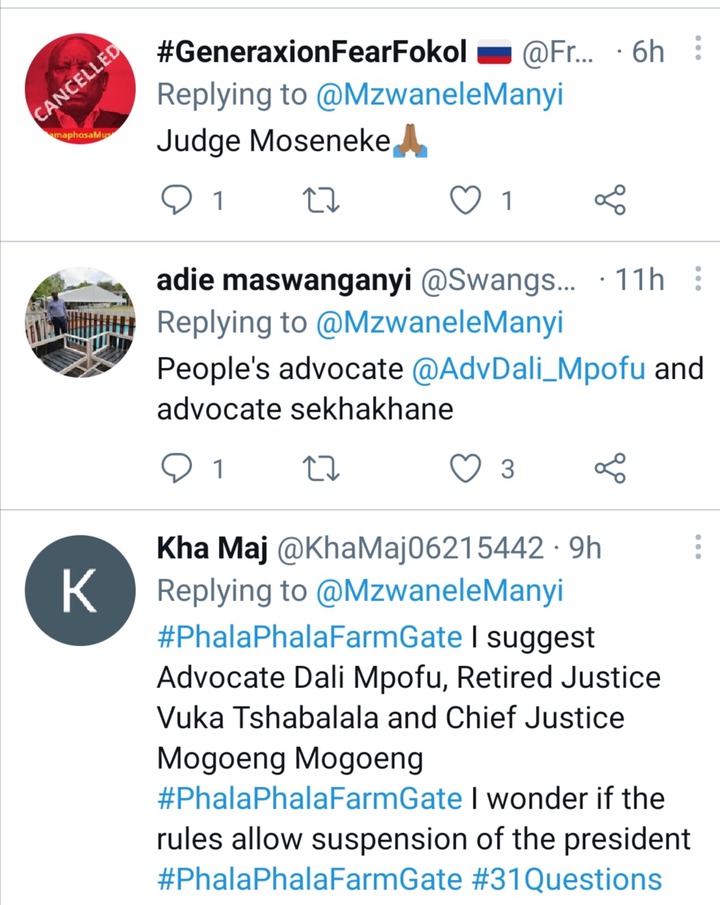 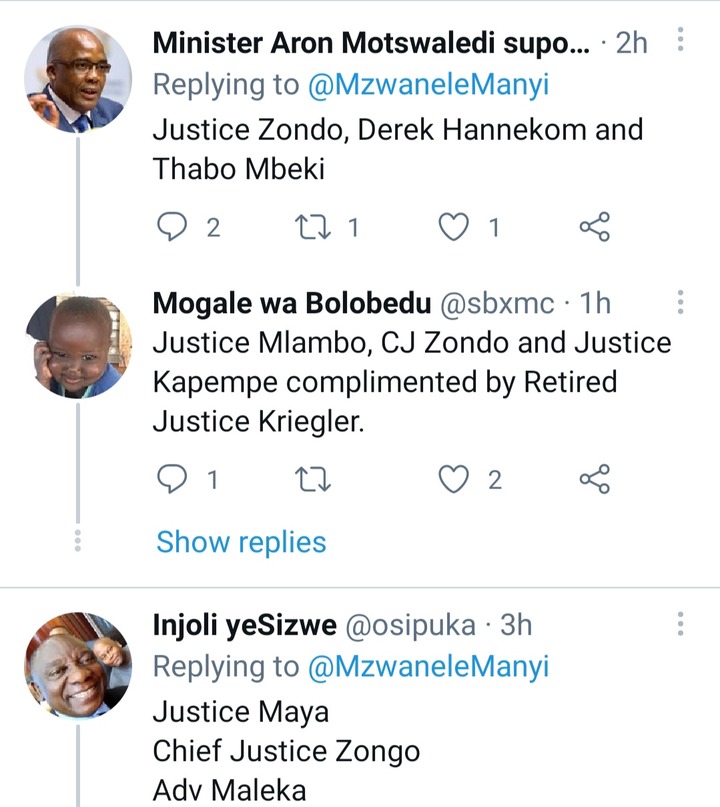