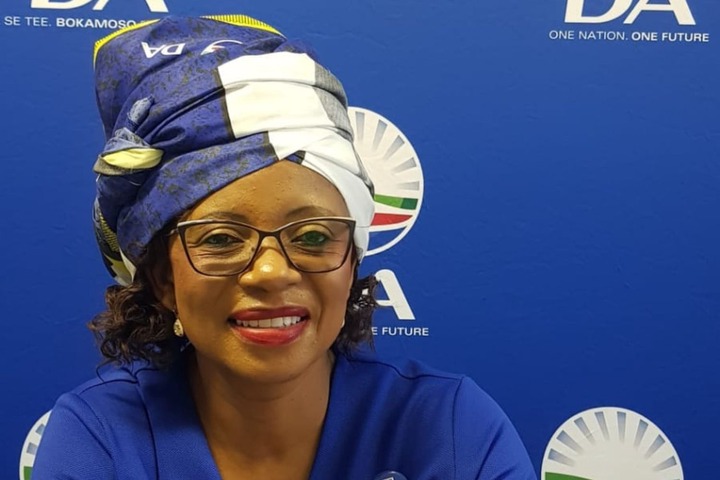 Patricia Kopane, a Democratic Alliance (DA) member, on Monday announced her resignation from the party – rapidly before becoming a member of ActionSA.

Kopane is the latest in a string of black leaders to have left the DA for ActionSA.

Kopane changed into the DA’s Free State leader between 2012 and 2020 and is also a member of Parliament (MP).

Kopane stated that she no longer felt like she belonged in the DA after 19 years.

"The reality is that I now do not agree with that the DA is the political vehicle that I joined in 2003." I do not feel that I belong in the DA or that I have space to make political contributions in my country anymore.

"I have no ill will toward the DA and wish nothing but the best for the many top people who remain in the birthday party," Kopane said in a statement.

DA Free State leader Roy Jankielsohn confirmed that the party had received and accepted the resignation of Kopane.

"We thank Patricia for her service to the DA and the function that she played in Parliament," said Jankielsohn.

Kopane introduced that she is in discussions with ActionSA chief Herman Mashaba about what role she can take in the former Johannesburg mayor’s birthday celebration.

"I will method ActionSA in the coming days to grow to be a member of this thrilling new party." In doing so, I will start talks with Herman Mashaba to evaluate what function I can play to serve South Africans via ActionSA, "she stated.

Mashaba stated he has already reached out to Kopane following her resignation.

"Since Kopane’s resignation today, I have referred to her in my view and signed her as a member of the birthday party and could install an assembly along with her, to discover the open assertion and interest in becoming a member of ActionSA and forming a mutual date for the benefit of the people of South Africa," he stated.

Black contributors who left the DA

At 26, Baloyi became the youngest mayor in 2013. He terminated his contract with the DA in December last year after 14 years with the celebration.

Moodey was appointed in May as Director of Operations at ActionSA.

Michael Beaumont, the countrywide chairperson of ActionSA, was a managing director at the DA in KZN and Gauteng earlier than being appointed by Mayor Mashaba as the chief of staff in the City of Johannesburg in 2016.

Beaumont resigned from Mashaba in 2019 after spending 9 years with the DA.

Former Nelson Mandela Bay mayor Athol Trollip resigned from the DA together with Maimane in 2019. He joined Action SA in February as the Eastern Cape Provincial Chairperson.