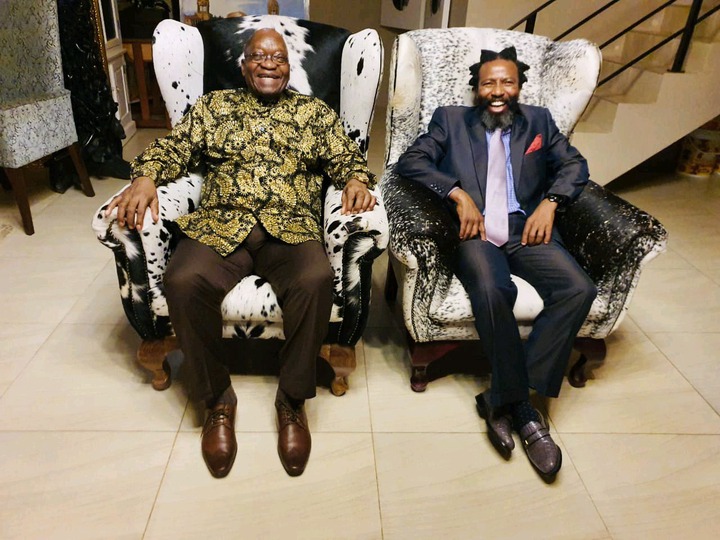 It's finally going to happen. This week, AbaThembu King Buyelekhaya Dalindyebo paid a visit to H.E. President Jacob Zuma in Nkandla, and people have been curious as to what the Tea was all about. The visit was originally scheduled for Thursday, but it was postponed until the weekend, when the monarch and his party were supposed to pay a second visit to Jacob Zuma since 2014.

It had been a long time since he had seen Zuma in person. He last saw him when he went to apologize after he had critiqued his work.

Today's visit was an opportunity for him to pay homage to President Jacob Zuma and show him love and support during these tough times. As you may be aware, the former president has recently been freed from prison and is in poor health. As a result, the king is going to back him.

Dusuzile Zuma Sambudla, the daughter of former president Jacob Zuma, is one of Zuma's children who is devoted and wary of the media. She recently uploaded a picture of her father, former President Jacob Zuma, having a pleasant tea with The AbaThembu King on her Twitter feed. Duduzile has boasted about AbaThembu King Buyelekhaya Dalindyebo, who has paid a visit to her father.

H.E Prez Zuma was visited by the AbaThembu King. He stated unequivocally that they do not have any concerns. Upon his arrival, he expressed dissatisfaction with the judiciary's treatment of President JZ. He promised Prez JZ his whole support now and in the future. They reminisced about their time in exile.

Look at that smile and how people are shouting for Msholozi, he has this capacity to just lighten the mood wherever he goes. Leaders are born.The innate respect he receives is something you can't deny. He possesses charisma, however it has been established that charisma isn't a USELESS leadership characteristic if it doesn't help pull the people out of poverty, increase the rule of law, or strengthen state institutions. Unfortunately, during his presidency, SA declined in all of those categories!