I made JACOB ZUMA to Resign, I will repeat it to CYRIL RAMAPHOSA in few Months Coming

By JkMametja (self meida writer) | 4 days 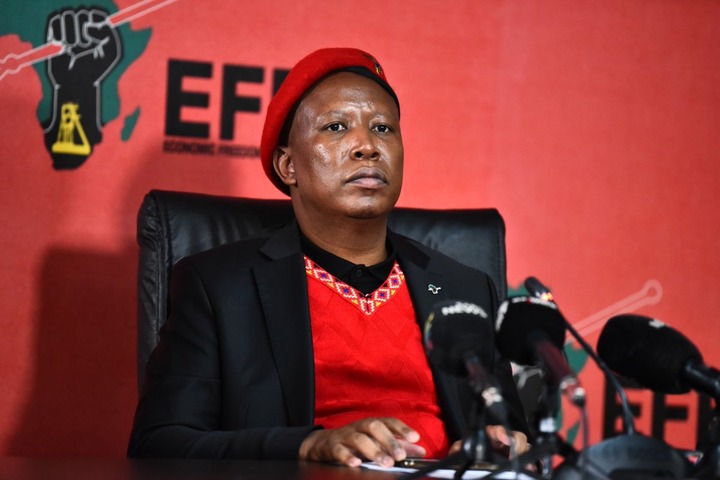 Ramaphosa wants a fight, we'll give him a fight and even bring it to his doorstep, Ramaphosa is more dangerous than Verwoerd and De Klerk combined. Says: Julius Malema

South African country is in a mess under President Cyril Ramaphosa and how we’re in a much devastating situation than we were under former President Jacob Zuma.

Ramaphosa just gave his White masters a license to milk Eskom by R4.3 billion per 100MW, The ANC is creating White billionaires more than colonialism and apartheid COMBINED, its only 27 years.

The South African economy are built on the foundation of whites, it is difficult to compete with them as they have capital and they support each other. As for Eskom it is disappointing that the President want to promote competition by surrending Eskom, the logic is poor.

Now 70% youth unemployment is fertile ground for a revolution. South African youth can either vote out the ruling party in the next election or start their own party. What nation can’t do is be apathetic.

The problem is grandparents who are certain they’ll always vote for that one party but youth don’t vote in numbers. Says: EFF

If South Africa was a company, Cyril Ramaphosa and his ANC would have been fired long time ago. Shareholders of a private business would never tolerate this level of incompetence from its CEO & the board.

No vaccines, no plan.

South Africa is a land of milk and honey for ANC elites and hard work and suffering for the other 50 million saffers, zimbabweans , nigerians and malawians.

Content created and supplied by: JkMametja (via Opera News )