This will be the total end of ANC in 2024 if Cyril steps down as leader of ANC-Gumede reveals.

The ANC's decline will quicken if President Cyril Ramaphosa is removed from his position as party leader due to the Phala Phala scandal. The party might even fracture, and it will likely perform poorly in the 2024 elections.

He's Cyril Ramaphosa, not the African National Congress. In the end, the voters, not he, will retain control of the ANC, and he will be on his way out. You hired him decades ago, and all he's done is burn the ANC to the ground. There's no compelling grounds for president to quit his office, especially when the chief mgodoyi is implicated in the robbery scandal at Ramaphosa's private farm, It's not the robbery dumbo but the many are criminality Ramaphosa did by possessing big sum of undeclared foreign currency. Add kidnapping and torture then you have a mobster for a President, Now it makes sense to whys the DA and SA media are suddenly abandoning their support for CR. They aren't. This article is in favor of the guy. 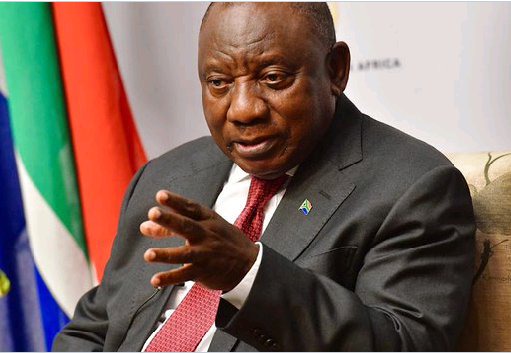 They're making it appear like demanding accountability would be the end of the party most people vote for in an effort to intimidate the public into keeping him in power. Voetshek; Cyril is dispatched to destroy the ANC. Once he steps down, the ANC will start to growing. You are concerned about the expansion of a political party, which, more often than not, has no link to the growth of the Country, since 1994. You are missing the forest for the trees. What planet are you on? If Cyril quits, the Zuma clique will come in and the country will really be raped. The ANC has reached its expiry date!

Mbeki was held responsible, they said.

They pointed the finger at Zuma.

Since Mbeki was recalled, there has been a "renewal," but only his departure would salvage the African National Congress (ANC). Chief, the ANC is hopeless; the party was already broken before Ramaphosa took office. Before he came along, everything was running smoothly; what changed? Is everything all right in your head? The problem is that some of you act like you have short-term memory loss and have forgotten that Zuma used to switch ministers at the Guptas' behest. Do you recall the time the rand dropped when Zuma switched finance ministers? You can't be serious; ANC has been a disaster. Stop blindly believing everything you read in the media; provide proof before making such a bold claim. Keep in mind that the strength of an economy is directly proportional to its leadership; right now, we are in a worse position than before, even though the rating agencies insist that everything is OK.

From the Opera News