Minister Fikile Mbalula when he was in BBC yesterday he made allegations about the spokesperson of the disbanded MKMVA Carl Niehaus. 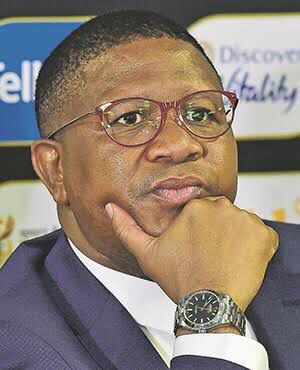 Carl niehaus replied to wild allegations leveled against him today by minister Mbalula , in a short video which Carl posted he said “we won’t be intimidated , me and many other we will continue our rights of freedom of speech to call for the release of president Jacob Zuma.”

Carl Niehaus in a short video he also reminded Minister Mbalula that he had already made a lawsuit of R 8 million , he said the behavior of Mbalula will leave him with no other option but to add the other one .

Carl niehaus said Mbalula is the embarrassment of gigantic proportion ,Niehaus said people in government are peddling lies that there was an insurrection after the arrest of the former president Jacob Zuma.

However today immediately after the video of Carl Niehaus, Fikile Mbalula responded to Carl niehaus after being asked by Athi Motogana in Cape Town , Mbalula said "I didn't mention Carl Niehaus in saying that he can be pinned to the violence per say. But he's the face of the free Zuma movement” .

Carl Niehaus is politically isolated after his close ally Ace magashule and himself are suspended from the African National Congress.

Just because Malema changed his mind, all EFF members must changed theirs too.

Even more good news for South Africa from tuesday

The EFF Set To Go On A Very Important March This Week, Here Is Why

Julius Malema Gets Backlashed After Trying To Racialize This Video