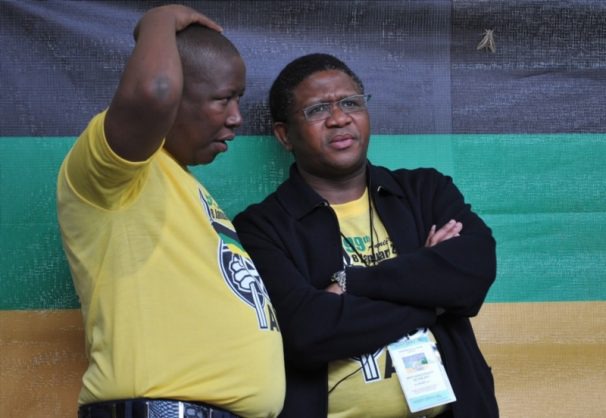 Economic Freedom Fighters leader Julius Malema couldn't keep calm when transport Minister, Fikile Mbalula, tried very hard to spill some hot tea. Mbalula took to Twitter to give some hints about someone in the ANC leadership who is seemingly at the end of the road. The minister insinuated that the person in question is desperate.

"Last kick of a dying horse very dangerous stay awake," Mbaks said. He then tweeted another post saying whoever the person is brought the trouble they are going through upon themselves. Malema, who supposedly knows something about Mbalula's statement commented by saying, "He Banna." (loosely translated as 'My Goodness'. 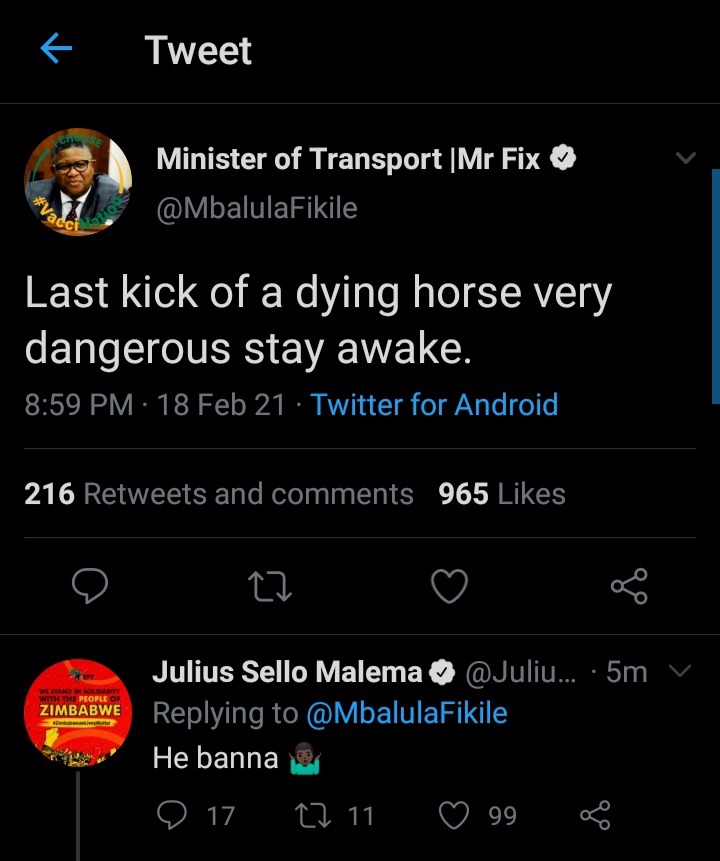 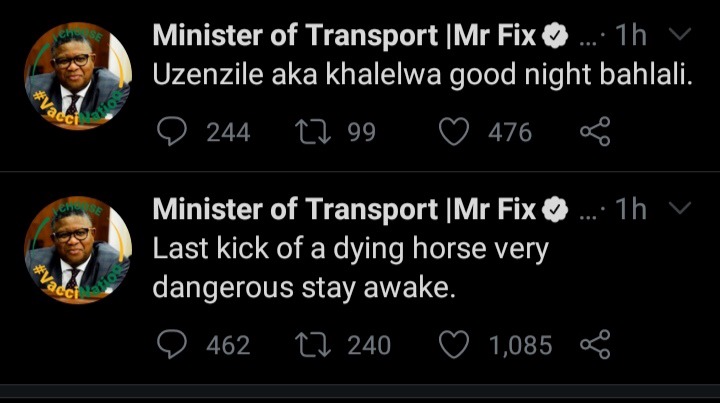 Although Mbaks did not mention names, several tweeps opine that he is referring to former president Jacob Zuma who has lately been making headlines. From refusing to appear before the State Capture Commission to hosting mysterious tea parties.

However, some people are suggesting that Mbalula is referring to police minister, Bheki Cele, who on Thursday visited Nkandla. It is not yet known why Cele visited Zuma but there are people who opine that Cele migh be in trouble or not in president Cyril Ramaphosa's good books. According to some South Africans, Cele is trying to join forces with Zuma. 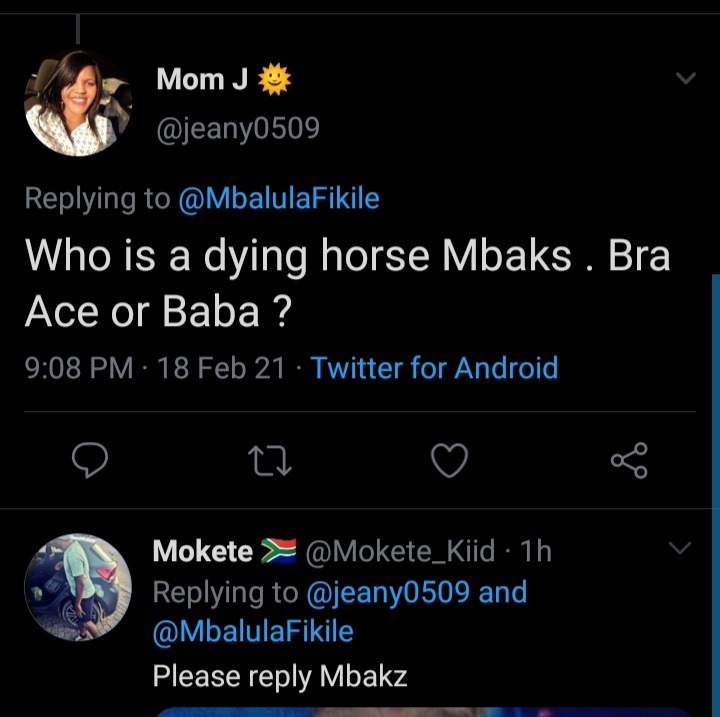 For others, the dying horse Mbaks could be reffering to is ANC Secretary General Ace Magashule. What's even more mysterious is that Mbaks later deleted his tweets. Who do you think Mbaks is referring to? Who could be the 'dying horse'?

Economic Freedom Fighters Fikile Mbalula Julius Malema Mbaks Mbalula
Opera News is a free to use platform and the views and opinions expressed herein are solely those of the author and do not represent, reflect or express the views of Opera News. Any/all written content and images displayed are provided by the blogger/author, appear herein as submitted by the blogger/author and are unedited by Opera News. Opera News does not consent to nor does it condone the posting of any content that violates the rights (including the copyrights) of any third party, nor content that may malign, inter alia, any religion, ethnic group, organization, gender, company, or individual. Opera News furthermore does not condone the use of our platform for the purposes encouraging/endorsing hate speech, violation of human rights and/or utterances of a defamatory nature. If the content contained herein violates any of your rights, including those of copyright, and/or violates any the above mentioned factors, you are requested to immediately notify us using via the following email address operanews-external(at)opera.com and/or report the article using the available reporting functionality built into our Platform 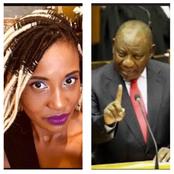 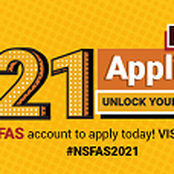 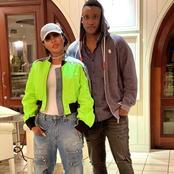 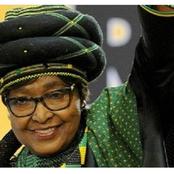 How Much Patrice Motsepe paid to be CAF President - reports 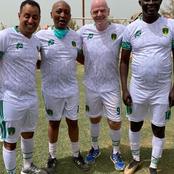 Look what we have found Julius Malema's throw back. 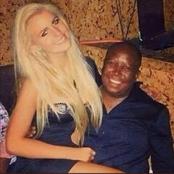 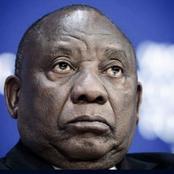 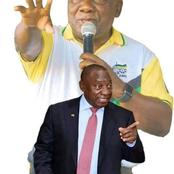 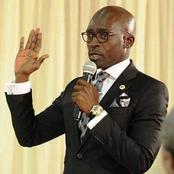 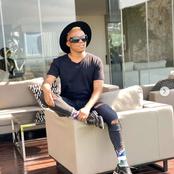