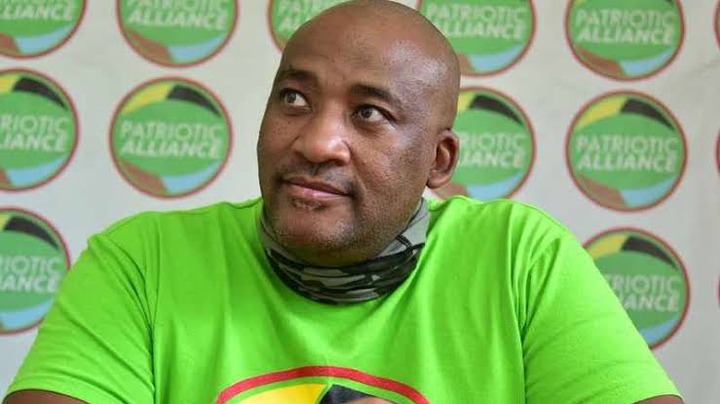 Gayton McKenzie is a businessman and the current Mayor of The Central Karoo District in South Africa businessman, motivational speaker, author, and president of the Patriotic Alliance political party. 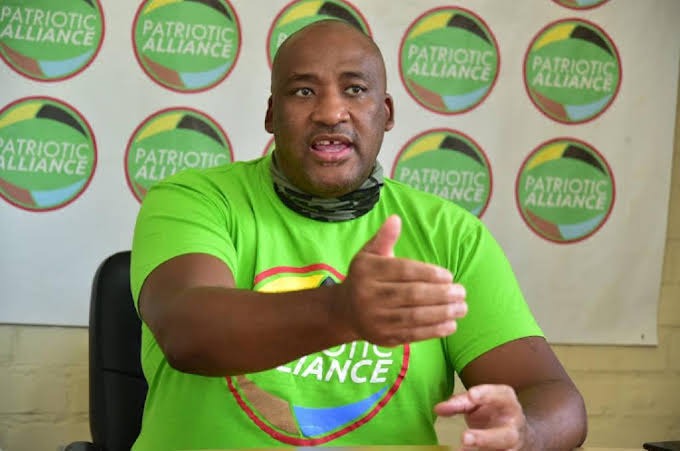 Gayton was elected as the new mayor of the Central Karrie district in western cape back in April 2022, and he promised to upgrade the standard of living for everyone living in Karoo. He also promised to clean houses, and make widespread changes to the towns of Beaufort West, Laingsburg and Prince Albert within the next three months. 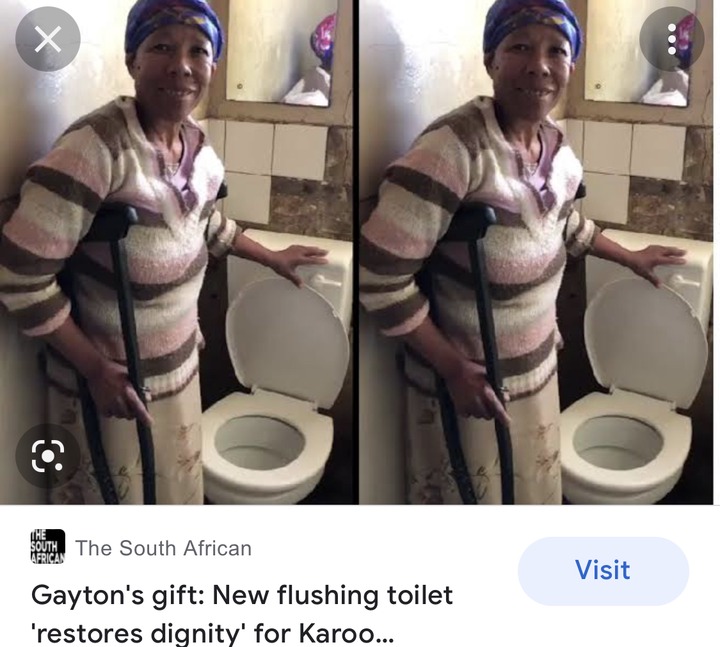 However, it appears that Gayton is not all just talk and he’s a man for his word , as  a few months ago he was seen installing flushing toilets and running water in many houses in the Karoo. He was also seen reopening old factories 🏭 which will create more Job opportunities. 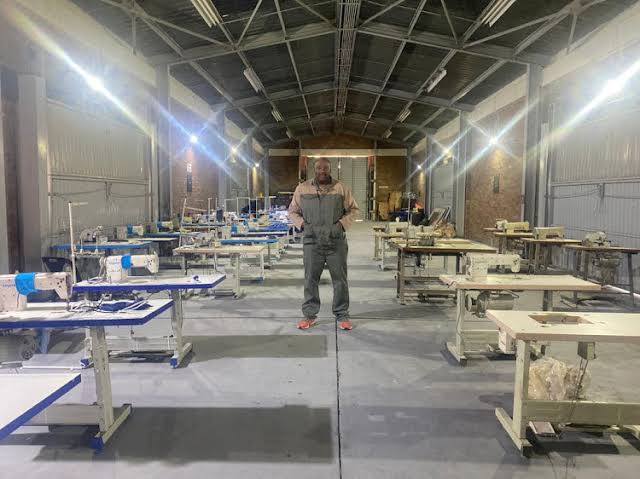 It seems like people in the Karoo was complaining about germs and other things which were contaminating the water, as the Karoo was using water stored in old tanks which had rust on them, but Gayton promised to attend to that issue a few days ago but it seems like he kept his word again. 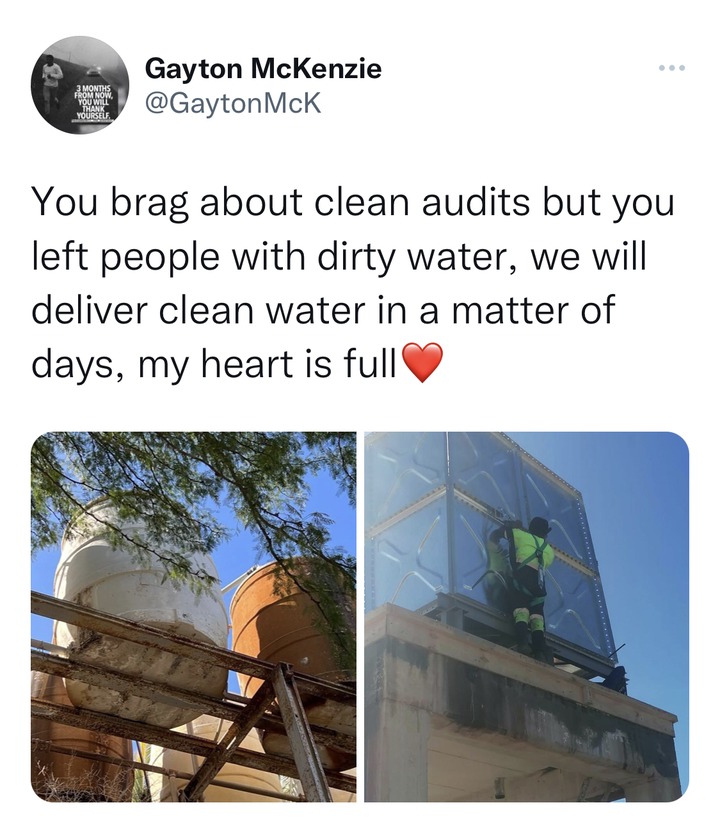 Yesterday Gayton was spotted installing a new giant water tank, in the karoo, which will be distributing clean water around the area. He went to post pictures of the old rusty tanks, which were bought by the DA and a picture of himself installing a new tank which is not vulnerable to rust and other contamination agents. 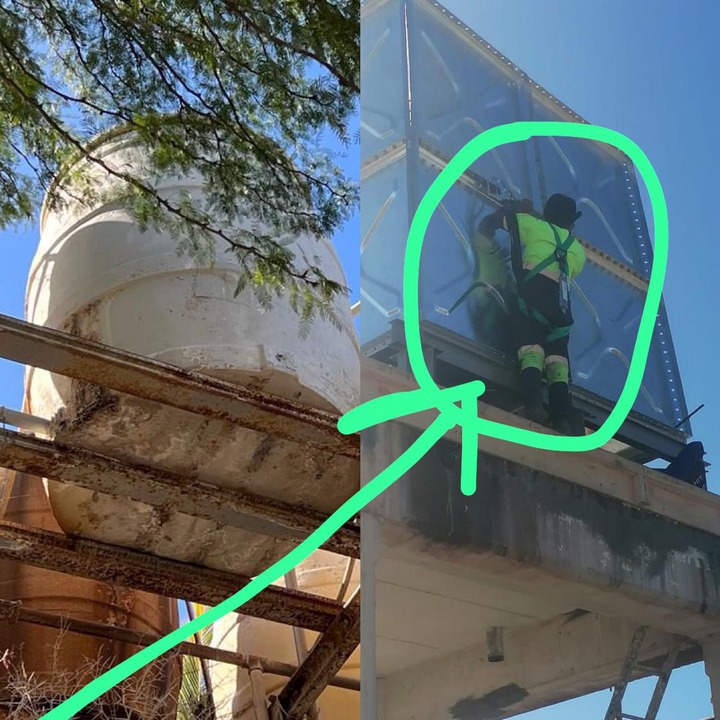 “You brag about clean audits but you left people with dirty water, we will deliver clean water in a matter of days, my heart is full❤️,” says Gayton.

After people saw him installing the tank by himself, South Africans went to applaud him and others went to promise him votes, saying that by 2024 they will be supporting him and only him, because other leaders are just corrupt criminals. Others even went to ask for membership forms of the Patriot alliance. 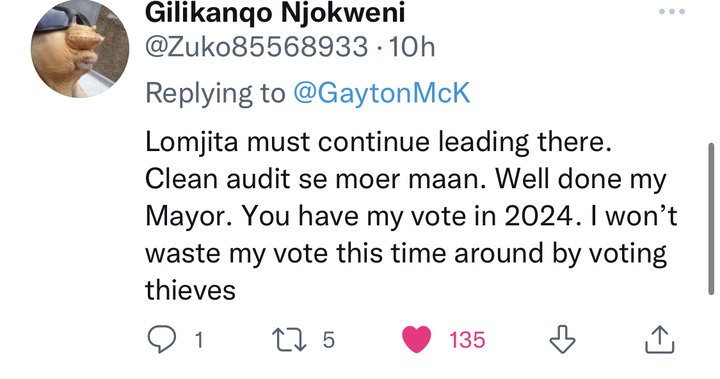 “Lomjita must continue leading there. Clean audit se moer maan. Well done my Mayor. You have my vote in 2024. I won’t waste my vote this time around by voting thieves,” a user reacts. 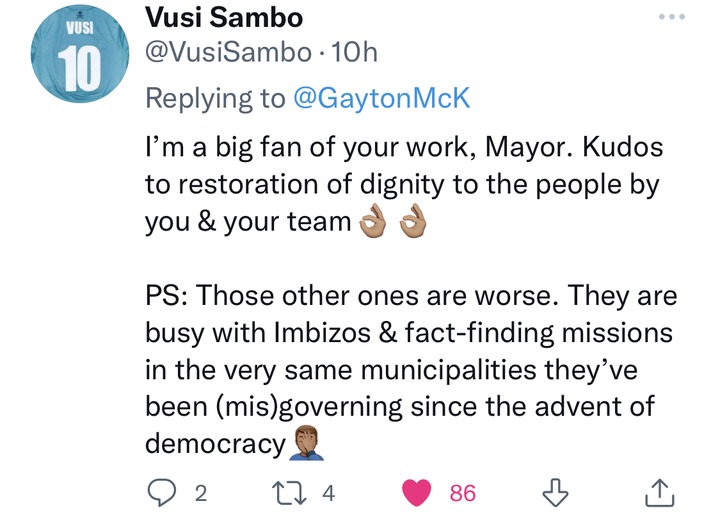 “I’m a big fan of your work, Mayor. Kudos to restoration of dignity to the people by you & your team👌🏽👌🏽

PS: Those other ones are worse. They are busy with Imbizos & fact-finding missions in the very same municipalities they’ve been (mis)governing since the advent of democracy🤦🏽‍♂️,” another tweep added.

See how other people reacted to this tweet below: