By Arcnews (self media writer) | 14 days ago

Fears of China becoming a dominant power have been voiced by many experts as the country continues to develop economically and militarily. Numerous causes, such as China's track record of human rights abuses, territorial disputes with neighboring nations, and expanding military capabilities, have contributed to these worries. 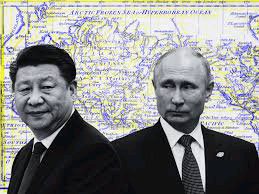 There has been widespread agreement in recent years that a rising China poses a threat to an ailing United States. In 2021, Vice President Joe Biden warned senators that "if we don't get moving, they [China] are going to eat our lunch." 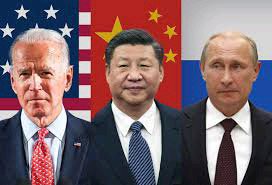 The human rights situation in China is a major source of anxiety about the country's growing influence. Uighurs, a Muslim minority in Xinjiang, have been particularly vocal in their criticism of the Chinese government's treatment of ethnic minorities. Human rights violations such as mass detention, forced labor, and others have been reported against this population, drawing international criticism. Concerns about China's dedication to democratic norms and human rights have been heightened by the country's stringent censorship laws and limits on free speech. 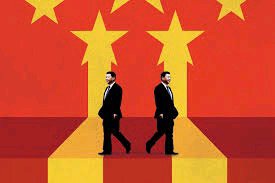 Also of note are China's territorial disputes with its neighbors, most notably in the South China Sea. Several countries, including China, have staked claims to the same area of sea. China's construction of artificial islands and subsequent militarization of those islands has contributed to rising tensions in the region. A military confrontation resulting from territorial conflicts has the potential to devastate the whole Asia-Pacific region, which has already seen a rise in tensions. 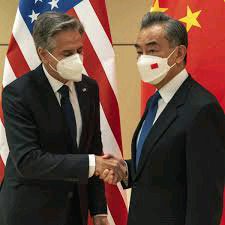 The expansion of China's military capability is likewise worrying. Some fear that China will become a major military power in the region and will use its military might to establish its territorial claims and influence, thus the government has been spending extensively in its military in areas like artificial intelligence, hypersonic missiles, and aircraft carriers.

Concerns have also been raised about China's economic might because of Beijing's habit of utilizing its economic clout to exert political influence abroad. The Belt and Road Initiative is a prime illustration of this principle at work, as China offers financial assistance to developing nations in exchange for political and economic concessions. A result of this is worry that China may use its economic might to exert political influence and even control over other nations.

Conclusion Human rights abuses, territorial disputes, and expanding military capabilities are only some of the worries raised by China's rise to prominence. There is also concern that China could utilize its expanding economic power to expand its political influence. If the world is to have a stable and peaceful future, the international community must keep a careful eye on China and work together to resolve these worries.