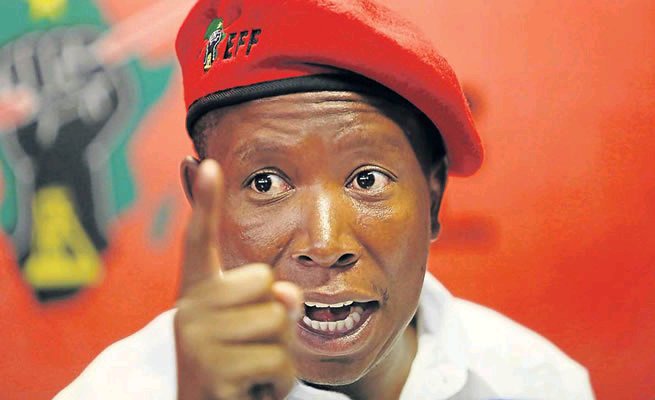 Economic Freedom Fighters pioneer, Julius Malema flipped out external the French Embassy where he had driven ground powers to surrender a reminder to the French representative.

EFF is requesting that France should leave Africa on account of harsh publicity towards its previous provinces are still especially being constrained by them. 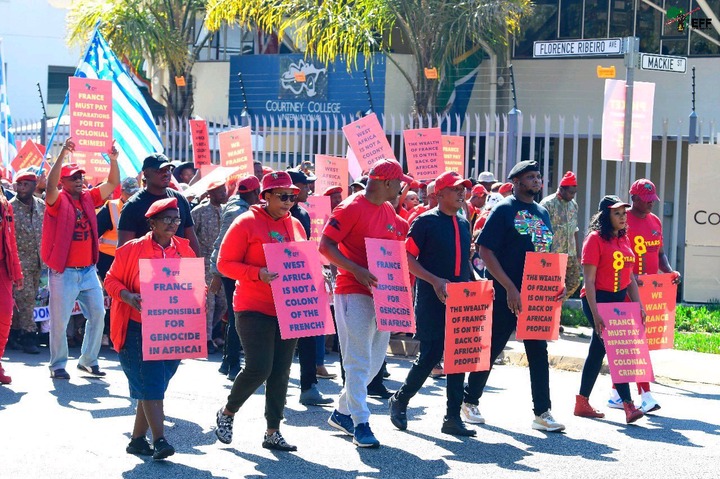 The French diplomat was declining to emerge and converse with Julius Malema and his group.

Malema anyway kept up with that they were hanging tight for the diplomat inside the consulate to come out refering to that they wouldn't peruse the reminder without him coming outside.

"We are exceptionally tranquil. Try not to be defeatists, come outside. Nobody will battle you, nobody will beat you, you have killed a many individuals in Africa. For what reason would you say you are terrified today? So emerge and confront Africans," Malema said.

The red beret pioneer becoming annoyed said the French minister should come outside and get the update, so they can go.

"Warriors at the back there, kindly proceed to sit in that street at the back. Sit in the center there.

Contenders at the back, block that street there. No vehicle from the two sides should pass. Confidants, we should do that in a serene way," Malema exhorted the EFF ground powers.

The Ambassador of France to South Africa, Aurélien Lechevallier, later emerged lastly gets the reminder yet will not sign it. 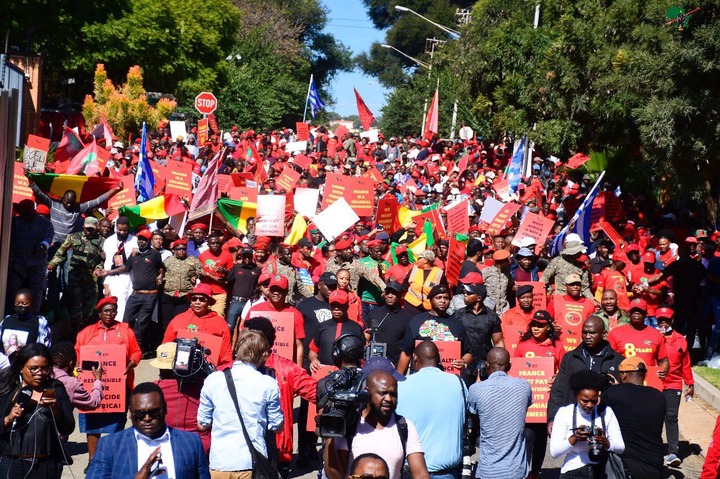 This was after Julius Malema went to the door and drew in with the French minister who says he will remain at the entryway while the EFF pioneer peruses the reminder.

Malema says the EFF anticipates that a reaction should these requests in the reminder inside 14-working days.

"The EFF will give it its best shot to weaken all types of expansionism in the African mainland and will assume an unashamed and driving part in the destroying of all remainders of imperialism and pilgrim rule in the African landmass," Julius Malema said.