The above tweet was posted by the famous defence advocate , as the President came under fire for alleged illegal activities on his farm.The nation was abuzz following allegations that President Cyril Ramaphosa may have concealed a burglary at his Phala Phala farm in Limpopo. It is alleged that $4-million — approximately R62-million — was stolen from the farm, but the theft was never reported to the police.

Malesela Daniel Teffo as the defence advocate representing four suspects accused of murdering Bafana Bafana captain Senzo Meyiwa in 2014. Senzo Robert Meyiwa was a South African professional footballer who played as a goalkeeper and captain for both Orlando Pirates in the Premier Soccer League, and the South Africa national team. He was shot and killed in a home invasion on 26 October 2014. 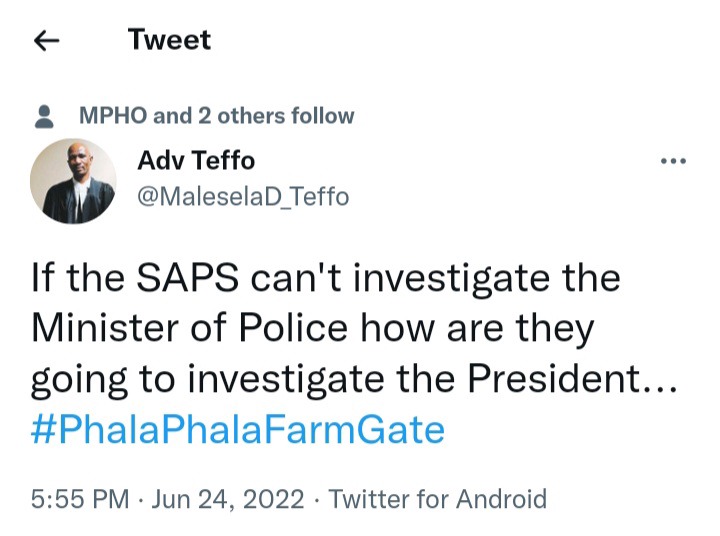 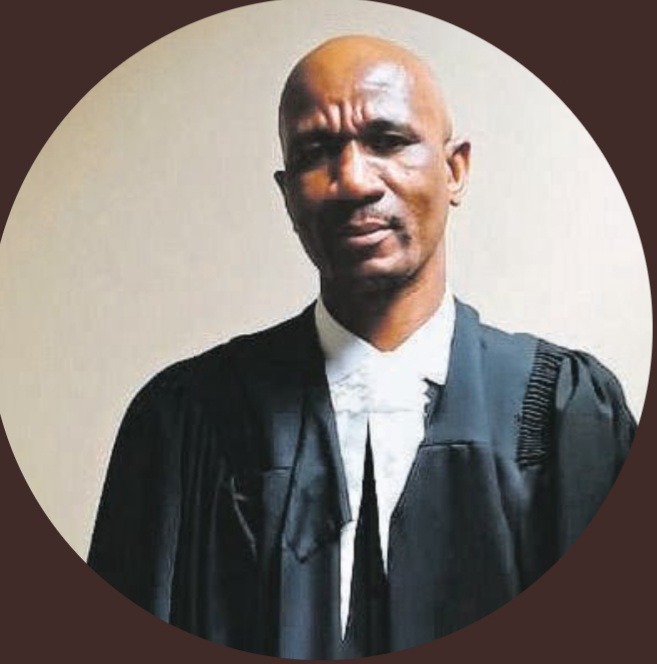 I guess Adv Teffo is right , if the police are falling to investigate simple crimes, how do we expect them to investigate people in higher positions or even the President?