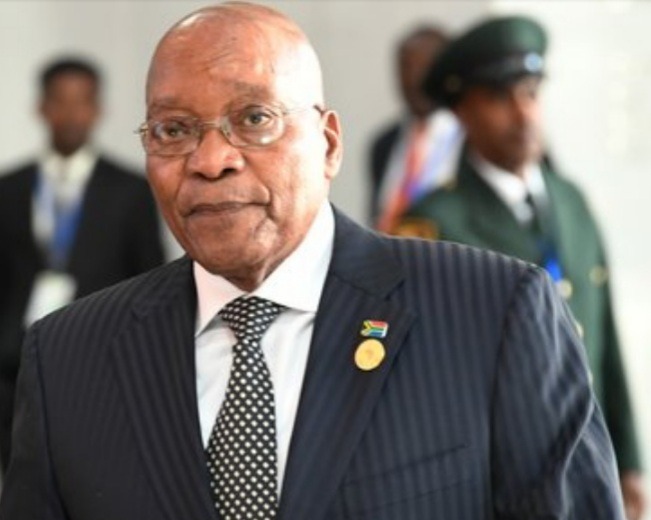 Former president Jacob Zuma said he is going to ask the Judicial Service Commission (JSC) to investigate what describes as unlawful comments by the chief justice Raymond Zondo on matters currently before the courts.

Zuma has indicated that he will be reporting Zondo to the JSC, in a week or two.

This was revealed by the former president's foundation on Saturday during a media briefing in Sandton. Speaking on behalf of Zuma, the foundation addressed journalists on Zuma's response to the recent release of the fifth and final state capture report.

The 80-year-old was suppose to appear at a media conference according to his foundation invitation. But there was no seat at the table for him when proceedings began almost an hour late.

Advocate Dali Mpofu and Zuma's daughter Duduzile Zuma-Sambudla offered apologies saying the former president was advised to stay away from the media briefing because of his bail conditions.

"He is not here because we have advised him not to come due to the parole conditions. Just to take a precaution around the issue.

"We obtained the necessary agreement for him to come here as long as he did not engage with the media. This morning, upon our own reflection on the parole conditions and to avoid unnecessary hassles, we advised him that he should not attend. Said Mpofu.

The condition he cited referred to attending gatherings except at your place of residence.

Zuma's spokesperson Mzwanele Manyi said the former president wants Zondo to investigate the accusation that the former spy boss Arthur Fraser's decision to release him on medical parole, was influenced by their relationship.

Zuma was sentenced to 15-months imprisonment sentence for contempt of court after ignoring a Constitutional Court ruling that he should appear before the State Capture Commission of Inquiry.