This, after the Zondo Commission deemed it unlawful and unconstitutional.

ANC chairman Gwede Mantashe earlier criticized the commission's conclusion, and the party opposes the DA's court petition to declare it unconstitutional and illegal.

The African National Congress (ANC) declared that it would reassess its cadre deployment strategy after the state capture committee ruled that it was unconstitutional and unlawful.

Additionally, the party said that it will defend its policy against the DA's court action to have it declared unlawful and unconstitutional.

Before this week's meeting of the ANC's national executive committee (NEC), however.

In its statement following the meeting, the NEC mentioned the release of the Zondo Commission's final reports on state capture.

"The NEC acknowledged that some of the observations and results are undoubtedly disconcerting, but vowed that the movement would address all aspects of the commission's report with candor and transparency. This should increase the movement's efforts to identify deficiencies and take the required measures to remedy them."

The NEC adopted a "plan of immediate action."

Regarding cadre deployment, the NEC stated:

The ANC will review, among other issues, its cadre deployment strategy and practice, party financial principles, organizational discipline and accountability, and parliamentary supervision in response to findings of shortcomings and failures.

A task force led by long-serving ANC NEC member Jeff Radebe, who served as a cabinet minister during the era of state capture, will offer "recommendations on key concepts in each of these sectors."

The statement did not specify the nature of this "examination" of a policy dating back to the late 1990s.

The findings of Chief Justice Raymond Zondo regarding cadre deployment were devastating.

According to President Cyril Ramaphosa and the ANC, it might be abused to promote corruption and state capture, he claimed.

Zondo asserted that if a political party had the ability to make nominations, it could use this authority "to pursue purposes that are not in the best interests of the country."

He added that the current constitutional and statutory framework made it "illegal and unconstitutional" for a president of this country, and any minister, deputy minister, director-general, or other government official, including those in parastatals, to consider the recommendations of the ANC deployment committee or any deployment committee or similar committee of any political party when determining who should be appointed to a position in the public service or in ostensibly state-owned enterprises. 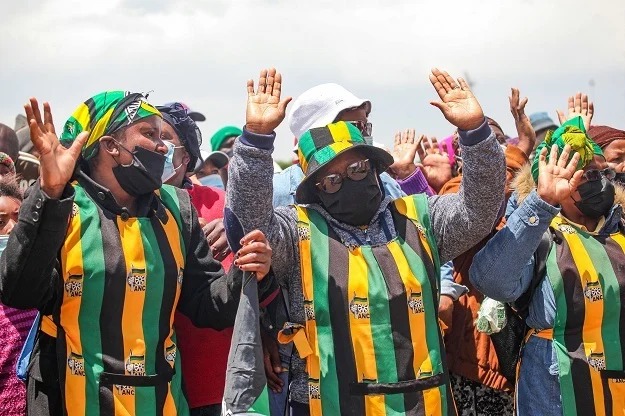 A few days after the report's release, the chairman of the ANC, Gwede Mantashe, criticized Zondo's findings on cadre deployment and dismissed them as those of a commission, not a court.

"It should be illegal that, in 1994, every department head was white." This is what is actually illegal, but if cadre deployment, which altered the circumstances, is suddenly considered illegal, then I do not know what is illegal," he remarked.

Just prior to the release of Zondo's final reports, the DA petitioned the Gauteng High Court in Pretoria to declare cadre deployment unconstitutional and illegal.

On 1 July, the ANC submitted a notice of opposition to the application.