By Liah (self media writer) | 1 month ago 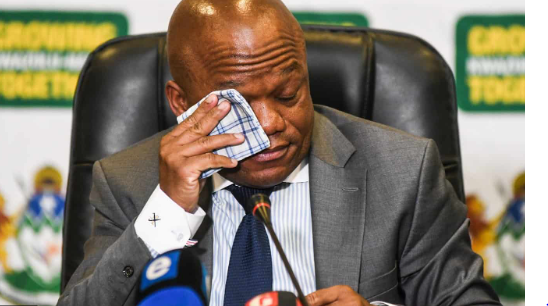 Former Premier Sihle Zikhalala reportedly told Ramaphosa that if he loses the provincial chair election to Siboniso Duma at the 9th provincial conference in Durban, he will resign. The chairperson position received 1 600 votes out of the 1 607 voting delegates. Three people voted no, and at least two ballots were spoiled. Duma received 930 votes, while Zikalala received 665 votes. The ANC's provincial secretary, Bheki Mtolo, stated that the PEC wanted to clarify Zikalala's abrupt resignation. He stated that the provincial leadership wanted Zikalala to remain in office until the general elections in 2024, but he resigned.

During a live television news briefing, Zikalala announced his resignation to clear the air about the movement's and the government's future strategic direction. He said, “It is my principled position that the ANC remains the strategic centre of power. We should provide uninterrupted strategic leadership in the movement, the society and government. As an individual member of the ANC, or as individual members of the ANC, we joined the organisation voluntarily and with no expectation of material benefit.

“In joining the ANC, we avail our skills and expertise as at the disposal of our movement. It is my sincere conviction that revolutionaries should at no stage be an over-burden to the to the revolutionary movement”, he added .

After his statement , the ANC in Kwazulu -Natal issued a statement saying it had accepted his resignation “with pain and difficulty as he was still doing a great job in the province. "We are grateful for the job he has done for the people of this province and we appreciate that he made a conscious decision not to leave office hastily"

“Zikalala’s tenure has come with a lot of good in the province, including a number of provincial government departments receiving unqualified audit outcomes for the first time. We thank Zikalala for his dedication to serve the people of KwaZulu-Natal as he was mandated by the ANC,” it added. This comes after Zikalala held the position since May 2019.

Content created and supplied by: Liah (via Opera News )