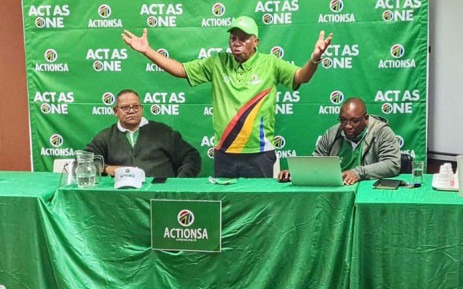 JOHANNESBURG - The Independent Electoral Commission (IEC) said it couldn't settle on true choices evaluating its standards only for one ideological group.

In its contention on Thursday under the watchful eye of the Electoral Court in the conference brought by ActionSA, the commission expressed that the party decided not to enroll its shortened name and ought not anticipate that the IEC should meddle with that.

ActionSA has prosecuted the commission after its name was precluded from the ward polling form papers after it left the space requiring a truncated name void while enrolling.

The IEC said its prerequisite for a curtailed name of ideological groups for the ward voting form was the same old thing.

It said nobody had whined about the standard previously.

The IEC said ActionSA's test against the plan of the polling form should fizzle as their choice was legal and sacred.

IEC legal advisor advocate Michael Bishop said: "What is truly on a basic level of this case is that the candidate looks for differential treatment from the commission. Thus, it acknowledges that the commission was qualified for utilize just condensed names for most gatherings, and it should be so in light of the fact that the complete names would not fit. Yet, its contention is that, since its complete name is just eight letters in length, it ought to be dealt with in an unexpected way."

ActionSA has contended that its name fits the specialized portrayal of eight characters and along these lines needn't bother with an abridged name on the paper.

It added that it would be biased at the surveys should the IEC not be requested to mirror its complete name on the ward polling form papers.

The party communicated its perspective under the watchful eye of the appointive court on Thursday morning after the IEC precluded its name on the polling form and just mirrored its logo.

It said the choice was illegal and unlawful, and given the level of new party contestants in the political conflict, it was significant for ActionSA's name to show up in full.