In the coming days or weeks, the African National Congress (ANC) will likely kick off the process of accepting nominations for its 55th national elective conference.

A great number of names of people who could be interested in running for various positions have been thrown around, and on top of that, the participation of women has been actively sought after in all aspects of the organization.

However, a female candidate for the position of minister of defense, Thandi Modise, is said to have declined a possible nomination to become the first female ANC deputy president as President Cyril Ramaphosa's running mate. Modise was reportedly offered the opportunity.

According to Kgothatso Madisa, a politics journalist for TimesLIVE, Modise is believed to have informed those who were lobbying for her to run for office that she is not available to contest the election because "she wants to rest," which suggests that she may be contemplating retirement in the not-too-distant future.

According to reports, a considerable number of branches in the province of Free State have pointed to her as a more qualified candidate than others. 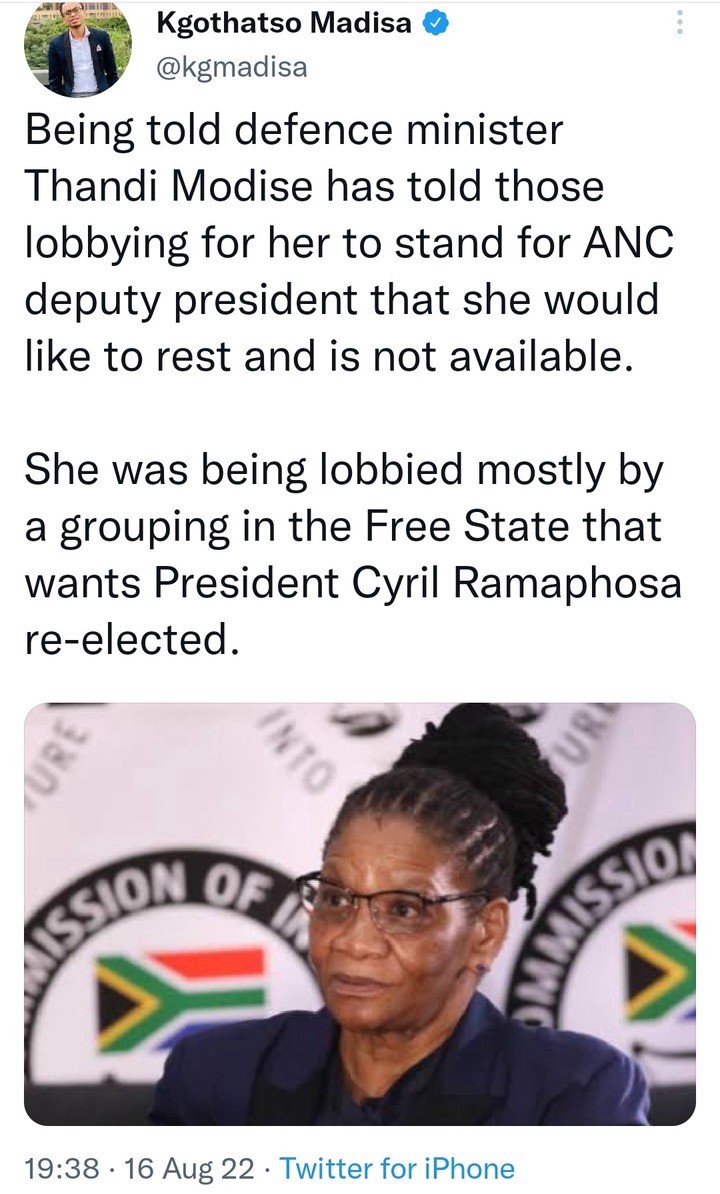 The 62-year-old politician, whose political career has not been plagued or tainted by scandalous actions, has been considered to be one of the individuals in the ANC who is arguably less contentious than others. 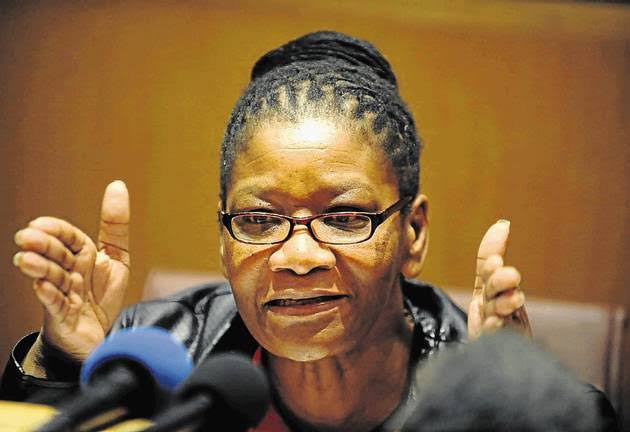 In the same vein, based on the number of fellow comrades who are rumored to have their sights set on the position of vice president, you may get the impression that it is currently open for applications.

At the Mpumalanga provincial conference, a faction that is diametrically opposed to David Mabuza's ideological posturing emerged victorious, which, in effect, meant that he had no solid ground to mobilize for his own re-election campaign. The incumbent, David Mabuza, was significantly bruised as a result of this development. 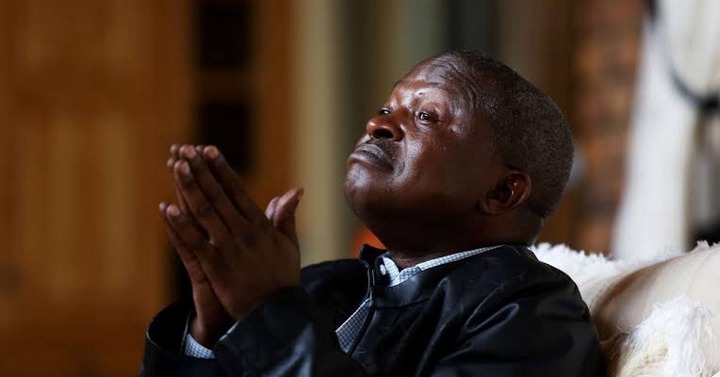 His medical history has also been the focus of extensive debates within the ANC. Some members of the organization are of the opinion that the position of deputy president ought to be held by a healthy individual; consequently, Modise, a former member of the ANC's military wing, uMkhonto We Sizwe, was an ideal candidate to fill this role. The withdrawal of Modise follows that of Gwede Mantashe, who declared a week ago that he would not compete for the position because he believed a much younger individual should be considered for the role.

Some of the positions that Thandi Modise has previously held are as follows:

From 2014 until 2019, she presided over the National Council of Provinces in the role of Chairperson.

- The Speaker of the National Assembly of South Africa for the years 2019 through 2021.

What are your thoughts on Modise's decision to withdraw from the election for president of the republic?