By Oyems (self media writer) | 8 days ago 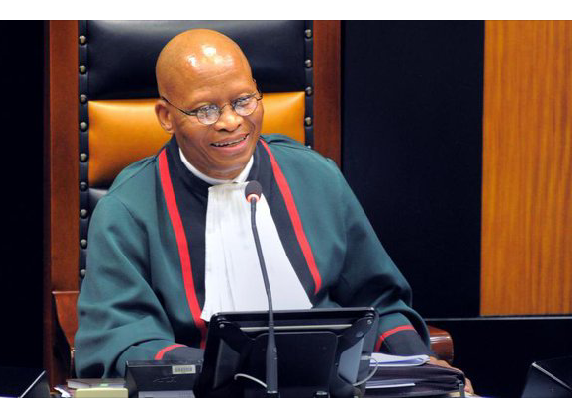 td Chief Justice of South Africa Mogoeng Mogoeng to run for president in 2024 under new All African Alliance Movement (AAAM).

He must stay away from the politics, he must not do what Zondo did, he will never be respected that judge Zondo as reputable judge, since he is now called Comrade Zondo, he put his nose where it should not be, Zondo took away his smallest dignity that was left in him ,now he is Comrade Chief Justice Zondo. I hear their values will be Ubuntu and Tribal Values

And all Land must be under the administration of Tribal authorities.

I am not expecting anything better from Mogoeng!

He closed Zondo to be a chair of a state capture commission!

Nowhere in the Constitution he has those rights as CJ.

Well, this is rich coming from someone who protested against the Judiciary being Apolitical? He always said the judiciary is being captured by politicians. Did he have this plan while being Chief Justice?

I sense subjectivity from your questions, though they’re valid. For what I’ve gathered so far from the announcement is that he was approached. Which means:

1. He waited until he left office then pursued this idea

2. Or, he bought into the idea of post office term. Or

The name All African nton puts me off

We need something that focuses on “South Africans. And rebuilding South Africa. We are in this illegal immigration mess because of this “African Some people act like we owe them because we are in Africa.

It's worrying that in these country we hail people like Bonginkosi Khanyile,Hlaudi Motsoeneng, Mogoeng Mogoeng, Malesela Teffo,Andile Mngxitama and Mzwanele Manyi e.t.c and see them as presidential material, it seems uttering nonsense qualifies one to be praised seen as a hero. Yes, he can stand, but his prospects will suffer big time the moment he associates with this faceless religious group called AAAM. Politics and religion must never be mixed. Can the ferociously corrupt, inequality & racist driven SA private sector stand a pure soul like the distinguished CJ Mogoeng to lead it? He will set this whole lie of SA straight, including decolonizing the law, united exams board, & financial institutions. God bless Mogoeng CJ.

Someone said on Twitter that, He served that office with dignity to a point where he rejected millions of dollars when he was offered money by the deep state agents. Would you not trust a person of such character?