By KevinGary (self meida writer) | 1 months 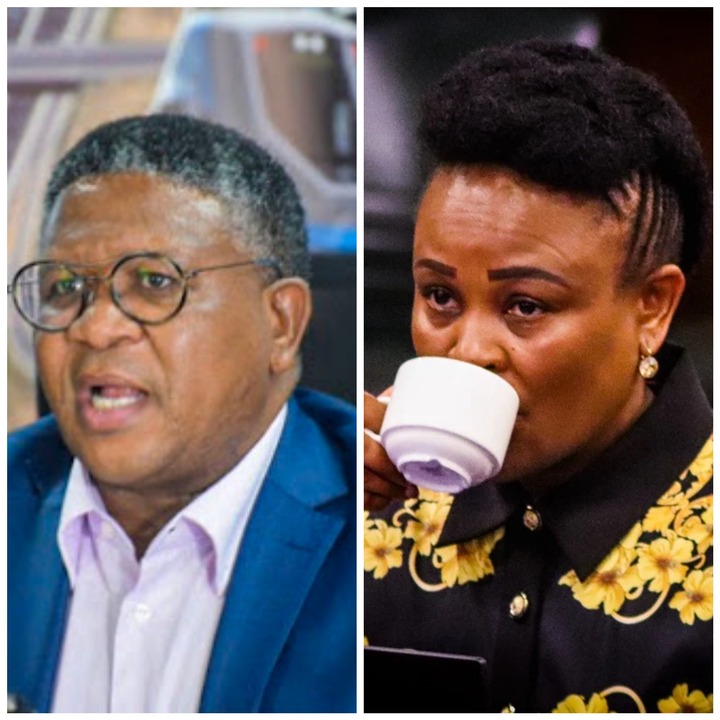 The Public Protector Advocate Busisiwe Mkhwebane has opened a case of crimen injuria and contempt against the Minister of Transport Mbalula Fikile. The case was opened at Brooklyn Police Station earlier today. 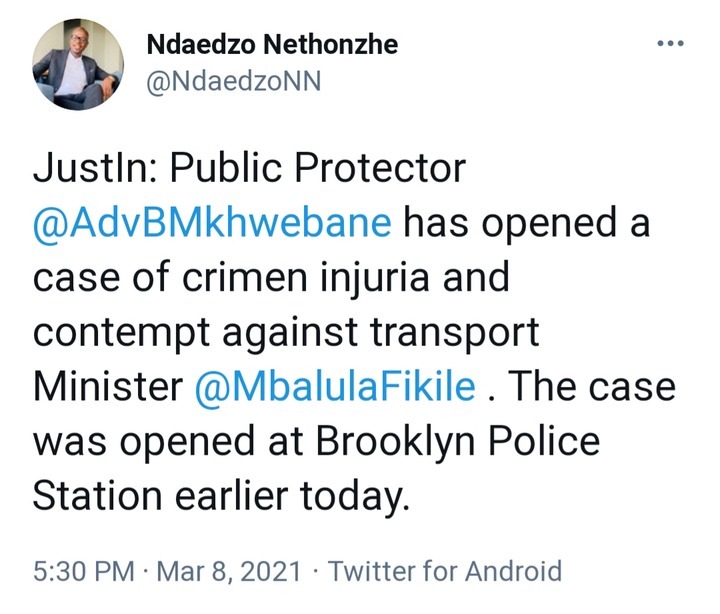 On Sunday, Mbalula said that Mkhwebana is a hired gun not the public protector. Some said that Mkhwebane is very lucky to be still holding that office. They said that President Cyril Ramaphosa is very soft and the justice system and democracy allows this by protecting suspects. 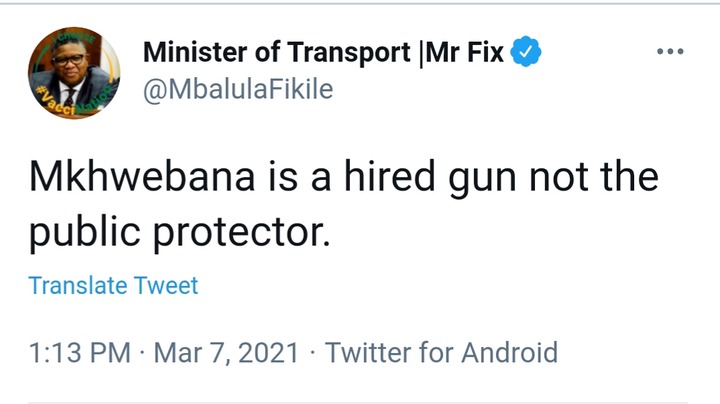 The support for the embattled Mkhwebane appears to be growing among a certain faction in the African National Congress (ANC) ahead of a proposed enquiry into her fitness to hold the office.

Ace Magashule, the ANC secretary-general has come out in support of Mkhwebane and also managed to get some of his comrades riled up. But Mbalula is against Magashule's idea of supporting the public protector.

The Sunday Times reported that Magashule said principled ANC MPs would not vote in support of the motion brought by the DA, referring the opposition as “the enemy”

“Officially I can say there is no way the ANC can support the enemy of the revolution, the DA. We can’t vote with the DA on principle matters,”

Nelly Tembe's father break the silence about AKA and Nelly's relationship in the funeral.

"I combined a few cents, and spoiled myself today", see people's Sh0cking reactions

"I will never breastfeed my child," Popular actress Monalisa solidifies her stand with new claims